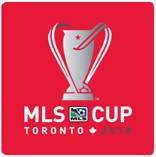 By Michael Lewis – NEW YORK, NY (Nov 11, 2010) US Soccer Players — Memo to the powers that be of MLS who are pondering the future of the playoff system: Here is some unsolicited input from the ones in which the post-season matters the most – the coaches. After all, their livelihoods live and die about reaching the playoffs.

In an informal poll of 10 coaches and assistant coaches, including those who have reached this year's playoffs and others who are on the outside looking in, seven agreed on one thing: keep the post-season at eight teams.

"Eight is enough in the playoffs," Columbus Crew coach Robert Warzycha said. "There is no question."

Six coaches – four head coaches and two assistants – concurred. They wanted the number of playoff teams to remain the same, even though the number of teams will increase from 16 to 18 next season, with Portland and Vancouver joining the League.

"It's got to be a challenge," said Colorado Rapids coach Gary Smith, whose team hosts the San Jose Earthquakes in the Eastern Conference final on Saturday. "To get there, there is some success and some reward for actually achieving that. I don't think those spaces need to be extended or expanded. We're thoroughly excited to be where we are and believe we are moving forward in gaining one of those post-season berths. So don't give them away."

FC Dallas coach Schellas Hyndman said he wanted to see the League remain at eight "unless I'm the ninth."

Then he got serious. "When you have eight teams competing, it just forces you to take every game so very serious," he said. "The better teams are going to be in the eight.”

Here's a quick sampling of other opinions:

New York Red Bulls coach Hans Backe: "If you have 16 teams now, it would be 18 next year. To keep the quality, the short answer for that, it is enough with eight."

Kansas City Wizards assistant coach Octavio Zambrano: "The current format is OK," he said. "It does reflect as far who should be around and who shouldn't. I say this with the premise that I am not a believer in playoffs of any kind. I am more of  a traditionalist in that sense where I believe the league's around the world, like the German League, the Spanish league, the Argentine league, etc. etc., where there are no playoffs, that is the proper way of doing it. In the absence of relegation, the fewer teams that make the playoffs, the better."

Houston Dynamo coach Dominic Kinnear could have easily have proposed more teams in the wake of his team missing the playoffs this season.

"I think if 50 percent of your league makes the playoffs, that's a good number of teams," he said. "Even when we had 10 and eight teams made it people probably thought it was too much. It works out nicely now that eight teams are perfect. I could have said 10 or 12 and then we'd be in it this year. I think when it's eight… every game has a lot more meaning than it did in the past."

Real Salt Lake coach Jason Kreis has seen both sides of the issue and came up with a compromise.

"I'm really straddling the fence because I really think the League should make strides to put more importance on the regular season," he said. "One way of doing that is limit the number of teams that make the playoffs. There are obviously other ways they could accomplish that task. that's the part of the argument that keeps me leaning to get it at eight because I want real emphasis to be put on the regular season."

"The other part of me says, 'Wouldn't it be interesting if some teams got a bye in the first round and we allow a few more teams to play in. That would be another way to put emphasis on the regular season. Then you could say, OK, if you do real well, you will get to rest a week. You could look at your opponents and get ready for that first round match-up."

"We need to look at different models as well, either expanding the number of playoffs like the NFL, having wildcards, one game [series]," Philadelphia Union coach Peter Nowak said. "It could be for the fans. It would be reasonable to make MLS Cup. Expanding to 18 teams, 10 teams making the post-season is a little bit short in number…. Maybe it is something we could look into like the NFL. It would be more visible. The higher ranking teams would have a bye to prepare for the playoffs, not going from week to week. In some cases, it has been difficult for them, especially, for instance Columbus. They had to play on Thursday and go across the country."

Sarachan would like to see the League fix this year's setup where the Red Bulls, the Eastern Conference champions, played the #8 seed, San Jose, which finished sixth in the West. He felt the Galaxy, the Supporters Shield champions, should have the Quakes and not Seattle in the opening round. Translated, the playoff structure should have been a straight first seed vs. eighth seed situation and so on.

"The easiest thing to do, which would be normal, is the top team, which is us, plays the eighth team. One plays eight, two plays seven, three plays six. Structure it like most leagues do. If you finish with the lowest points of the eight, you play the top team…. When you start moving teams like this year, to the public it gets confusing. To us, we get it."

Some coaches felt the Supporters Shield winner has not received the proper respect since that team has accomplished that feat over several months. That could come in the form of a bye in the first round.

"The Suppporters Shield should have a bit more attached to it because all in all, I think everywhere else in the world that team is the most consistent of finishers at the top of a single table. it is the best, most consistent team in the league," Smith said. "We're in a cup competition right now. If you ask me, its the most important thing going on because we're in it. But most coaches and managers will say to put a group together and to battle it out through the season and best the best team is particularly a big honor."

Even if the reward is more money to spend on players or at the club the next season.

"The Supporters Shield should be a type of award that should carry a lot more rewards, not just a plaque," Zambrano said. "The League should give the Supporters Shield much more of a recognition. I don't know if that means getting more money to spend at the club, some kind of financial reward for the acquisition of players. Some sort of recompense for being first in the League in points at the end of the season."

The ball, as they say, is now in the League's court. Will the decision makers take any of the recommendations of the coaches, compromise, or take a different path? We'll find out soon enough.

Michael Lewis, the editor of BigAppleSoccer.com, can be reached at SoccerWriter516@aol.com.