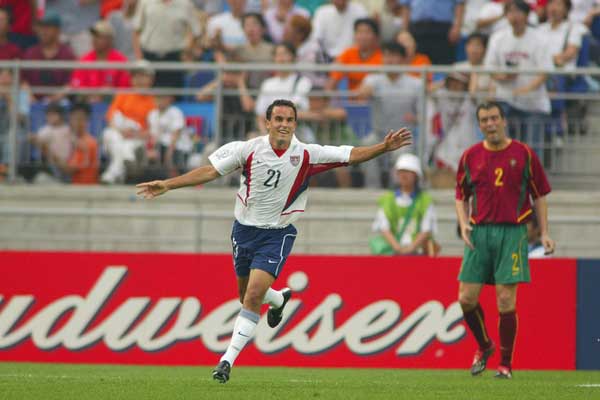 By Clemente Lisi – NEW YORK, NY (Jan 21, 2013) US Soccer Players – Last month’s Christmas break was an opportunity to see family. For soccer fans in my family, it was certainly a time to debate the game and talk about the moments of 2012 that stuck out most. For some, as was the case with me, it was also a time to talk about the past and who remain the game’s greatest all-time players. Of course, this debate leads to the usual contrasts and comparisons. Inevitably, past World Cups come into play.

Fuzzy memories lead to flawed arguments. Before you know it, you’ve managed to spice up the festivities by starting a family fight. Though as we’ll see, that might cause its own problems, one potential way to win this argument is to rely on statistics. Yes, soccer likes to think itself immune to the kinds of statistical revolution that – at least in retrospect – turn good players into great in sports like baseball. Soccer is not like baseball, where many different stats are used to rate a player. Nonetheless, there are plenty of ways to gauge which players posted better numbers, even during different eras. Below are three comparisons between players and my argument for who performed better.

Statistics don’t account for how pretty a goal may be, but it does show a player’s consistency over a specific time. Let the arguments continue.

Who had the better World Cup, Pele in 1970 or Diego Maradona in 1986? Good luck on convincing neutrals one way or the other, never mind those that have a stake. There will never be a winner. Both can lay claim to that and there are many ways to make the case. Pele won three World Cups, Maradona one. Maradona played in Europe, Pele never did. We can argue that Pele had better teammates than Maradona, putting the emphasis on the supporting cast. In a team sport, it is difficult to compare individuals. It has been said that both Pele in 1970 and Maradona in 1986 single-handedly helped their teams win the World Cup — Maradona even more so after actually using his hand to score against England in the quarterfinals.

With that in mind, let ‘s look at some stats comparing the 1970 Pele and the 1986 Maradona, according to a feature by OPTA that allows for comparisons in several categories from players from different World Cups since 1966. Pele played in six games at the ’70 tournament, Maradona seven in ’86. Both players went the distance in all of those games, and that alone shows their value. In the goals department, Maradona had five to Pele’s four. When it came to assists, Pele had six, Maradona five. So far, these numbers are pretty close.

As for passing accuracy, Pele came out ahead, 83.9% to Maradona’s 79.8%. When it came to duels won, Maradona was the one who came out ahead, 62.6% to Pele’s 42.7%. This is not to say that one player is better than the other, but the numbers reveal that each performed equally well. However, the tiebreaker for me is age. Pele was 30 in 1970, Maradona 25. That is a considerable difference, particularly for a striker.

Another clash of two different eras with the goalkeeper comparison of Gordon Banks of England against Italy’s Dino Zoff. Again, both players won the World Cup in the tournaments we are comparing. England, as the home side in ’66, had a great run to the final before defeating West Germany 4-2 in overtime. Goalkeepers, like no other position, are beholden to several outside factors, including how strong a defense is.

Banks put up some tremendous numbers at the ’66 World Cup, according to OPTA. For instance, he played in six games and conceded just three goals. Banks had four clean sheets and saved 87.5% of all shots he faced. Zoff, on the other hand, played in seven games and conceded six goals, mostly due to Italy’s poor start at that tournament. By comparison, Zoff had two clean sheets and saved 81.8% of all shots.

While both ‘keepers had great tournaments, Banks had a far superior one. If you want to throw age into the mix this time as well, Banks was 29 while Zoff was 40. It’s not uncommon for goalkeepers to play into their early 40s, but in this case performance trumps experience.

What about comparing the same player from two different periods of his career? This is always a fun one. In this case, I chose the best player this country has ever produced, Landon Donovan, and decided to compare his 2002 World Cup against the one in 2010. Both are two of the strongest performances from any American at international level, and it makes for a curious matchup. Although the USA had a better tournament in 2002 (quarterfinals versus the Round of 16 in 2010), did Donovan perform better when the team did better?

To answer those questions, the OPTA stats take precedence but don’t tell the whole story. The younger Donovan performed better statistically, meaning he put up better numbers when the USA performed better overall. It may even be that the USA got further into the tournament in 2002 because Donovan put up better numbers. Again, it’s hard to quantify when comparing individuals playing a team sport.