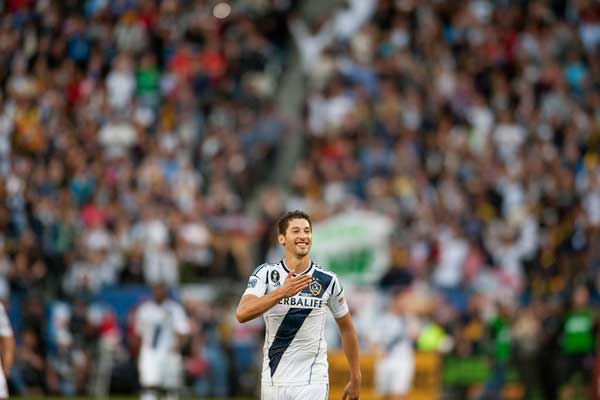 By Jason Davis – WASHINGTON, DC (Jan 4, 2013) US Soccer Players – Just as the semiannual frenzy begins in Europe, when every moderately unsettled star and even a few completely comfortable ones are linked with shocking moves to new teams, Major League Soccer and its clubs sit idly by waiting for their moment. In few rare cases that will mean jumping into the fray in a bid to bolster their rosters. In others, it means dealing with up to a month of rampant speculation and possible loss of one of their own young performers.

MLS fans sit on the sidelines twiddling their thumbs, hopeful for the day the figurative smoke signal rises from club HQ announcing a new addition, but keenly aware that MLS is a spectator to the Continental market, not a truly active participant.

The impetus to wheel and deal in the coming and goings of the trans-Atlantic venue seems to be limited to a handful of clubs based on a range of very specific conditions. It’s the teams facing early challenges in the CONCACAF Champions League, those in need of a an overhaul with the willingness to look to Europe, and the select few with players attracting foreign attention in part because their contracts are running low on time. That’s a distinct minority in this League.

The LA Galaxy check two of the applicable boxes. They have both Champions League soccer looming as well as an in-demand star with reciprocated European interest. The defending champs have already signed a new goalkeeper, Tottenham backup Carlo Cudicini, the only noteworthy Europe-to-MLS move a few days into January. With David Beckham no longer on the payroll, rumors endlessly swirl that LA will replace him with a high-profile name sometime this month. It would be silly to bet against them doing so, though the reasons for bringing in someone like Frank Lampard aren’t all about improving the team. The Galaxy inhabit an MLS twilight zone where the size of the marquee is almost as important as the return they will get on the field.

Omar Gonazalez’s future is more crucial to the Galaxy’s immediate outlook, however. If he’s still a Galaxy player come the start of the CONCACAF quarter finals, LA’s defense will remain a strength. If not, Bruce Arena will have a gaping hole to fill and a questionable retinue of players with which to fill it. The Galaxy are both a big player on the player acquisition front – certainly the biggest in MLS – and a club beholden to the winds of a market that typically blow younger American talent towards Europe. It wouldn’t be hyperbole to say the Galaxy’s 2013 season hinges on the January transfer window for just this reason.

Though MLS teams sit out the European frenzy for the most part, they’ll remain active in building their teams. As we speak, word of various clubs dipping into South and Central America for a new complement of players is trickling through the gossip grapevine.

Clubs from Colorado to Toronto FC are on the lookout for economic options to improve their lineups. Those moves indicate clearly that the League’s focus remains on players to the south rather than on spending the resources needed to acquire recognizable European names. Not only do reinforcements from the Caribbean and Latin American come cheaper than their European counterparts, clubs can leverage the comfort of the American and Canadian lifestyle as a selling point.

The key difference between the MLS version of the January market and that of the European one is that MLS clubs are not limited to January for signings and do not generally pay exorbitant transfer fees to procure their new talent.

MLS January is just like MLS December, only closer to the start of preseason camps and the first kick of a new season. It’s not necessary at all, as Sporting Kansas City has proven, to wait until the new year to tweak your roster.

Sporting’s flurry of moves in December, including the signing of Argentine forward Carlos Bieler from LDU Quito, sets them up for a rather relaxing run-up to the 2013 season. Europe’s transfer window affects them not at all. Even the one player they’re losing to Europe, midfielder Roger Espinoza, was already lined up to leave well before the January window opened.

For now, the midseason European transfer window means little to MLS. Like weather systems sharing the same atmosphere but rarely interacting, North American soccer’s player movement period is related to events on the other side of the Atlantic in type but little else.

With that in mind, MLS might not take part in Europe’s action at all in 2013. Maybe a European club will come in with an offer for an MLS player or two. Perhaps a few someones, more than likely released by their clubs, therefore making them free transfers, will follow in the footsteps of Beckham and Henry. Loans are always possible (see Dawkins, Simon), and occasionally a journeyman will trade European struggles for a shot at American revival.

Until the day comes when the calendars align or the purse strings loosen, MLS will remain little more than an occasional participant in Europe’s silliest season.