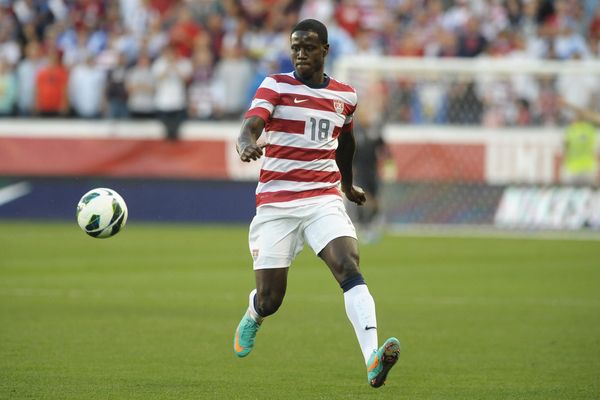 Tony Edwards – San Jose, CA (Jan 29, 2013) US Soccer Players – In Tuesday’s column, Tony looks at what Montreal got out of the Eddie Johnson trade a year down the line, suggests the title to the book on Chivas USA’s 2013 season, and predicts the Galaxy won’t struggle as much as they did in 2012.

How did Montreal make out in the Eddie Johnson trade last season?

Well, Mike Fucito is now in San Jose, via Portland, and Lamar Neagle is back in Seattle, dealt this weekend for an international roster spot that is good through 2014. Whether it’s a case of Montreal giving up on talent too early or not finding a system that maximized their strengths, Seattle ends up with Eddie Johnson and Neagle, San Jose ends up with Fucito, and Montreal has a headline on their website touting that the club now has 11 international roster slots (3 open at present).

Ok, fine, Montreal wants to set its own course and assemble an international squad for an international city or some such ridiculousness. In an Eastern Conference where teams are getting better, Montreal doesn’t look any more likely to bridge the playoff gap than they did at the end of the 2012 regular season.

So what’s the title of the book about Chivas USA’s 2013 season?

Eight Seconds or Less, both reflective of their new coach’s philosophy and paying homage to Jack McCallum’s book about Whitecaps investor Steve Nash and Mike D’Antoni’s Phoenix Suns from a few years back.

Chivas forward Tristan Bowen told MLSsoccer.com that training camp focuses on getting forward quickly. “…[s]o far, our training is mostly based on being aggressive both offensively and defensively when we win the ball. We’re trying to win the ball within eight seconds and immediately get to goal,” Bowen said.

Then the article cited new head coach Jose Sánchez Solá’s use of tape on the practice field (to limit available space and increase the speed of play) as something new and different, as opposed to something every good club coach from U-10 and above does. More pointedly, Sanchez Sola has said he’d like more assistant coaches. As of yesterday, the Chivas USA website only lists a goalkeeping coach and a massage therapist.

Even with temporarily anointing Salt Lake the favorites out west, is it possible the Galaxy could be better this season?

Going into multiple competitions, again this season, Bruce Arena looked to shore up his goalkeeping and clear up some of the lingering roster issues from last season by resolving Juninho’s roster status before training camp started. It’s likely the Galaxy will adjust better to their early season challenges to stumble out of the gate two seasons in a row is unlikely. Having a healthy Omar Gonzalez and Robbie Keane might make the Galaxy the favorite for their early March knock-out round games against Herediano (March 7th and 13th).

Counting all games played in calendar year (minimum of 10), in what years did the US National team have their best winning percentage?

In a league with as much parity and as long a season as MLS, can one player really be the difference between the qualifying for the playoffs and not?

Columbus believes Chad Marshall is the difference. Marshall isn’t that many seasons removed from twice being Defender of the Year. For a team that gave up too many goals last season, it’s a proven solution to an obvious problem.