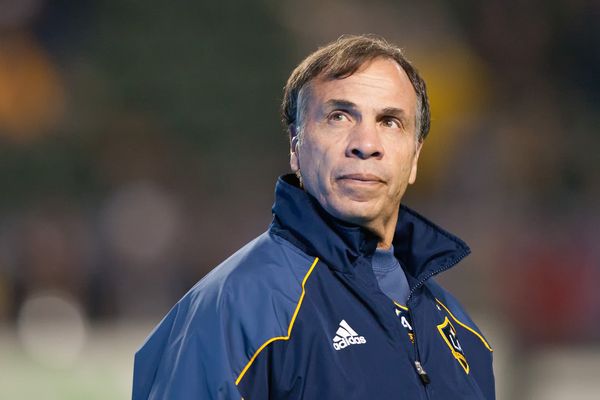 By Jason Davis – WASHINGTON, DC (Feb 14, 2013) US Soccer Players – Bruce Arena saved the Los Angeles Galaxy. There’s really no other way to look at it. Back in 2008, with the team in disarray, it was Arena that arrived on the scene and slowly took the Galaxy back to the top of the Major League Soccer heap. Nearly four years later, Arena’s faces a task much more difficult than getting a good team playing poorly to become a good team winning titles.

Beginning in 2009, Arena’s first full season on the job at the Home Depot Center, the Galaxy have collected two Supporters’ Shields, appeared in three MLS Cup Finals, and won two championships. Arena’s influence is a direct reason for all of that success. Despite the League’s highest payroll, navigating an MLS season fraught by parity with a roster possessing such a disparate range of salaries is no easy task. Arena’s greatest trick over the past four seasons was turning a motley crew into a cohesive unit, then holding them together.

Things change in 2013. The Galaxy, ever so slightly, are coming apart at the seams. David Beckham has moved on, trading the glitz of LA for the glamor of Paris. Landon Donovan’s status is unknown. As if starting the season without those two star players wasn’t enough, the Galaxy’s plan to replace and reload is up in the air. Admitted target Frank Lampard is suddenly back in Chelsea’s plans, and England National Team manager Roy Hodgson has warned the midfielder against a move to MLS. If Lampard follows in Beckham’s footsteps and makes the move to America, he might risk his chance to reach the 100 cap milestone or appear in another World Cup. Lampard wouldn’t join the Galaxy until after the end of the Premier League season, but the constant speculation surrounding a possible MLS move has done the Galaxy no favors as they prepare to defend their back-to-back titles.

Then there’s Kaka, a player who would make the Galaxy an immediate contender for another trophy if LA figures out a deal with Real Madrid. The Spanish giants want an exorbitant fee well beyond what the Galaxy would be willing to pay. It’s another instance where speculation has unsettled a team trying to transition from the Beckham era.

Arena might not require big name stars to win, but he does require talent. He still has Omar Gonzalez to anchor his defense and Robbie Keane to lead the front line, but questions abound in the Galaxy midfield. Securing the services of Brazilian defensive midfielder Juninho permanently is a coup for LA, but his contributions are less important–and his talents less leveraged–without a strong attacking presence in front of him. The Galaxy simply don’t have one. What they do have is youth, another starting caliber defensive midfielder in Marcelo Sarves, and a couple of decent wide players to complete the set.

That makes Bruce Arena’s job more difficult than it has ever been in Los Angeles. He can win, enough perhaps, with the group he has. Still, there’s little chance LA will play with the same sort of swashbuckling offensive ferocity as they have in years past. Juninho and Sarves on the field together makes for a steely, technical, but uncreative central midfield. No Beckham lying deep in midfield means fewer perfect balls in to Keane and whoever his strike partner happens to be. No Donovan for the start of the season allows opposing teams to give Mike Magee more attention than he’d otherwise receive. More attention on Mike Magee means less freedom for him to pop up in just the right place to make a crucial pass or score a crucial goal. Magee is a good player, but he’s a much better player when there are other players drawing away the defensive focus.

Even the supposed reinforcements Arena thought he could count on to get through a tough front end of the schedule haven’t panned out as planned. Highly regarded homegrown signing Gyasi Zardes broke a bone in his foot and will miss six to eight weeks. The young forward was certain to see plenty of time for the Galaxy alongside Keane and Jack McBean, the only two strikers LA carries over from 2012. Even if Zardes has been ready to start the year, the forward pool available to Arena has just Keane as a proven goal scorer.

Arena remade the Galaxy when he took over back in 2009, after a club desperate to cultivate a Super Club image fell flat. He steered the team through an era of distraction caused by Beckham’s presence. Even with Beckham gone, a different type of distraction hangs over the Home Depot Center. The Galaxy are now a super club, in a specific MLS context based on the last four seasons in the Designated Player era. However, this is a League that is quick to punish clubs who rely on previous success. Nothing lasts forever.

The season rapidly approaches, and the outlook for LA is nothing better than “uncertain.” Maybe the summer will bring joy on the designated player front, and perhaps reinforcements are in the works. A bad start definitely won’t doom LA, a team that has come back from the dead before after a poor start. With a depleted squad and less star power, 2013 is an opportunity for Arena to disprove one of his core beliefs about this league.  There are dynasties in Major League Soccer.