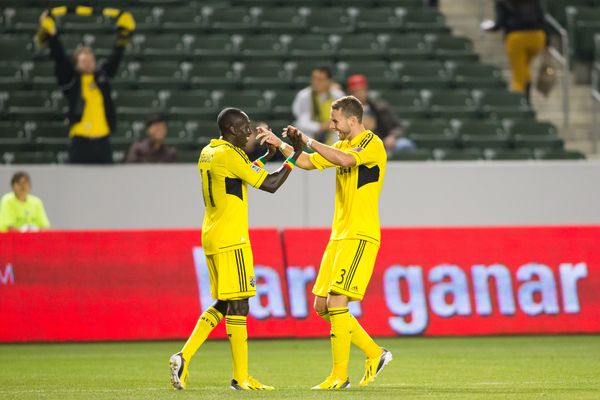 With the 2013 season kicking off and Major League Soccer clubs involved in the knockout stage of the CONCACAF Champions League, here are five big picture items MLS faces.

There’s too much at stake at this point for MLS New York not to happen. Yes, we already have a New York team, but playing pedantic with a team based in New Jersey when another based in Queens is a possibility doesn’t make sense. The MetroStars turned Red Bulls have had years to craft a regional team without the kind of success the New York market should provide. There are over 18 million people in the metropolitan area, and that should be more than enough to get at least 20,000 people to show up each time an MLS club takes the field. Where MLs finds itself is working through a stadium deal and eventually finding an owner in public, something the League normally avoids on principle. This is the league that tacks on every press release discussing money with ‘according to league policy.’ That translates to ‘none of your business,’ but now it’s everybody interested in the immediate future of this league’s business. That’s somewhat of a new reality for Major League Soccer.

Leaving the Era of Secrecy

It’s time for Major League Soccer to reconsider league policy. After years of keeping salaries closely guarded, the Players Union now announces what their members make twice a season. Yet, the league persists in not announcing salaries, lengths of contracts, and just about anything else that speaks to the business side of the league. No North American sports league can move the focus back to only what happens on the field. The contemporary sports fan expects more, reserving the right to judge a team as much on finances as performance. The era of salary caps without enough information to judge where a team stands has eroded and the league might as well finish that off by announcing numbers. This does nothing to impact the MLS version of single-entity. The league’s unfortunate insistence on the reserve clause and no free agency remains in place. It simply gives the fans additional information.

Recognizing Clubs in Trouble are a League Problem

If the list of clubs facing attendance, venue, or money problems is longer than say three – and it is – it’s difficult to put those problems squarely on the clubs involved. If a league is going to take credit for success stories, they also need to take responsibility for where the league’s model isn’t working. For MLS, that list includes established clubs trying to find a way forward. Yes, we know MLS teams can turn things around in an existing market. Kansas City might be the exception, and pointing to what happened there does very little. Based on attendance, soccer-specificity wasn’t the answer in some markets yet it’s still the way forward for any team in trouble. Seattle is the league’s most successful club at the gate and they don’t follow the soccer-specific mandate. The league sends a mixed message here.

An unintended consequence of single-entity is when individual MLS clubs decide they’re doing things better than the rest there’s not as a clear a reward as they’d like. MLS has moved quickly to address this through the myriad of rules that govern rosters, but it’s a bigger issue. This league’s design isn’t about putting any club first. It’s about the league, stressing one of the purposes of single-entity. Changing that can’t be ad hoc or tweaks to existing rules. It requires a fundamental restatement of purpose. What the league currently does is the competitive equivalent of what UEFA tried with their three European tournaments in the 1990’s. By trying to appease the elite clubs, they ended up with two tournaments bearing only a passing resemblance to what they once had. Better to make the obvious changes in a revolutionary moment rather than eroding one of the fundamentals of this league. Or, bring the clubs into line with the unified vision of what will move MLS forward.

Though it used to be a recurring talking point for league officials, the national footprint for the league doesn’t get regular mentions. That doesn’t mean it’s no longer a problem or the league’s expansion model was a solution. There’s still no MLS presence in the Southeast, south of DC and east of Dallas. There are no MLS teams in eight of the top twenty US television markets. What this creates is the same problem MLS faced in 1996. Without a truly national footprint, it’s more difficult to get the kind of nationwide ratings that impress. Since MLS isn’t a merit-based league like those in Europe, MLS addresses this through expansion and relocation.