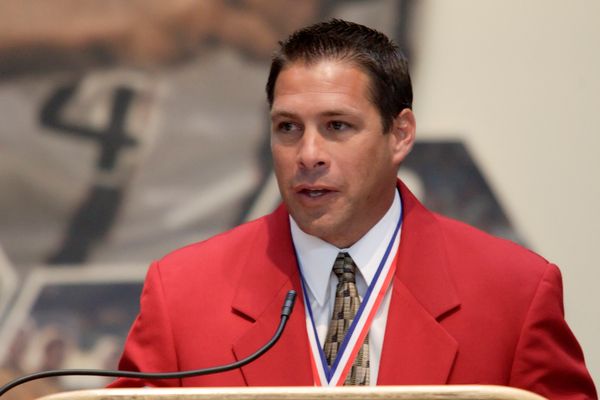 By Clemente Lisi – NEW YORK, NY (April 15, 2013) US Soccer Players – 1989 stands out as an important year, if not the most important for US Soccer in its 100-year history. It was when the USA put 40 years of frustration to an end by qualifying for the World Cup finals.

Although it was a team effort, a defensive midfielder named Paul Caligiuri – and his lone goal against Trinidad & Tobago – gave the United States the win, officially stamping its passport to Italia ’90. The goal, later dubbed “The Shot Heard ‘Round the World,” may be the most famous strike in American soccer history.

Caligiuri’s looping left-footed volley from 30 yards out silenced the home crowd in the 30th minute. It was a goal that forever changed the history of American soccer, setting it on a path where it has now qualified for six straight World Cups. The goal did what the North American Soccer League, the experiment of Team America, and the failed bid to host the 1986 World Cup couldn’t accomplish – get the United States into the finals.

“It’s been a long time but it seems like yesterday,” Caligiuri said in a 2005 interview with USSoccer.com. “I can literally still see the play and still feel the moment. I’m fortunate enough to still keep in touch with the guys on that team on a regular basis. It’s been a fun ride.”

Immediately following the game, then-US Soccer President Werner Fricker called the victory “most important” for the Federation and something the National Team program “needed very badly.”

Remember, the USA’s last World Cup appearance was in 1950. By defeating Trinidad & Tobago, the Americans joined Costa Rica as CONCACAF’s two representatives in the 24-team finals. Once the Americans played at the World Cup seven months later, the team would go 0-3, although hosts Italy would only be able to defeat them 1-0 in Rome.

The 40-year futility the United States had suffered by not reaching the World Cup meant that soccer was never going to take off in this country. Four months before the game that catapulted the USA into history, FIFA had made history itself – awarding the USA the hosting rights to the 1994 World Cup. The Americans had automatically qualified for the tournament. As a result, reaching the 1990 finals took on increased importance, proving the naysayers correct that this country had no business hosting such an important international tournament when it couldn’t even defeat T&T.

The Americans were clear underdogs during qualifying. The team, mostly a group of college kids and recent graduates coached by Bob Gansler, did the impossible. Like the end of a corny Disney movie, the USA proved everyone wrong with its historic win in Port of Spain.

They may have been a bunch of obscure athletes at the time, but Gansler’s starting lineup now reads like a list of all-time US greats. The starting lineup featured lots of mullets (it was the 1980s after all) with names like Tony Meola, John Harkes, Tab Ramos, Peter Vermes and Bruce Murray in the Starting XI. They didn’t know it at the time, but these young 20-somethings were pioneers. These players would also serve as the backbone of the National Team program for the next decade.

“It was a big win for us. For me, it remains one of the biggest games I ever played in,” said Meola. “That game got US Soccer back on the map. It put us back on the world stage.”

Hasley Crawford Stadium had been teeming with 30,000, red-clad fans for the November 19th game. T&T was playing at home under sunny skies. The government had even played to declare the following day a national holiday – replete with huge celebrations – to coincide with the team Qualifying.

Everyone in Trinidad & Tobago, including the players, was certain they would advance to the finals. A week before the game, Trinidad & Tobago coach Gally Cummings boldly declared, “After having seen the Americans, I am convinced that they will be no match for us.”

Only 40 American fans made the journey to Port of Spain for the game, drowned out by the chants of the home fans. T&T only needed a draw, but the Americans needed the win. To say it was an intimidating setting for the US players would be an understatement. In the end, the team was able to change the course of history for the National Team program.

Caligiuri has said that the goal was “cool” because it allowed him to “leave my imprint” on the game. Did he ever… and the National Team is better for it.