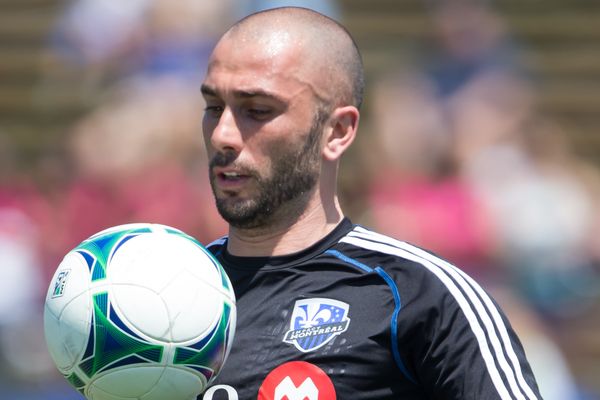 By Clemente Lisi – NEW YORK, NY (May 28, 2013) US Soccer Players – In many ways, this Memorial Day weekend was an historic one for soccer. Bayern Munich captured the Champions League on Saturday, capping off one of those once-in-a-lifetime seasons that will have pundits and fans alike talking for years. The following day, Robbie Rogers became the first openly gay athlete to play in a major North American sports league after coming on as a sub for the Los Angeles Galaxy.

For me, amid all the jubilation at Wembley Stadium and barrier-breaking events at Home Depot Center, two Saturday games stood out for their score lines. The first was Montreal’s 5-3 win over Philadelphia at Stade Saputo in Montreal, and the second Manchester City’s win over Chelsea at Yankee Stadium in New York by the same score.

We can all agree that 5-3 is a very – and I mean very – uncommon final score for a soccer game. I can’t remember too many games that included eight goals let alone two of them played on the same continent on the same day. The interesting thing about these two games – and these two score lines – is exactly what each game represents in the broader context of the sport.

Let’s start with the win in Montreal. This game was supposed to be a battle between two scoring titans: the Impact’s Marco Di Vaio and the Union’s Jack McInerney. Unlike so many other times in the past regarding other games and other players, these two strikers did not disappoint. They lived up to the hype and produced a goal-fest that included a Di Vaio hat trick, proving that the former Italian international still has a trick or two left in his boot.

The Montreal-Philadelphia game had it all. It really did. It represented the best MLS has to offer. More importantly, the game mattered (more on that later) in that the win catapulted Montreal to second place in Major League Soccer’s Eastern Conference. Let’s be clear: I am not of the belief that more goals make a game better. There have been plenty of 0-0 or 1-0 games that have kept me riveted. In this case, however, the goals did make the game fun.

For those who missed it, Montreal took the lead early with Di Vaio only to see McInerney tie almost instantly. In the 28th minute, Di Vaio made it 2-1 Impact. Four minutes later, Di Vaio got his hat trick and it was 3-1 Montreal as the 17,000 fans in attendance chanted the Italian’s name in unison. The game was essentially over at the end of the first half, although a Union goal by Antoine Hoppenot in the 69th minute kept Philadelphia’s hopes alive. Andrew Wenger’s 74th minute goal signaled that the game was all but over, as in ‘head to the parking lot to beat post-game traffic’ done. That’s not a criticism, just the cap on 74 minutes of not just goals, but also a game still in the balance.

Let’s take a look at Man City versus Chelsea. Here is one of those celebrated preseason tours (or is it postseason?) that come our way every summer. This year it seems like these games have come earlier. What is usually reserved for July was in my backyard in May. Nevertheless, I’m not one to complain but I don’t see the need for a friendly of this caliber a week after the Premier League season came to an end. Of course, the game meant a lot more (and by that, I mean from a public relations standpoint) given the announcement days earlier that Manchester City and the New York Yankees had joined forces to bring a second MLS franchise to the Big Apple in 2015.

Despite all that, this game did absolutely nothing for me. The novelty of these friendly club matches touring baseball stadiums has worn off. Though it still seems like a surprise to some people, there is a pro league in this country and it’s worth my time to watch a game that counts compared to one that doesn’t. If your idea of watching loads of unknown benchwarmers wearing a famous club jersey in a game that includes a raft of substitutions is fun, then go ahead and pay that money to see it. I’d rather watch even an aging star like Di Vaio score goals as he tries to get his team into the playoffs.

As for the game itself, it never appeared that close despite drawing nearly 40,000 fans over a holiday weekend. With Man City up 2-0, Chelsea’s Ramires pulled one back in the 46th minute to make it a one-goal game. James Milner made it 3-1 Manchester City in the 55th minute and Chelsea pulled one back again with Ramires in the 69th minute to make it 3-2. Nasri’s goal five minutes later made it 4-2 Manchester City, a strike that essentially killed off the game. Just like the Impact-Union game, the fun lasted exactly 74 minutes. Unlike the Impact-Union game, the teams were never level other than when it was 0-0.

MLS games, no matter what the caliber of play, mean something. They deserve our attention. Club friendlies are fun, but are nothing more than practice matches masquerading as a real game. Which one do you prefer? I know which one I’d enjoy more.