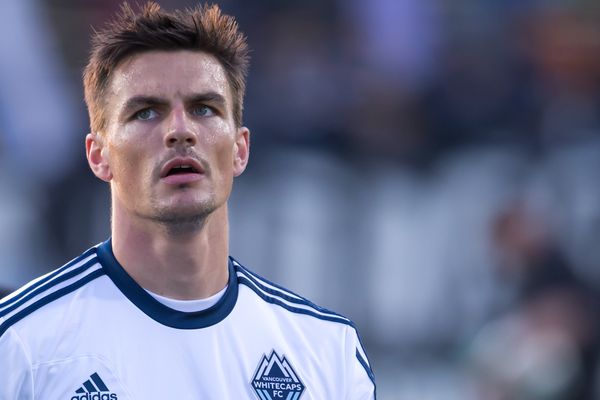 By Jason Davis – WASHINGTON, DC (Jun 12, 2013) US Soccer Players – Alain Rochat isn’t the first Major League Soccer player to cry foul at the mechanism of player trades in North American soccer. He most certainly won’t be the last, barring the unlikely event that the league does away with practice before the next aggrieved player has a chance to speak up. At the rate MLS clubs move one player for another, allocation money, draft picks, or whatever else they can come up with to trade, that won’t be too long into the future.

Rochat’s sentiments bely his perspective. Though born in Canada, he’s a player reared in the more player-friendly environs of Europe. The idea that a club can move a player against his wishes in the middle of a season, outside of the usual transfer windows, is shocking to anyone not intimately familiar with the way things work in this part of the world. Maybe Rochat’s words sound like sour grapes for a player who should have done his due diligence before signing with Major League Soccer, but this issue of player dissatisfaction after the fact isn’t the only problem facing MLS as it steams forward into the future.

MLS commissioner Don Garber’s stated goal is for his league to be one of the world’s best by 2022. The daunting prospect of reaching those lofty heights–on a timeline that has just nine years left – prompts many questions in regards to Major League Soccer’s business model. It’s easy to identify player spending as the area that will need the most attention if Garber’s dream is to become a reality. MLS can’t hope to compete with any of the major leagues of Europe or even the giant to the south, Liga MX without a massive rise in the salary cap or the dissolution of salary controls altogether. Intrinsic to becoming a top league is attracting top talent. Whatever measure in which MLS manages to do that in under the current rules comes at the price of massive disparity between the highest earners and everyone else.

MLS will only be as good as it’s “lower classes” of players allow. Pay isn’t the only thing that will repel or attract talent. The league’s player acquisition eccentricities, at least in the world of soccer, also have a role to play.

While Rochat’s or any other foreign player’s complaints about the player trading system isn’t directly related to salaries, it may have negative impact on Major League Soccer’s profile abroad as MLS attempts to become a bigger part of the player market. The Thierry Henrys and Robbie Keanes of the world can arrive safe in the knowledge that they won’t be shipped off to the last place team in the middle of the season thanks to no-trade clauses in their designated player contracts. High-profile players that “move the needle” get protection. Players like Alain Rochat (or, if we’re assuming an increase in the quality of MLS’s “middle class”, players better than Alain Rochat), the actual engine of the league thanks to their greater numbers, don’t. If and when the time comes for MLS to compete for players in their prime with offers from high-quality teams in globally recognized leagues, that will be a problem.

It may even be an under-publicized problem now. In a strange way, the best friend MLS has when signing players from abroad is ignorance of the system. To assume that ignorance will hold, or worse to rely on it when signing foreign players, is dangerous. An argument even exists that the burden of education lies with the league. Is it fair of MLS to not fully explain to incoming players that their contracts allow for the possibility that they’ll have to uproot their families at any given moment if the team they signed for decides to make a move?

Ask around in an MLS locker room and one is bound to hear horror stories of players finally settling into a community only for the club to move them without warning. Those stories know no nationality, but at least the American players are all keenly aware it can happen. As Rochat relayed to Soccer By Ives’ Thomas Floyd, it comes as a shock to find out their future with a club doesn’t extend to the off-season, but can run out without so much as a day’s warning.

For MLS to overcome its obvious disadvantages in attracting good players in the prime of their careers (lack of history, lack of prestige, perceived lack of quality), it will need to overcome those “strange” elements of its operation that might scare off exactly the type of player it needs to attract to rise to one of the world’s top league. Single-entity and salary caps allow MLS to operate within its means and help ensure viability from year-to-year, but they also send the clear message that the league restricts players’ rights in ways other leagues won’t or can’t. Educated players currently working abroad who might be interested in a leap to the North American league (a group that includes Americans in varying stages of their careers), will surely weigh that factor in the their decision.

MLS could raise the non-DP salary cap twenty-fold tomorrow and not completely overcome that problem. It’s easy to dismiss Alain Rochat’s disgust at his trade under the heading of “caveat emptor”, but in the context of Major League Soccer’s lofty aspirations, it takes on a more important, and more ominous, tone. As long as the rules allow, wary players might be wise to steer clear of a league that has no qualms about sending them across the country to join a new team in the midst of a campaign against their will when there are other places that will do no such thing.

Money solves many problems. An MLS that spends on par with its Mexican competition might make headway towards its goal. With a better standard of living and a culture that doesn’t invade the lives of its soccer players as a matter of course, there are clear advantages.

The question, one that is still nine years in the asking, is whether money and comfort are enough to lift MLS to the stratospheres it hopes to reach without any change to the system that so aggrieved Alain Rochat he called it “not human.”