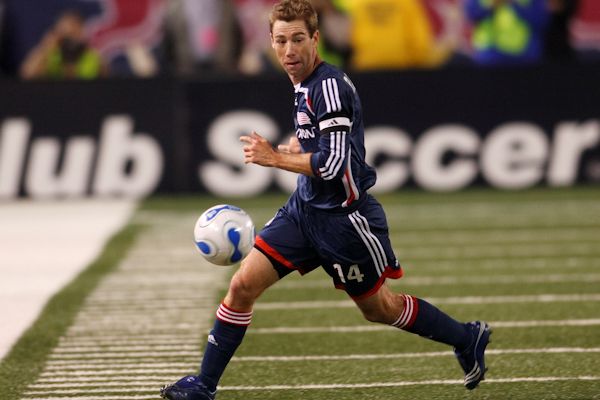 By Clemente Lisi – NEW YORK, NY (Aug 12, 2013) US Soccer Players – Soccer players, above all else, love to score goals. No matter what the position, there is nothing better than a goal. In a sport where goals can sometimes be rare, netting them becomes ever more important. However, another more important statistic to take into account isn’t just the goal, but assists. A great pass can mean the difference between creating a goal and turning over the ball. Often, players who provide assists don’t get the respect they deserve.

Some of the greatest players in history – from Diego Maradona to Ryan Giggs – were known not only for their goals, but assists. Maradona’s ability, for example, to slice through defenders, draw players, create space and dish off a pass to an open teammate made all the difference during games for Argentina and each week for club side Napoli. Giggs was the same way during his days with Manchester United. Although he didn’t always get the credit he deserved in the box score, it was his deft passing and assists for goals that provided the English club with an edge for so many seasons.

Major League Soccer’s assist records give us a snapshot of who provided the best service in America’s topflight since 1996. Oddly enough, assists are a purely North American statistic. The National Hockey League has done it for decades and the original North American Soccer League was the first soccer league of the modern era to ever compile the statistic. By comparison, other leagues, like the English Premier League, started tracking them from the 2006-07 season. FIFA first started to keep internal statistics of assists at the 1986 World Cup.

According to statistic compiled by the NASL, the all-time assists leader is Vladislav Bogicevic (147 assists) who compiled that figure in 203 regular-season games spanning seven seasons for an average of 0.72 assists-per-game. While Bogicevic isn’t a household name (even though he played for the famed Cosmos), it was his longevity in the NASL (from 1978 to 1984, all with the Cosmos) that allowed him to climb the charts.

Asked about Bogicevic in 1982, then-Cosmos head coach Julio Mazzei told the Associated Press: “Bogie is a player who can change totally the pace of the game. There is no other player on the Cosmos with his vision, imagination and the ability to control the ball.”

While goals are easy to define, an assist, as defined by MLS, can be more complex. According to the league’s official website, an assist is defined as the final two players who touch the ball before a goal is scored – just as the NHL does. In MLS, however, not all goals include a “primary” and “secondary” assist. The ones that do are solely based on whether both touches contributed directly to the goal being scored. That has not always been the case. As the site says, “From 1997 to 2002, ‘consecutive possession’ was the rule as it is in hockey. The final two passes were given assists, even if they had little direct impact on the scoring play.”

Confused? Don’t be. Despite the changes in definition, MLS’s number crunchers can agree on one thing, that the all-time leader in assists is Steve Ralston at 135 over 378 regular-season games in 14 seasons. That’s an average of 0.37 assists per game. Ralston, especially during his time at the New England Revolution, was truly magnificent with the ball, a crossing specialist who always seemed to have the ball. In 2007, The Boston Globe dubbed him “The Assist Artist” – adding that “oftentimes the most thrilling play in soccer is not the goal, but what happens seconds before somebody scores. It’s especially true when Steve Ralston has the ball.”

At the time, New England coach Steve Nicol said of Ralston: “Watch how many times he gets the ball. He gets it as much as anyone on the field. Plus, he has a brain. To have that many assists, he’s got a soccer brain.”

Although Ralston was a great player, it was – like Bogicevic, a 2002 National Soccer Hall of Fame inductee – his longevity that allowed him to reach those heights. Playing 14 seasons at such a high level tells you a lot about a players’ abilities. While scorers run hot and cold, players like Ralston who have to make things happen contribute to the game in so many other ways. A player like Ralston can make all the passes in the world, but if a striker fails to finish it, there is little anyone can do. As is always the case, the guy making the pass gets no criticism; it’s the player who missed the shot that does.

Like orchestra maestros, Bogicevic and Ralston dictated the rhythm of a game. They were able to see the open man when others couldn’t. Their roles were to make things happen offensively. Although neither player was widely celebrated or got the attention from pundits and fans that’s normally reserved to those who score, these two players represent two of the best to ever suit up in an American soccer league. If anyone ever asks, who were the five best players to ever play in this country, you can say with confidence that Ralston and Bogicevic deserve to be there. You’ll win the argument. The stats back it up.