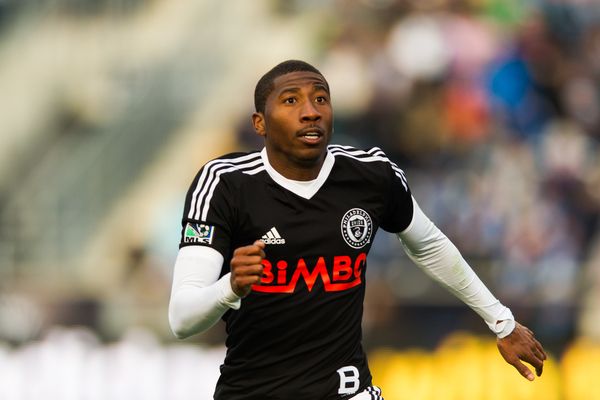 (Sep 20, 2013) US Soccer Players – No, we’re not calling them ‘kits,’ ‘strips,’ or anything else that moves us away from North America and we’re limiting it to the shirts people are likely to buy and wear in public. So the shorts and socks don’t count. Yes, we’re limiting it to the 2013 shirts now that we’ve had most of the season to get used to designs that might not have seemed like the best idea in March. With those two caveats in mind, here’s our shirts table for the 2013 Major League Soccer season in reverse order to prolong the excitement.

We know plenty of people that would go ahead and write this one in the #1 spot in ink, and it’s not that any of us vehemently disagree. But… those of us that lived through the Cooperstown Collection, Hardwood Classics, Mitchell & Ness throwback era already know the limits to the appeal to nostalgia. The Philadelphia Union, a club that hasn’t celebrated its fifth birthday, decided to throwback to a club that none of us have seen and last played a meaningful game over 80 years ago. Bethlehem Steel FC has nothing to do with the Philadelphia Union. They don’t even share a city, yet the best looking jerseys the Union wear are Bethlehem inspired. For a team as new as Philadelphia, they’re not just standing on the line between homage and parody, they’re hopping up and down on it. To put it another way, do you think a team that reached the level of greatness we associate with Bethlehem Steel wants to be associated with a team still finding itself in its fourth season? If that’s not a clear ‘of course’ for you, you’re not alone. Nice try though. 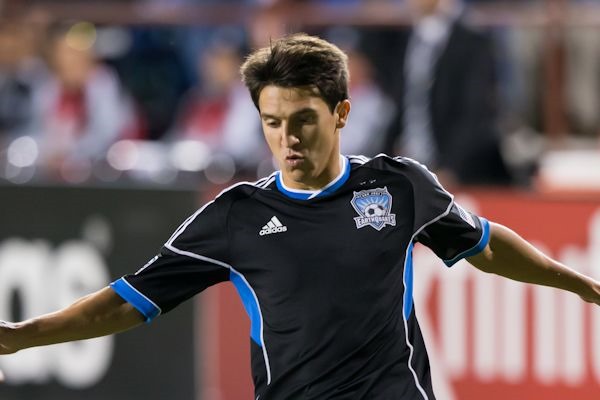 Yes, it’s a black shirt with electric blue trim. To some extent, San Jose makes the list because of what its not. There’s no arms of different colors, silly sublimations that might have looked fine during the design stage but don’t work in real sweaty life, or anything else that screams gimmick in need of a rethink. It’s got a better collar than the Galaxy’s similar away shirt and does a better job with MLS’s homage to Serie A with the stars for trophies. There is one drawback here, however, keeping it in 4th. The long sleeve version doesn’t work as well as the short-sleeve. 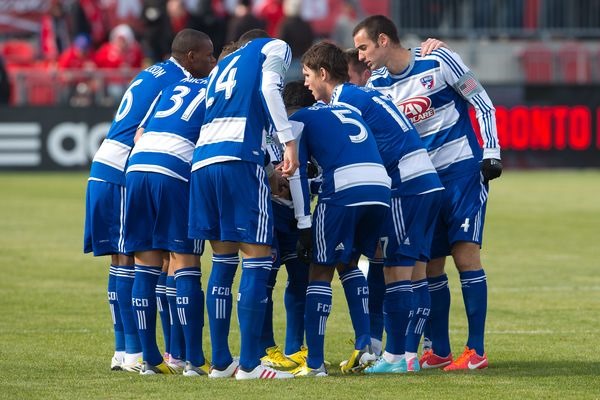 It’s the same as their home shirt, but with blue wide stripes and gray narrow stripes instead of red and that makes all the difference. Dallas wants people to call them the Hoops, and few do. That’s not the shirt’s fault, sticking to the theme and doing it as well as any version of the Dallas shirt in the club’s history. Extra credit for switching the color of their logo sponsor to match their badge and offset the shirt. Really, this one doesn’t get enough credit. It lacks the stubbornness of Columbus’s insistence on another version of a yellow shirt with black trim in trying to impose an identity and it’s better than Vancouver’s attempt at innovative use of stripes. Of course, Dallas being Dallas, they opt to rarely wear them. 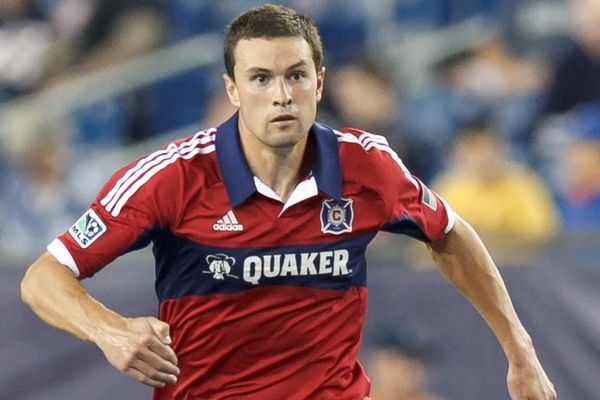 Chicago’s best jersey was made by Nike in their 1998 expansion year, but this one is a close second all-time and easily the second best looking shirt we’ve seen in MLS this season. Unlike DC United, where the current shirt loses badly to the late 90s black with sewn on adidas stripes and the revamped club crest, Chicago’s home holds up enough to comparisons to its own MLS classic. It has a collar, the horizontal stripe is reminiscent of that ’98 shirt while looking current, and the total design works. It’s interesting how well, especially compared to the away shirt that’s just off enough to be a problem. 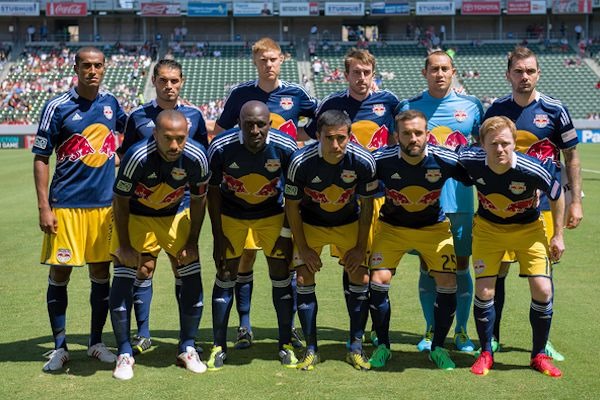 The Red Bulls look lends itself to an easy criticism. The sponsor is the same as the club crest, so it ends up suffering from having the same logo on the shirt twice. It’s also not Red Bull’s only soccer team, so there’s the issue of looking like a team playing in Austria’s Bundesliga (where you’re not likely to see them since that league isn’t available in the US) and the Europa League (where you might). Here’s the thing though, it’s a strong contender for best looking shirt in North America and Europe. The style is refined, certainly unique among MLS clubs even in a league that shares the same supplier, and it’s all down to the large logo in the center of the shirt. It works home and away, but the away takes the title for looking like the paint job (livery for the kit and strip crowd) of the top Formula 1 car on the planet. Unfortunately, like the soccer fashion miscues of using a color with ‘rave’ in its name or sublimating a flag into a design, it’s tough to appreciate how good this design is when it’s paired with yellow shorts.