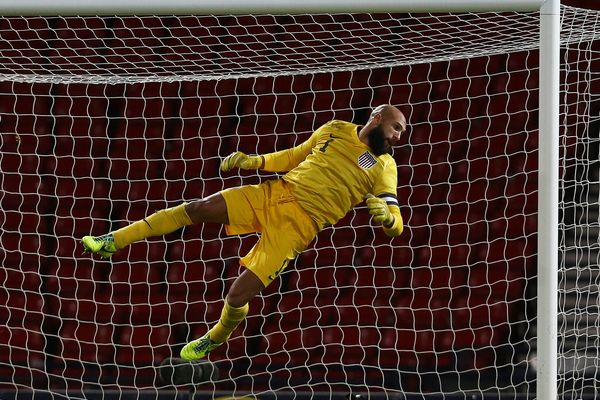 Scotland Taught Us Nothing

Let’s be honest here. We already knew that Tim Howard understands how to position himself and make a dramatic save. We knew that games can last 90 minutes without a whole lot really happening on either side of the ball. We knew what substitutions can do to a friendly. Other than perhaps learning that Scotland doesn’t have a whole lot of upside as they struggle to be a factor in UEFA… yep, knew that to. So where does that leave us as we approach another November break friendly in Europe? You don’t have to be Taylor Twellman to question the value of the FIFA World Ranking, but Austria is seven places behind Scotland in Europe. In the last UEFA country coefficent rating in 2011, they were 29th to Scotland’s 27th. It’s fair to expect less from them on paper, but then again it’s fair to Scotland to say that Friday’s performance was a disappointment.

So we’re left with a team that finished third in Group C of UEFA World Cup Qualifying with Germany advancing direclty and Sweden in that playoff with Portugal. Austria beat Sweden and can look back at draws instead of wins against Kazakhstan and Ireland as a highly flattering ‘what if’ scenario. Competitively, they played a solid qualifying campaign in a group Germany was always likely to dominate. Germany won the group by eight points, and with Sweden ahead by two goals in their playoff with France it’s Group C looking quite strong in retrospect. Again, it’s not all missed opportunity for Austria, who can certainly make more of their qualifying campaign if Group C puts another team in the World Cup. For those keeping score at home, Scotland finished fourth in Group A, behind Belgium, Croatia, and Serbia and a point ahead of Wales. Croatia was the worst of the 2nd-place teams to advance to the playoffs and is currently scoreless in their series with Iceland.

Austria’s Side of the Ball

The one thing that can change the scope of a friendly is when a team plays to a scenario. For Austria, this isn’t an opportunity to use the USA as a stand-in for the type of teams they’ll face in games that count. Missing out on the World Cup limits that to the other European teams they’ll face in EURO qualifying. That’s not the US. So what to do? Maybe Austria opts to see how they can hold up the US coming out of the midfield, test their defensive midfielders, and try to deny the US space at the top of the box. That’s a very different game than Austria playing wide, looking for crosses, and trying to control play in transition. Maybe the US pushes first, forcing Austria out of its plan and taking control from the early stages. Either way, it’s the potential for more of a responsive game than the teasing out we saw over the first-half in Glasgow that eventually led to very little in the run of play.

The US Strength of Squad

Let’s make no mistake, against the United States with a first choice squad Austria shouldn’t be looking for the win at home. Under Jurgen Klinsmann, the US continues to shake off its issues playing in Europe and has the composure and experience with clubs and country to keep their shape and play for a result. That’s only earned on the field and we saw it last November with the 2-2 draw against Russia at Kuban Stadium in Krasnodar. Nine of the 10 US field players that started that game played in Europe at the time. Just like last year, Klinsmann can opt for European talent in every role should he choose to go that route. That’s an advantage in Europe, playing to experience.