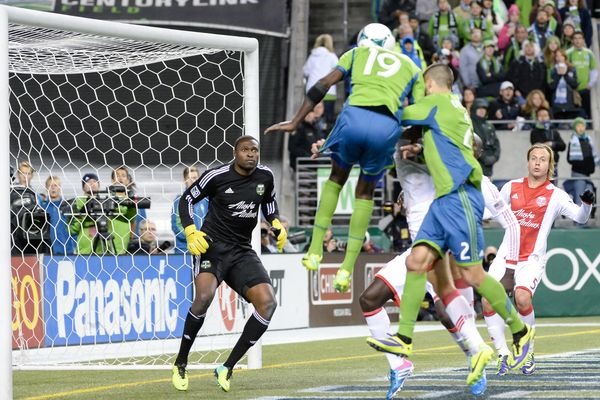 By J Hutcherson – WASHINGTON, DC (Dec 12, 2013) US Soccer Players – Let’s talk about what it means to be in a competitive sports marketplace. In the United States, that requires looking past your own sport. Unless it’s Los Angeles or New York, competing locally isn’t soccer-specific. Major League Soccer’s teams have to be aware of their direct competition. That’s teams drawing the attention, the attendance, the ratings, and the local money.

Pick a market, and normally there’s one pro sport outdoing the rest. For those keeping score at home, there are only 14 examples of the same city winning titles in more than one major league in the same season. The National Hockey League became the second major pro sport in 1917. It took decades for new leagues and expansion to spread major league status to cities all over the country.

There’s a reason we don’t see dynasties in multiple sports in the same city at the same time. Markets can only support so much, especially in the long term. Interest fades and, hopefully, revives before an owner decides a team is better off somewhere else. That’s normally a market without the level of competition that turned a once valuable franchise into a struggling business.

The Seattle Sounders moved up to MLS at an opportune time in their market. Basketball left for Oklahoma. Baseball wasn’t drawing after years of stagnation. The Seahawks missed the playoffs a few months before the Sounders debuted. There wasn’t likely to be a better set of circumstances for a team trying to position itself in a market.

Yes, the Sounders didn’t start from scratch and were already using an NFL stadium as a lower division team. Still, their MLS moment came at an advantageous time. The Sounders played to that advantage, becoming the only team in the league to turn soccer-specificity into a nonissue.

As a pro sports market, Seattle is NFL, MLS, and then MLB. That reordering speaks to the long-term ambitions of pro soccer everywhere else in the country. So what happens when the baseball team tries to take back its market?

If you’re a sports fan of a certain age, you remember when the Seattle Mariners meant Ken Griffey Jr and a contending team. Then it meant Ichiro Suzuki and a contending team. The formula was simple. Superstar plus contention to make sure the fans showed up at the Kingdome and then Safeco Field. Without a playoff appearance since 2001 and a good season since ’07, baseball slipped noticeably in Seattle. This was a team averaging Sounders style numbers through 2003. It’s probably worth the reminder that the Sounders don’t play 81 home games a season. A decade later? The Mariners averaged 21,747 in 2013, 25th out of 30 teams. Imagine, a Seattle pro sports team that doesn’t set attendance records.

So what happens if Seattle returned to its old model? Superstar plus contending equals lots of fans willing to pay to see Major League Baseball. Well, the Mariners are now the biggest spenders in this offseason. They’ve added Robinson Cano, a potential superstar in that market that was one among several playing for the New York Yankees. So that’s part of the equation at the bargain price of $240 million dollars over ten years. They’re busy at the winter meetings in Florida, buying the type of players they’ll need to get opposing pitchers to reconsider pitching around the newest Mariners superstar.

What does this mean for the Sounders? At the very least, it’s a fair question. Seattle soccer could be pushing for relevance in a market with a football team coming off a Super Bowl appearance and a baseball team reminding the locals that they care about the Mariners. The combination creates a new scenario for the Sounders.

How they respond only adds to the pressure coming off a tough 2013 season. Seattle didn’t dominate. They struggled after adding a marquee player. They seemed unable to take advantage of their noticeable talent. They lost a playoff series to the Portland Timbers.

Now, they face the market question. That normally doesn’t favor the local soccer team. Seattle is different. We know that already. Does that difference mean it’s the Mariners worrying about the Sounders rather than the other way around?