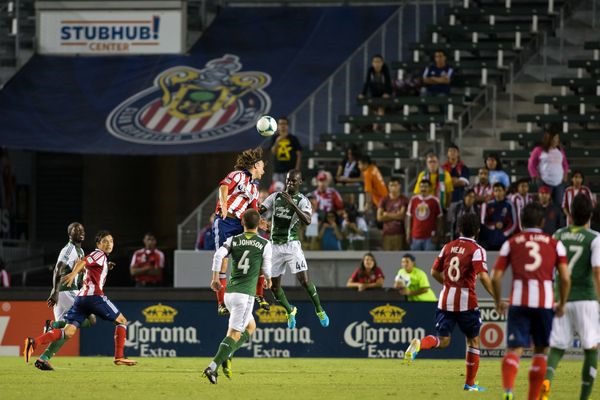 By Luis Bueno – RIVERSIDE, CA (Dec 18, 2013) US Soccer Players – Given the amount of negative publicity connected with the club in recent months, no news is often good news for Chivas USA. However, the club’s coaching vacancy is one subject that cannot remain silent.

Chivas are one of three MLS clubs without a coach. While the club appears to be flirting with at least one candidate, there are no indications of a quick hire. While there are interesting candidates available, the club must find the right fit in order to make this work. Chivas have had tumultuous situations before and only once in those instances was the club able to make the right hire.

The cupboard may not be well-stocked but there are pieces in place – at least on the field – that could make the situation a bit enticing for a coach. Even though technical director Francisco Palencia and former coach Jose Luis Real were essentially re-assigned to Chivas Guadalajara, the club has not been completely inactive this offseason. They acquired young defender Andrew Jean-Baptiste and Argentine playmaker Mauro Rosales in separate trades from Portland and Seattle, respectively. Jean-Baptiste is the kind of young defender Chivas could build a defense around while the well-traveled Rosales still has a lot of attacking flair and prowess to offer. Combined with Eric “Cubo” Torres, the duo could be quite productive in 2014.

Of course, the holes are aplenty – both outside back positions, a second striker, depth across the board – but the off season’s initial moves offer hope. This glimmer of hope is something the club did not have after the 2012 season. Firing Robin Fraser and cleaning house is not the kind of situation that typically leads to anything, and 2013 was certainly not a positive one for Chivas.

But the club has to seize this opportunity and try and grab hold of it and make something of it.

Ideally Chivas’ next head coach will have some sort of MLS experience. The last two coaches – Jose Luis “Chelis” Sanchez Sola and Real – had none, and consequently struggled. Chelis was given all of one month to figure it out before he was sacked. A strong start was followed by a rough patch that he was never able to overcome. By May, the club had pulled the trigger and removed him. Real also had a difficult transition. While the club was certainly more competitive in late July and August, the end of the season was a disaster.

By removing Real and bringing in Rosales and Jean-Baptiste, though, there seems to be an indication that building from within MLS is the best way to find success. The build-from-Mexico method used by this club in 2005 and again when Jorge Vergara assumed full ownership in 2012 led to failure and turmoil each time.

Chivas of course have tried that method without success in 2010 (Martin Vasquez) and 2011 (Fraser) but those situations were unique. Neither had enough time to see their job through. Patience is something this club lacks, but is something necessary to help build for the future.

While the off-the-field issues of this club – unstable front office, meager fan support, paltry financial support – may be enough to scare away some potential candidates, this club can have success on the field in 2014 with the right hire. It’s another crucial moment in the short history of Chivas USA.