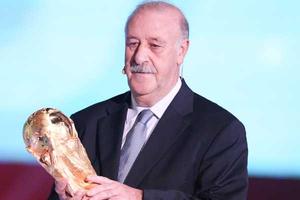 By Jason Davis - WASHINGTON, DC (June 20, 2014) US Soccer Players - The spectacular end of a dynasty is one of the fascinating occurrences in the world of sports. To watch a previously dominant team fail in the biggest moment more often than not flips our worldview on its head. Rarely do we see a flame out coming. When it does, we try to reconcile our understanding of what makes a team great with . . . 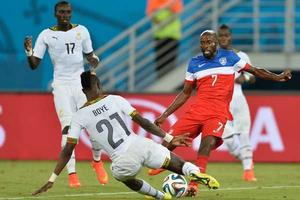 By Jason Davis - WASHINGTON, DC (June 18, 2014) US Soccer Players - Among the players most credited for dragging the United States through to a 2-1 win over Ghana in their 2014 World Cup group stage opener, names like Jones, Beckerman, and Cameron stand out. Each of those three players, contributing mostly to the draining defensive effort it took to even give the Americans a chance to win the . . . 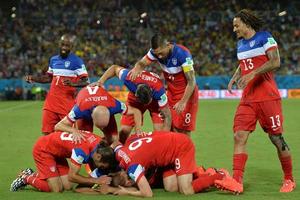 The USMNT opened Group G play at the 2014 World Cup with a 2-1 win over Ghana on Monday at the Estadio das Dunas in Natal. Clint Dempsey opened the scoring 34 seconds into the game, with the USMNT defending that lead until the 82nd minute. Andre Ayew equalized finally turning a Ghana opportunity into a goal. Ghana's equalizer held for four minutes with John Brooks scoring the USMNT's winner. The . . . 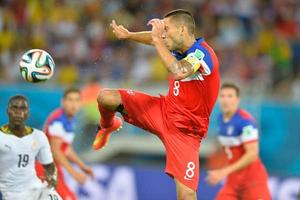 By J Hutcherson - WASHINGTON, DC (June 16, 2014) US Soccer Players – The USMNT tried to ride an early goal to three points but Ghana had other ideas in 2014 World Cup Group G. The USMNT regrouped after giving up a late equalizer to take three points into their second Group G game against Portugal on Sunday. Here are 5 points to take from the World Cup win over Ghana. 34 Seconds for the . . . 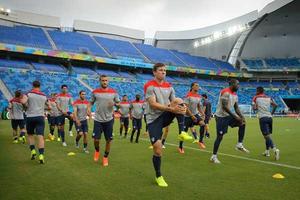 By J Hutcherson - WASHINGTON, DC (June 16, 2014) US Soccer Players – It's finally time to play a World Cup game that counts. For the USMNT, this means trying to change the story line that makes Ghana their World Cup problem every four years. Beating Ghana alone isn't enough to insure a fourth World Cup game, but it's certainly a major step to qualifying for the knockout round. Points are on offer, . . . 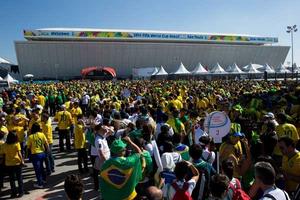 By Jason Davis - WASHINGTON, DC (June 13, 2014) US Soccer Players - With so much time to kill during the build-up to the 2014 World Cup, the world was always going to focus on the negatives. Protests, stadium construction delays, the death of workers rushing to build those stadiums, the government’s aggressive response to discord. So much of what we talked about leading into this World Cup was . . . 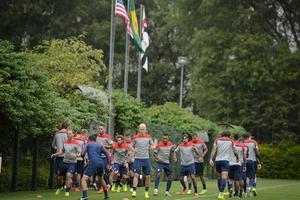 By J Hutcherson - WASHINGTON, DC (June 12, 2014) US Soccer Players – Leave it to Landon Donovan to say what USMNT head coach Jurgen Klinsmann should've said when asked about the team's chances in the 2014 World Cup. Coach Klinsmann decided to manage expectations, letting USMNT fans know that the team wouldn't be lifting the World Cup. That provoked the expected response from American sports fans, . . .

By Clemente Lisi – NEW YORK, NY (June 12, 2014) US Soccer Players – The start of the 2014 World Cup is – finally! – here. The month-long extravaganza officially begins when hosts Brazil take on Croatia in Sao Paulo. The tournament ends July 13 in Rio's legendary Maracana Stadium, a place Brazil – and its millions of citizens – hope will culminate in celebration. In between, there is the little . . .

By Clemente Lisi – NEW YORK, NY (June 11, 2014) US Soccer Players – The USMNT faces three formidable opponents over the next two weeks at the 2014 World Cup. Although the first game against Ghana in Group G remains key and will set the tone for the tournament, the second match could be the most important. Portugal in Manaus. Portugal is not only an outside favorite to win the World Cup, but it . . . 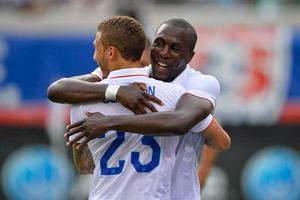 The USMNT finished off the 2014 World Cup Send-Off Series with another win, beating Nigeria 2-1 in Jacksonville. The USMNT travel to Brazil on Sunday a perfect 3 for 3 in Send-Off Series games. Jozy Altidore was the hero for the USMNT, scoring both goals in the win. Tim Howard made his 100th appearance for the USMNT, congratulated with a pre-game ceremony. Jozy Altidore opened the scoring in the . . .