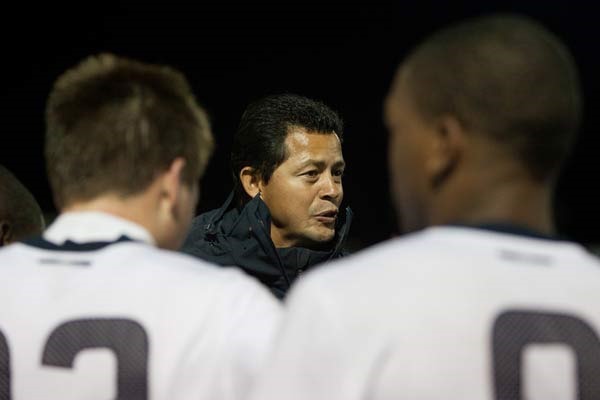 By Luis Bueno – RIVERSIDE, CA (Jan 10, 2014) US Soccer Players – After nearly two months of neglect, Chivas USA filled their vacant coaching position by hiring former Colorado Rapids assistant and U.S. Under-17 National Team coach Wilmer Cabrera. The wait was worth it. Hiring Cabrera is a step forward for the club and could lead to actual on-the-field progress, and anything that gives hope is certainly a good thing for the beleaguered club.

Cabrera, 46, fills a role that has not been kind to its other owners. Cabrera becomes the ninth coach in club history, but will be the fourth different person to oversee the club in the last 16 months.

The reason behind such a fluid coaching position is simple. Stability went by the wayside when Jorge Vergara bought out the Cue brothers in August 2012. Vergara fired Robin Fraser at the end of that season and overhauled the roster after promising to “recreate Chivas USA as an extension of Chivas.”

That included hiring a Mexican league veteran as coach and bringing in several Chivas players on loan, but Jose Luis “Chelis” Sanchez Sola was gone before May and his replacement – Jose Luis “Guero” Real – led the team through the end of the season before taking over in the same role with Guadalajara.

Dealing with Vergara might be the most challenging position in a role viewed by many as unsavory and unappealing. However, Cabrera has shown great promise in his previous stops.

A two-time World Cup player with Colombia, Cabrera did fine work with the U.S. Under-17s. Twice he led them to the Under-17 World Cup and twice he guided the team to the Round of 16. While winning is not the primary role of the Under-17 National Team, Cabrera did well to put together strong and cohesive units.

He also has experience helping players along in their development. Cabrera’s 2009 squad featured Juan Agudelo, Jack McInerney, and Luis Gil, all of whom have had success in MLS and have gotten calls to the senior side. The 2011 squad featured Paul Arriola and Alejandro Guido, both of whom are at Club Tijuana, as well as Borussia Monchengladbach’s Mario Rodriguez.

Cabrera also beefed up his resume while serving as assistant coach in Colorado. He was part of a staff that helped take a team that had meager returns since winning MLS Cup 2010 and turn it back into a contender. Like his Under-17 squads, Cabrera worked with young players and helped turn youth and inexperience into positives.

Now, Cabrera is the man in charge of taking some youth and inexperience and producing results. Chivas has a decent talent base, and not all of it is youthful inexperience. Mauro Rosales and Carlos Bocanegra are nearing the ends of their careers but the duo can still help on their respective ends of the field. Dan Kennedy is one of the league’s top ‘keepers and Oswaldo Minda is a rock in the midfield.

Add to that Erick “Cubo” Torres’ scoring prowess and newcomer Andrew Jean-Baptiste’s promise in central defense and Cabrera has pieces to work with.

Cabrera has shown success at all of his stops and coupled with his Colombian heritage should endear himself to the club soon enough. Ideally, he would be free of pressure. Few outside of Chivas’ portion of StubHub Center expect anything but failure from the Red-and-White, and any steps forward to neutral observers will be progress. However, Vergara is as unpredictable an owner that exists on this continent and Cabrera must also deal with that.

Still, Cabrera’s hiring gives a ray of hope, and on a club that has a black cloud hovering above it for the last four years, that is reason enough to feel optimistic.