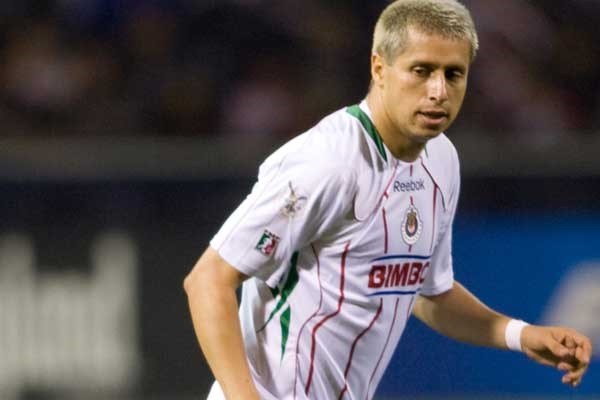 By Luis Bueno – RIVERSIDE, CA (Jan 16, 2014) US Soccer Players – When Chivas USA announced the acquisition of Adolfo “Bofo” Bautista, the move was a bit of a throwback. While the former Mexico international could help Chivas, the move smacks of the old days in Major League Soccer of bringing in high-profile players for reasons other than their talents and ability to help the team.

Less than one week after hiring a near-perfect coaching candidate, Chivas once again showed their shortsightedness and leaves reason to fear just how out of touch the club’s front office is with their supporters.

Perhaps more than other clubs, Chivas USA’s player moves are scrutinized and viewed under a magnifying glass. This is a club, after all, that has had a history of proclaiming their desire to field as many Mexican players as possible. While that has tempered over time, players brought in from Mexico are open to more scrutiny. If a player is coming to Chivas USA via Chivas Guadalajara, for instance, it is fair to question the motives behind that move.

Bautista falls under that category. If management felt Bautista could be useful to Chivas, then it would make sense for the club to have kept him down there. Chivas acquired former MLSer Omar Bravo, for example, in the offseason but has made no mention of moving him north. Bravo is an asset to the club, scoring one goal in two games thus far in Liga MX.

Having spent most of the last two years in obscurity, Bautista is not much of an enticing prospect for Guadalajara. At 34, Bautista may need more time to find his fitness and touch, and that sort of patience was not something Guadalajara could have afforded him.

Bautista of course has a remarkable past. He has been one of the most popular Chivas players in the last decade or so. With his eccentric hairstyles and behavior, and his clutch goals, Bautista endeared himself to the Chivas faithful.

For those reasons, this move would have been a major coup six or seven years ago. In Chivas USA’s infancy, the club begged for a star such as this. Francisco “Paco” Palencia was such a player, but he left after spending some 18 months with the club. Juan Pablo “Loquito” Garcia could have become a star had he not left after the 2006 season, but Bautista would have been the major Mexican superstar Chivas USA was supposed to be capable of landing.

Instead, wild rumors were the only things linking Bautista to Chivas USA, and management in the club’s early days always were not keen on bringing him in. Bautista, after all, has had a history of bizarre behavior and has been a negative distraction on his club. When he was at the top of his game, perhaps teams were willing to overlook that, but the hope for Chivas is that he has outgrown that behavior.

Chivas USA never has been able to replace Palencia’s star power, and likely never will. Bautista will not come close to that. There will be a surge in attention from the Spanish-language media. Some fans may come out to watch Chivas USA just to see Bautista but it likely will not help the attendance crack the 10,000 mark. And if the club is successful on the field, it will be because of the work ethic and attitude new coach Wilmer Cabrera will bring in, and with the efforts of newcomers Mauro Rosales and Andrew Jean-Baptiste as well as players like Erick “Cubo” Torres, Carlos Bocanegra, and Dan Kennedy.

If Bautista makes an impact, fans could have in their midst a player who other fans and teams love to hate. Until then, the hope is he puts in the work to do just that.