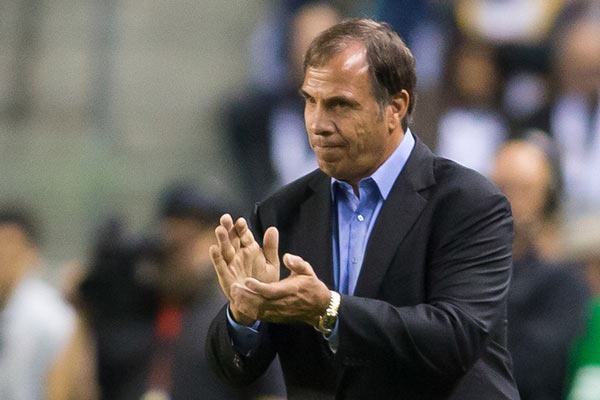 By Luis Bueno – CARSON, CA (Feb 5, 2014) US Soccer Players – When the LA Galaxy retooled in the offseason, the club had several areas that needed attention. The most glaring need though was not necessarily a tactical or technical one.

Enter Stefan Ishizaki and Rob Friend. The LA Galaxy newcomers bring skills that will certainly give the club a tactical boost but with a combined 25 years of European campaigns, the duo will provide that settling influence that only veterans can.

“We had young players playing a lot of minutes last year, which was good experience for them, but we still need more quality and more experience on the field,” Galaxy coach Bruce Arena said.

The hope is the two veterans can help the club play stronger and carry that strong play over from game to game.

Both Ishizaki and Friend figure to help the club in the attacking end and could give the club a new dimension.

Ishizaki, 31, spent the bulk of his career in his native Sweden, playing for the likes of AIK and most recently IF Elfsborg. Ishizaki said he can play anywhere along the midfield but is likely destined for a right-sided assignment with both Hector Jimenez and Sean Franklin – each of whom saw time on the right side a year ago – gone.

“I don’t cross the ball so well with my left foot but when I play on my left I usually go to the inside and try and get shots off and combinations with the strikers,” Ishizaki said. “When I’m on the right it’s a little bit more of a crossing style of play and trying to find strikers in behind.”

Playing with Robbie Keane and Landon Donovan will help make the transition on the field smoother, but Ishizaki is also looking forward to the lifestyle off the field. Previously Ishizaki said he had offers from Montreal and Colorado but declined to join MLS until the Galaxy showed interest. After speaking with former Seattle midfielder Erik Friberg about playing in MLS and living in the US, Ishizaki was sold.

“He said you should definitely go. He made my decision a little bit easier,” Ishizaki said. “It’s LA. It’s the weather, it’s the people, the beach, everything. It’s a good package.”

Friend, meanwhile, needed no such endorsement from a fellow countryman. The 33-year-old Canadian played collegiately at UC Santa Barbara and married a Manhattan Beach native.

“We come every offseason so this is home,” he said. “It’s a great feeling. I’m waking up happy every day and really grateful to be here.”

A striker by trade, Friend opted for Europe after college despite being selected by the Chicago Fire in the 2004 MLS SuperDraft. Friend began his career in Norway, playing for Moss and then Molde. Eventually he moved to Dutch side Heerenveen before joining Borussia Monchengladbach.

“Coming out of college, it’s not easy to break Europe,” Friend said. “I like to think I did it the hard way. I grinded with the leagues in Scandinavia to Holland to the Bundesliga.”

Like Ishizaki, Friend said he had offers to return stateside but was only interested in playing for a few clubs. The chance to play for the Galaxy was too good to pass up.

“I didn’t want to come back when I was too old,” Friend said. “I think I have a lot to give still. After 11 years in Europe I think it was good timing to come back. Hopefully I have enough in me to contribute.”

Friend figures to give the Galaxy a new look up top. The 6-foot-5 Friend said he is quite content with banging bodies with opposing defenders.

With Ishizaki and Friend around to offer their experience, the club could play more consistently and reach the goals that were not met in 2013.

“I know the expectations are higher,” Ishizaki said. “We are one of the top teams in the league and last year when we didn’t make the finals, it was kind of a disappointment for them. We’re hoping to improve that this year.”