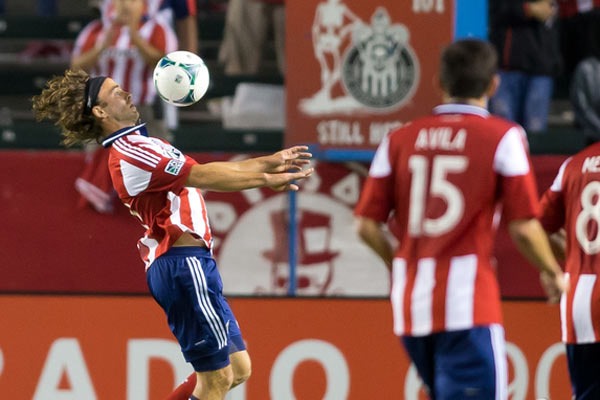 In its final season of operation as Chivas USA and under MLS management, Major League Soccer executive Nelson Rodriguez is the new president of Chivas USA. Along with announcing the purchase of the investor/operator share of the club last week, MLS also announced a rebranding for 2015. MLS hopes to sell the club by that point.

“I am thankful for the opportunity and recognize the responsibility in what is an important season for the club,” Rodriguez said. “Regardless of the ownership status, this team and staff will compete on all fronts and we look forward to the challenge.”

Rodriguez resigned as MLS Executive Vice President of Competition, Technical and Game Operations in January. He was one of the MLS executives working on the league’s long-term strategic plan for 2022.

That strategic plan intends to not only place MLS among the top soccer leagues in the world by 2022, but as one of the top major leagues in North America. Of course, that plan depends on strong clubs in MLS markets able to compete with the options from the other professional sports.

“I have had the privilege of working with Nelson for over 14 years and am very pleased that he has agreed to serve as the president of Chivas USA,” MLS commissioner Don Garber said. “Based on his long experience on both the business and sporting side of our game, I have great confidence that he will provide strong leadership for the club during this transition year.”

MLS made clear from the outset that the plan for Chivas USA is to find new ownership. That investor/operator will takeover a club that won’t be Chivas USA after this season but is expected to remain in the Los Angeles area. The new investor-operator will also need a stadium plan.