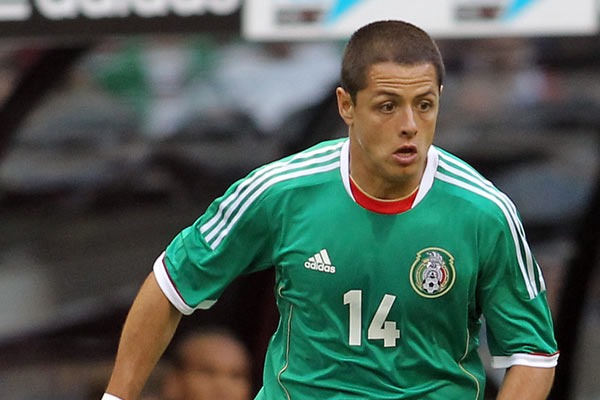 By Luis Bueno – CARSON, CA (Feb 12, 2014) US Soccer Players – As the fourth El Tri coach in a span of two months, Miguel Herrera was facing with a difficult challenge late in 2013.

Technically still Club America’s coach, Herrera nevertheless had to prepare a woefully underperforming Mexican squad and try to get them into the World Cup. Herrera called on players he believed in and was comfortable with. That translated into a squad comprised solely of domestic players.

With a World Cup ticket in hand, Herrera also earned himself more time to prepare the squad and to create relationships with players he didn’t know. Herrera is in the throes of piecing together the World Cup roster and could begin to tip his hand fairly soon.

With the only FIFA date in the first four months of this year quickly approaching, Herrera has been busy traveling across Europe and chatting with some of Mexico’s highest-profile players. By all accounts, most discussions have gone well. Herrera and his delegation have met with the likes of Javier “Chicharito” Hernandez, Giovani Dos Santos, Andres Guardado, and Guillermo Ochoa.

Regulars with El Tri for some time now, Herrera chose to leave them all at home when Mexico faced New Zealand in a World Cup play-in series in November. Now, the door swings open and the talent that took these players to the Old World and kept them around the national team will likely carry them to Brazil as well.

The only trip that has turned sour was the first visit, with Carlos Vela. The Mexican Soccer Federation released a statement earlier this month letting the world know Vela is no longer under consideration for the World Cup roster. Arguably Mexico’s top player in Europe, Vela has had an ongoing row with the FMF since late 2010 after a suspension for breaking team rules following a friendly in Monterrey. Vela has been playing superbly with Real Sociedad but has shown little desire to return to play for Mexico.

Herrera did not visit with a handful of players who once may have been in the mix for a World Cup spot. Namely Jonathon Dos Santos and Nery Castillo, as well as Eredivisie-based youngster Jesus “Tecatito” Corona, but said they would follow all European-based players closely as they do their eligible domestic players.

Even without Vela, though, the roster should still be fine. Before his European jaunt, Herrera had said the only player who had a roster spot secure was Rafa Marquez, who will serve as captain, but the rest of the spots were open.

Soon, though, the fruits of his efforts will be obvious. Mexico already has a friendly victory in 2014, routing South Korea by 4-0 on Jan. 26. Alan Pulido made his El Tri debut and scored a hat trick while Oribe Peralta added another goal. Prior to that game, Pulido probably wasn’t a World Cup prospect but his performance showed the type of talent he has.

Mexico’s next challenge, though, could be a preview of the World Cup. Mexico will play Nigeria in Atlanta on March 5. Herrera will surely take advantage of the FIFA date to call in his top players from across Europe.

Time has not necessarily been on Herrera’s side since he began his tenure as Mexico coach, but after surviving the New Zealand series, going through a successful camp and friendly match against Korea and traveling across Europe to meet with top Mexican internationals, Herrera is putting the pieces together as best as possible.

Such efforts can only yield positive results against Nigeria next month and will thrust El Tri into a months-long span of confidence and exuberance ahead of Brazil. That’s something Herrera desperately needed to provide El Tri after a lousy 2013.