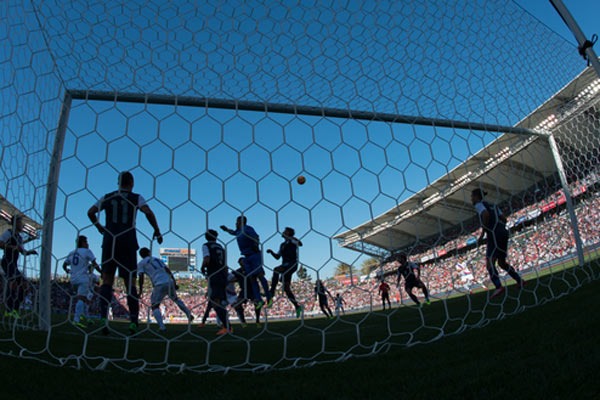 By Charles Boehm – WASHINGTON, DC (Feb 26, 2014) US Soccer Players – It’s a common question: Is soccer in the United States really growing, beyond the mere literal sense of the word?

Answer: Yes and no – though even some instances of “no” actually point to “yes.”

Let me try to explain, starting with a brief flyover of central Virginia youth soccer.

A few months ago the Richmond Strikers and Richmond Kickers youth clubs, fierce rivals and longtime members of the US Soccer Development Academy, announced that they were merging their Developmental Academy programs into a new entity called “Richmond United”. This new joint venture would pool both clubs’ talent and coaching resources in order to improve their competitiveness and overall developmental environment. Like some (but not all) academies, players selected will pay no fees to participate.

“This is a great opportunity for our two nonprofit organizations to work together to further our missions by providing the most promising male soccer players in the Richmond area in these age groups with the opportunity, regardless of financial means, to train and compete at the national level,” chair of the board of the Richmond Strikers John Mumford said in a press release.

Earlier this year the clubs replicated the same arrangement for their top girls teams in the female equivalent of the Developmental Academy, the Elite Clubs National League.

Though casual soccer fans may be more familiar with the Kickers thanks to their well-established USL PRO team, in a youth context the Kickers and Strikers are peers. They’re crosstown adversaries in every sense of the word, competing ferociously for primacy in a region of 1.2 million people. Traditionally there’s very little love lost between them.

So why have they reversed years of history and thrown their lots in together? And why I am telling you about this in the first place?

While it’s not always easy to discern, competition for places is increasing across the soccer landscape. In many contexts, this is happening on multiple levels. That’s almost always a good thing.

Those two old enemies in Richmond have carved out plenty of success both in terms of results on the field and player development over the years. Yet, they’ve found it tough going amid the merciless nationwide competition of the Developmental Academy, where market size can be just as influential as coaching, facilities, and other “root to fruit” infrastructure.

The Kickers and Strikers Developmental Academy teams usually finish at or near the bottom of the Atlantic division standings, behind clubs in more populous regions with deeper talent pools in the Washington/Baltimore, Philadelphia and New York/New Jersey areas. Many observers believe that their central Virginia “catchment area” is simply not big enough to support two successful Developmental Academy and Elite Clubs National League organizations.

So whether or not it was mutual self-awareness that prompted them to put aside old mentalities, they’ve crafted a new partnership that enables them to hang together instead of hanging separately, to borrow a line from Benjamin Franklin.

Similar scenarios have played out in Connecticut, Georgia, California, and elsewhere as youth clubs form alliances. Coming to terms with the sobering reality that not everyone can be truly “elite” might be easier now than it’s ever been. A rising tide of professionalism is ever so gradually making that term less subjective.

Another reminder of this evolution played out on Thursday when, after months of rumors and rumblings, the official news broke that Major League Soccer had purchased Chivas USA from Mexican billionaire Jorge Vergara. That choice ended a decade-long experiment that degenerated into a farce which neither MLS nor ownership could afford any longer.

It wasn’t just the years of red ink, bad press and bad soccer that put to rest the vague hopes of extending the Chivas Guadalajara brand. It was the burgeoning value of MLS membership testing MLS commissioner Don Garber’s patience – and with good reason.

Many quibble, with justification, about the methods used by MLS to grow those numbers. A less selective approach to expansion in the lower divisions may or may not reinforce the point.

Other metrics, like year-on-year increases in USMNT interest and popularity and a tighter-than-ever race for USMNT World Cup roster spots, may be more prone to ebbs and flows, but recently suggest a positive trend line as well.

Complex realities tend to be resistant to simple observations. All the same, signs of advancing efficiency in American soccer are most welcome.