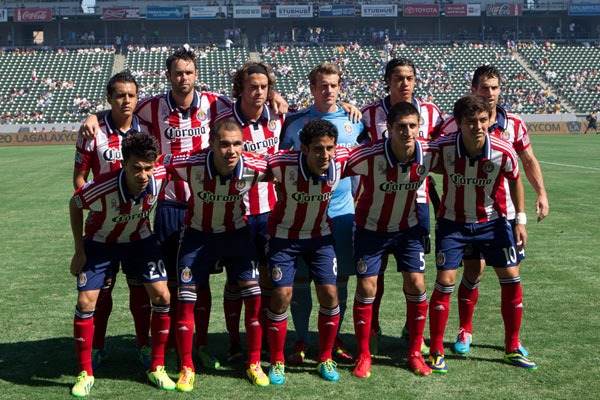 Chivas USA is now a league-owned club, with MLS announcing on Thursday that the league bought the club from Jorge Vergara and Angelica Fuentes. Vergera owns Chivas Guadelajara in Mexico’s Liga MX.

MLS will appoint a club president with Wilmer Cabera staying on as coach. Recent reports had Chivas USA filing trademarks for a rebranding of the club as Los Angeles F.C. or S.C.

MLS confirmed that they intend to find a new owner in the short-term who will commit to building a stadium for the club in the Los Angeles area. The club will undergo a re-branding when that owner is found. For 2014, the club will remain Chivas USA and play at StubHub Center. The Chivas USA branding remains with Vergera.

“We thank Jorge Vergara and Angelica Fuentes for their significant commitment to Major League Soccer,” MLS commissioner Don Garber said. “Jorge was an early believer in the league and he and Angelica have been great partners in MLS. “We collectively agreed that it is best to sell the club to new owners who are committed to securing a new stadium and providing MLS with a strong rival for the LA Galaxy.”

In his own statement, Vergera spoke about trying to run two clubs.

“When Angelica and I gained full operational control of the team for the first time 15 months ago, we were hopeful we would be able to turn it around,” Vergara said. “However, there is only one Chivas de Guadalajara, and we have realized that it will require more time, further resources, and a level of commitment that would divert too much of our focus from our other business interests. We explored opportunities to sell to other groups, but we believe selling the franchise to MLS on an expedited basis is in the best interests of all parties, including the team’s players and its dedicated fans. MLS has assured us they are committed to keeping the club in Los Angeles and finding the right owners to make the team successful in the future. We greatly appreciate the leadership and collaboration of Don Garber and his colleagues at MLS, which resulted in an efficient transaction that benefits all the parties involved.”