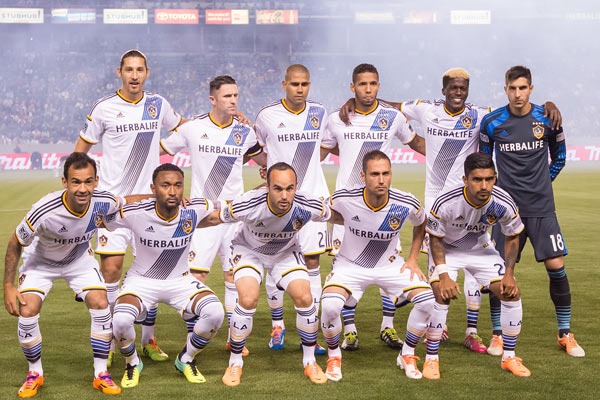 The LA Galaxy have faced several difficult and ultimately insurmountable obstacles in their quest for CONCACAF Champions League glory.

As the club prepares for its third knockout round in as many years, however, the club is done with giving itself reasons to fail.

The Galaxy will face Club Tijuana in a quarterfinal series that begins Wednesday at StubHub Center. It culminates next Tuesday some 130 miles down Interstate 5, across the border, down a paseo, and over a boulevard at Estadio Caliente.

The last two years, the Galaxy’s stay in the CCL has ended prematurely. Toronto FC stunned the Galaxy in a quarterfinals series in 2012. Monterrey slammed the door shut in a semifinal series a year ago.

Conditions that were challenging then – preseason form/fitness, salary cap disparities against the Mexican rival, managing a two-leg series – exist now. Arena brushed aside any notion his team is not capable of winning under any circumstance.

“There’s no reason to believe we can’t be successful in this tournament. It’s important for our club, it’s important for the way we want to grow our club. We just have to step on the field and get the job done,” he said.

Still, there are the factors that were troubling before, even in previous versions of CONCACAF’s club championship. Obstacles that existed then have not gone away. The main issue is the club’s form and fitness. The Galaxy have played exactly one competitive match in 2014 while Xoloitzcuintles are 10 matches into their season.

“That makes it a bit tough,” Galaxy defender Omar Gonzalez said. “They’ve had 10 games to get stuff right. Considering we played a few days ago our first game of the season and things didn’t go our way, we have to really focus and try to at least get things right.”

The team did set out from the start of training camp with a goal of advancing in this tournament. The Galaxy played a preseason friendly in Mexico City against Pumas as part of their preparation. Still, nothing can match Tijuana’s lead-up to this series.

“It’s a disadvantage without a doubt,” Galaxy defender Todd Dunivant said. “it’s always like this. We came out last year against [Herediano] and did a good job and won that series under the same circumstances.”

Mexican teams are stronger than Costa Rican teams, an observer pointed out.

“You could say that but we have no choice,” he said. “That’s why we had the preseason.”

After beating Herediano a year ago, the Galaxy faced the same scenario. Host the first leg against a Mexican side. For most of that first leg, the Galaxy had realistic hopes of reaching the following round, but a mismanaged ending squashed those dreams.

“We also have to learn the lesson from Monterrey that we can’t push too much, and if we do we’re gonna get burned. We turned a 1-0 win into a 2-1 loss and really put ourselves against it going down there,” Dunivant said. “It’s gotta be a smart game. You have to take your chances when you get them. That’s true of any game but you really have to be clinical in these series.”

With all these issues surrounding the series, though, the Galaxy feel that none of it will matter once the whistle blows to start the match. Being in this position is a bit of a gift and the club will not allow for any excuses to slow them down this time.

“For me this is a huge game and I know for a club it’s even bigger,” Gonzalez said. “It’s a chance to win the tournament, to represent the league and break that dominance that Mexican teams have. I think it’s time for one of our teams to win it and hopefully it’s us.”