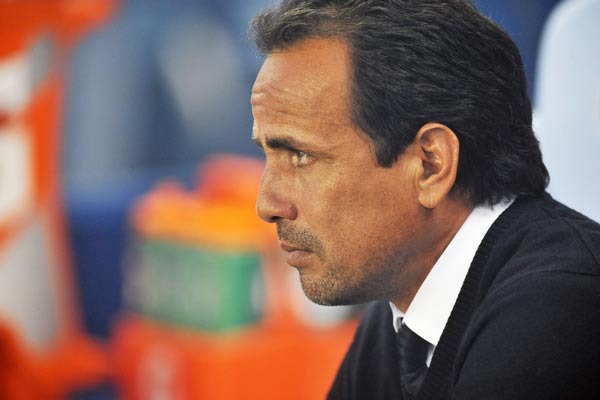 By Jason Davis – WASHINGTON, DC (Mar 26, 2014) US Soccer Players – There are two ways to view the start of the 2014 MLS season for FC Dallas. Both are valid in their own ways, but they carry with them very different expectations. One presumes a collapse. The other might lead to glory.

The first very defensible outlook on FC Dallas’s start so far this season—a start that includes seven goals scored in three games and seven points earned to put the team out ahead of the pack in the Western Conference —is that this is deja vu. That it’s the 2013 MLS season all over again, a strong start that will ultimately lead nowhere. Much like the fate that befell former coach Schellas Hyndman’s final version of the team.

Last year, FC Dallas shot out of the gates on an absolute tear, winning six of their first eight games and collecting 24 out of a possible 33 points. The run included big victories over Houston, Real Salt Lake, and the Galaxy and seemed to announce FC Dallas as the team to beat in the Western Conference. They didn’t light up the scoreboard, but they played well enough to win in most games and clawed out draws when they didn’t. Through 11 weeks, the club’s only loss was a 3-1 defeat on the road to Chivas USA, during a stretch when the Goats were also among the hottest teams in MLS.

In hindsight, perhaps an eventual collapse was always in the cards. Losing to Chivas USA did not bode well for the teams they bettered last season, save for the Red Bulls.

Torn apart by injury and susceptible to inconsistent poor play, FC Dallas proceeded to win just four more times after Week 11. They finished 8th in the West, seven points adrift of a playoff spot. Hyndman appeared unable to figure out the problem and stepped down at the end of the season.

The second perfectly reasonable way to assess FC Dallas’s 2014 start is that they’re going to be among the league’s best teams for the majority of the season. That doesn’t mean a playoff spot is guaranteed, but on the evidence of their start, Oscar Pareja’s team certainly look like capable of making noise in the stacked Western Conference. It’s not just the two wins, or the scrappy draw they secured in Kansas City via a late Matt Hedges set-piece goal. It’s their style of play, the quality of their talent, and the direction of Pareja himself.

The style is entertaining, to say the least. Pareja brought with him from Colorado a penchant for fast-paced, attacking soccer working out of a 4-5-1 (or 4-3-3) formation. Playmaker Mauro Diaz, a type of player Pareja didn’t have at his disposal with the Rapids, orchestrates from underneath Panamanian powerhouse Blas Perez. Je-Vaughn Watson and Fabian Castillo – perhaps the side’s second-best player so far, behind Diaz – provide blazing speed up the wings. Hendry Thomas holds, Andrew Jacobsen or Adam Moffat provides the bite, and FC Dallas utilizes speed and athleticism to relentlessly run at opposing defense.

This is essentially the team Hyndman left behind, plus former Rapids midfielder Thomas, Moffat, and new forward option David Texeira. If there’s a difference between the long-term fortunes of last year’s squad and this version, it won’t be difficult to narrow it down to those few additions and Pareja. Whatever that trio of newcomers bring, however, lack of talent was not among the issues that submarined the club’s season in 2013.

Injuries were, however. It’s worth nothing that FC Dallas is out fast this season despite missing Zach Loyd and George John, both of whom figure to be regulars in the backline when healthy. For the time being, Pareja is making due by pairing Matt Hedges (one of the brightest young defensive players in the League) with either Stephen Keel or Moises Hernandez and deputizing homegrown product Kellyn Acosta in Loyd’s usual right back spot. Acosta is still learning, and can’t be counted on to be consistently good at the age of 18, but his contribution on Saturday was a good sign for the club’s depth moving forward.

FC Dallas also has American youth international Walker Zimmerman, another center back choice for Pareja to consider when the Furman product recovers from a groin injury.

With the Rapids last season, Pareja navigated through difficult injuries absences by leaning heavily on a batch of rookies and youngsters. While he does have a few banged up starters missing to begin his first season in charge of FC Dallas, it’s not nearly to the degree of that Colorado experience in 2013. Last season, he notably guided the Rapids to a surprise playoff berth. If Pareja does have to turn to youth in Frisco, he has the added benefit of relying on youth with some professional experience.

All of that bodes well for a return to relevance for FC Dallas. More importantly, it’s the potential for a return to the playoffs for the first time since 2011. Firepower, depth, stout midfielders where previously such strength was lacking. On paper, FC Dallas is indeed one of the Western Conference’s stronger teams.

Their hot status reflects that truth, and it’s only the drop off the table in the final two-thirds of 2013 that could mitigate excitement over their chances to be a force throughout this season. A fair assessment that ignores recent history puts the club among the legitimate contenders in a conference that does not lack for good teams.

It’s okay to be hesitant about this version of FC Dallas, especially through three games. They’ll have to earn our confidence with the consistency they lacked last year. They’ll also have to prove they can overcome a physical response to their style. That’s an inevitability in MLS as teams work to game plan against all of that speed and dynamism.

But if it’s the other opinion that wins out, that exciting talent and real depth plus Pareja’s guidance might mean our eyes do not deceive us thus far. FC Dallas really is one of the best teams in MLS in 2014, that’s okay too.

Sample size be damned, there are plenty of reasons to believe.