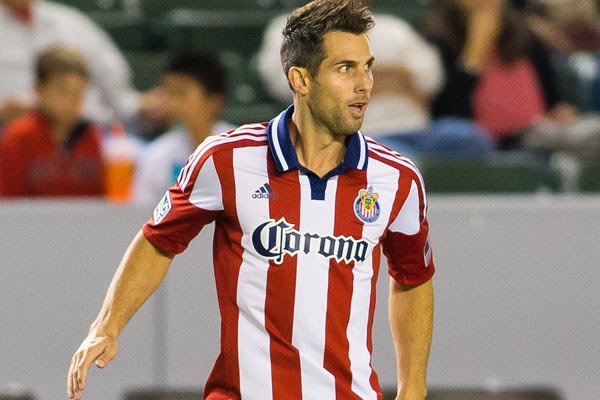 By Luis Bueno – CARSON, CA (Mar 6, 2014) US Soccer Players – The LA Galaxy may be the most prestigious and successful club in MLS, but that does not equate to unquestioned popularity across their home region.

For as many reasons there are to support the LA Galaxy – their championships, star players, success year in and year out – there exist reasons to root against them. The Galaxy can come off as corporate, sometimes downright arrogant. It’s not just the local fans of soccer – but not necessarily the Galaxy – that feel that way. MLS itself played up that angle when they decided the market not only needed a second team, but a second team playing at the same stadium.

They’re right. The LA market is fertile for a different MLS experience and Nelson Rodriguez hopes to plant some seeds here this season.

“There are a lot of fans who are seeking a soccer alternative in the Los Angeles area and we want to be the club for them,” Rodriguez said in a conference call on Monday.

A longtime MLS executive, Rodriguez is now in charge of Chivas USA. The alternative Rodriguez hopes to provide is not necessarily this team in its current shape but rather this club one year from now.

Chivas USA had their chance of being the alternative soccer club in Los Angeles but that proved to be a decade-long failure. Their attempt was misguided, the execution laughable. For every step forward, the club took giant steps backward until the only direction Chivas USA headed consistently was down. The club bottomed out in 2013, with atrocious results and equally distressing attendance figures.

Chivas USA turned out to be the anti-alternative.

Trying to capture new fans and build up a club worthy of competing with the Galaxy is a challenge Rodriguez looks to take on. Unlike the previous owners, though, Rodriguez understands that fads and promises do not last.

“We’re not going to try crazy things or try and find some silver bullet or magic elixir. It doesn’t exist,” Rodriguez said. “The answer comes in hard work.”

At one time, Chivas USA had a hard-working man in charge, at least on the field. Bob Bradley constantly talked about the work the team put in during practices when he was coach in 2006. Not coincidentally, the club pieced together some positives that year, on the field and off. The momentum continued as the success grew but Chivas was unable to maintain their winning ways.

Whatever owners come in for 2015 and beyond won’t face those burdens. Rodriguez hopes create a winning club for the future owners of the team. With 66 losses over the last four seasons, Rodriguez and new coach Wilmer Cabrera face a massive challenge to avoid adding to those alarming numbers.

Still, Rodriguez said the team is committed to success this year.

“We have an obligation to the StubHub Center and to all the fans of Chivas USA to make the 10th year the most successful and best we can make it,” he said. “At the same time we have to be preparing the organization for what ultimately will be another move in the Los Angeles area.”

While Los Angeles can support two MLS teams, the city does not support losing teams.

“Everything starts with on-the-field,” Rodriguez said. “At the end of the day, Chivas USA is a soccer club and we need our product to be worthy of fans’ attention.”

Nothing captures attention like wins and nothing would help the 2015 version of this club more than to build on a successful on-the-field season. Perhaps the coaching staff cannot wipe the slate from the last four years clean. That said, for the first time in a long time there’s a feeling of hope and expectation.

“We’re going to step on the field with the expectations of winning, not of lambs going to slaughter,” Rodriguez said. “We will look to go to goal. We will not just sit in and try to save results. We will pursue wins and in the process we expect to gain those.”

Winning may not lead to sold-out crowds but it’s a good start towards creating a true second LA club.

“We intend to be good neighbors in our community. We will be out there contributing to our community and we will make every effort on the field to be a winner on a regular basis,” Rodriguez said. “If we can do that little by little I think people will jump on the bandwagon.”