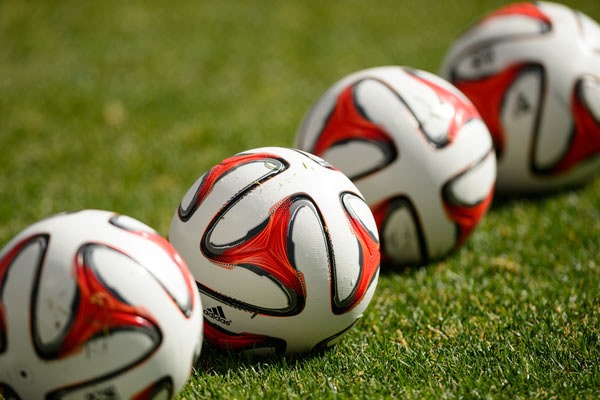 By Mark Levinstein – WASHINGTON, DC (Mar 17, 2014) US Soccer Players – For the past 40 years, one sport in this country has been the most consistently hostile to professional athletes and other employees. Soccer. Starting with the old NASL of the 1970’s and 1980’s to the United States Soccer Federation to Major League Soccer, the people in charge of soccer in the United States have been consistently, openly, hostile to paying players, coaches, referees, or other employees fair compensation.

The latest example is MLS’s treatment of referees. MLS and the US Soccer Federation created the Professional Referees Organization in 2012 with the stated purpose of improving not only the quality of the referees working MLS games, but the level of professionalism. Instead, we start the 2014 season with replacement referees. The promise of PRO turned into another opportunity for American soccer to devalue key employees.

It is not enough for MLS to compensate fairly a small number of players per club. A professional soccer league’s product includes the entire starting line-up as well as the players who compete with those top players for their starting spots. The product also includes the coaches, the teams’ technical directors, and other front-office personnel with soccer expertise. The product also includes the referees. Match officials control games and protect the safety and careers of those players the fans pay to see. If it continues to undercompensate these employees, MLS will be unable to compete or improve the fan experience.

Using replacement workers is an old tactic to try to divide employees and scare them that they might lose their jobs. Unqualified people are agreeing to serve as replacement referees to protect their jobs when the lockout is over and to curry favor with PRO, MLS and the Federation. No one needs to be in that position. Not the scab officials and certainly not the players forced to play without proper officials.

How did we get here? A year ago, the referees made it clear that they wanted collective representation by a union. They wanted to sit down with the PRO and finally negotiate professional treatment. They formed the Professional Soccer Referees Association, the PSRA.

PRO refused to recognize the union. Instead, PRO, as the referee arm of MLS and the Federation, hired the same law firm the Federation employed in 1996 to try to prevent the US National Team players from forming a union. Only after the NLRB ruled in favor of the PSRA (after forcing the referees to endure a very lengthy legal battle) would PRO even start to negotiate with the referees.

There’s a long history here. This is anti-labor anti-employee business as usual in US professional soccer. The old NASL spent five years refusing to recognize a players union and defied the NLRB until a federal court in 1980 ordered the NASL to recognize its player union. In 1997, the US Soccer Federation President swore he would never deal with a National Team players union. After almost a year of administrative proceedings, the NLRB forced the Federation to engage in collective bargaining with the US National Soccer Team players.

PRO responded to the PSRA’s efforts to engage in collective bargaining with months of refusals and litigation. Now the PRSA has charged in an NLRB filing that the PRO leadership has added threats of retaliation and retribution to its arsenal. That is why the parties still do not have a deal.

Instead of negotiating reasonable salaries, PRO followed the old soccer playbook. They locked out all PSRA refs, bringing in replacement employees. Yes, scabs. Other industries abandoned this management tactic decades ago. The Federation used the same improper tactic when locking out the US National Soccer Team players, first in 1996 and then again during World Cup Qualifying in 2005. Rather than agree to reasonable salaries and benefits for hard-working referees who are a crucial part of the product the MLS sells to fans, PRO and its lawyers chose to engage in a costly and publicly embarrassing management tactic.

Rather than agree to pay a reasonable wage so soccer might attract high quality officials in the future, PRO is willing to damage the MLS product and risk the safety of players to send a message. It’s not only about the referees. It’s intended for the MLS Players Union, and everyone else in soccer. The message is that only team investor/operators, league executives, and a few star players will receive the fruits of the growth of soccer in this country.

This problem of inadequate and unfair compensation is not limited to MLS referees. Remember, the entire MLS dysfunctional structure was for one and only one purpose. The MLS’s so-called single-entity model exists to eliminate competition between teams, keep MLS players from receiving their fair share of the league and team revenues, and prevent MLS players from choosing for which MLS team they want to play.

In recent years, a few MLS team investor/operators have recognized the value of offering competitive salaries to a few top international players. The US National Soccer Team Players Association recognizes and appreciates those decisions and applauds the few MLS investor/operators with the vision and fortitude to reject the MLS strategy and compensate a few of the National Team players who have caused the increased popularity of soccer in this country. Those players have put tens of millions of dollars in the MLS coffers.

It is time for fan and media scrutiny of the people running professional soccer in this country. If MLS wants to compete with the top leagues in the world, it needs to abandon its anti-employee policies and develop a better product by investing in its players, coaches, and yes, even its referees.

Mark Levinstein is the acting Executive Director and outside General Counsel for the US National Soccer Team Players Association.