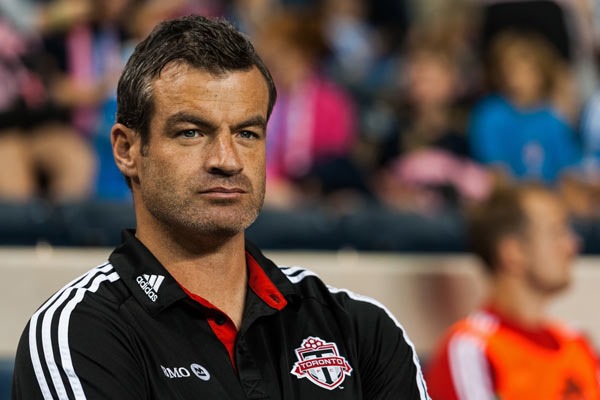 By Jason Davis – WASHINGTON, DC (Mar 5, 2014) US Soccer Players – It almost feels as if we need an off-season from the MLS off-season. After three months of fevered speculation, backed up by landmark signing, followed by exhausting intrigue, the 19th season of MLS kicks off on Saturday. It almost seems like too much, too soon.

Still, it will be nice to finally exhale and watch all of the storylines we’ve collected over the winter play out in front of us. Soccer games that count will bring resolution. We hope.

Toronto FC and the case for marquee signings

Top of the list of stories to watch heading into the new season is the makeover of Toronto FC. The whirlwind signing of Michael Bradley stole the headlines in January, but Jermain Defoe’s arrival might be as potentially transformative for Canada’s first MLS franchise.

Tim Leiweke’s spending spree brought a major feel back to a club. Once upon a time, Toronto was the original standard-bearer for passionate, European-style support. That’s back, and it’s because of belief in the club. Then they worked out a short-term loan for Brazil’s likely starting goalkeeper for this summer’s World Cup. Welcome Julio Cesar, and Toronto soccer is suddenly a constellation of stars.

Whether that constellation resolves itself into the identifiable form of a playoff/MLS Cup contender is the pressing question. TFC kept Ryan Nelsen on the job, the one major holdover from the pre-Leiweke era. It’s tough to know yet if Nelsen is a competent MLS coach, much less a playoff-caliber one. He certainly has the tools to bring the postseason to Ontario for the first time in MLS history.

The Vancouver Whitecaps and the Camilo controversy

Toronto weren’t the only Canadian club to make headlines this winter. The Vancouver Whitecaps would’ve preferred the Camilo saga stay behind closed doors. After all, this is the ‘according to league policy’ MLS that keeps financial and contract details to itself. It didn’t work out that way.

2013 MLS Golden Boot winner Camilo pulled the ultimate power play. Coming off a career season, he challenged the option MLS adds to its standard player contract by leaving for Liga MX without permission. Still under contract with Vancouver, but leveraging questions about the legality of the option year, Camilo managed to convince Liga MX side Queretaro that he was available. The Gallos Blancos put the Brazilian striker in their jersey, took a picture, and started one of the stranger controversies in MLS history.

In the end, Camilo got his way and Vancouver got a transfer fee (or a promise of one, anyway). Save a bit of schadenfreude (Queretaro is currently in the throes of financial problems and the players aren’t getting paid), the story now moves on to who will step in to fill Camilo’s boots in Vancouver.

The mystery of the Western Conference coaches

Coaching turnover is something of a theme in the Western Conference. Five teams are steaming into the new year under a different head coach than the one who finished 2013. Two clubs stand out however, in part because of the circumstances of their swaps and because they each come off of playoff appearances last season.

When Jason Kreis said his tearful goodbye to Real Salt Lake, the club he helped turn into a model MLS franchise and a perennial MLS Cup contender, the leadership chasm he left behind was immense. Rather than go outside of the family for a replacement, RSL chose to promote goalkeeper coach Jeff Cassar to the position.

Giving Cassar the job is a double-edged sword. While he is a part of the culture and is intimately familiar with the players, he cannot be successful unless he puts his own individual stamp on the team. A check of the transaction sheet reveals that RSL has gone with stability not just in their coaching hire, but in their personnel as well. Only Montreal has made so few additions with just a few days to go until the season gets underway.

Colorado is the other Western Conference team with the intriguing head coaching story. The architect of last season’s surprise run to the playoffs on the back of a host of young talent, Oscar Pareja, is gone. He moved to FC Dallas, the team where he spent most of his MLS playing career.

The shock of that decision, and the disruptive way it played out, left the Rapids reeling. To this point, the club has yet to officially name a replacement (interim or otherwise). The process is still ongoing.

As of right now, Pablo Mastroeni is acting in the head coaching capacity, without any promises the job will be his. We really don’t even know if the Rapids legend wants the job at all, considering the indecision he expressed as his playing career came to an end.

Will the Rapids hire someone at the eleventh hour? Will Mastroeni get the chance to show what he can do?

But that’s not all….

There’s the situation at Chivas USA, the club spending a final season under that name now fully owned and operated by MLS itself. Wilmer Cabrera was a solid choice to revive the Goats’ fortunes. Will he have enough freedom to turn the team around in a transitional season off the field?

The Sounders are again a focus, though this season is as much about redemption as it is about finally winning a title. Seattle’s collapse at the end of 2013 will hang over Sigi Schmid, Clint Dempsey, and company until it is clearly shown to be an aberration and not a fundamental problem in need of fixing.

The Union deserves some attention as they reworked their roster and brought in Maurice Edu. There are new coaches in Columbus, Chicago, and Montreal. DC United is working towards something other than a last place finish.

Exhausted as we are, having processed so much during this short (but not short enough for some) MLS winter, there’s no time to rest. The season starts on Saturday.

It’s time to get some answers.