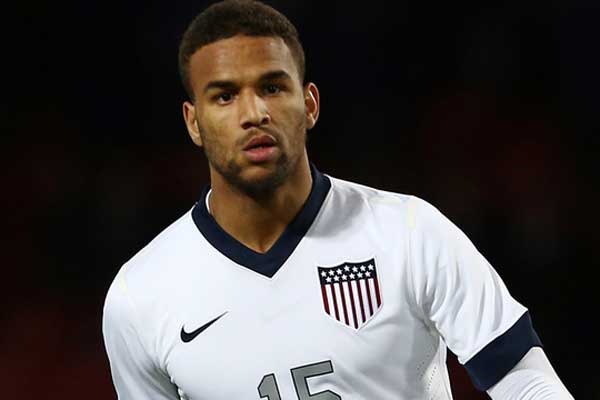 It was quite the weekend for two USMNT players, with Terrance Boyd scoring twice in Austria and John Brooks getting a goal in Germany.

In Germany’s Bundesliga, John Brooks opened the scoring for Hertha Berlin in their 2-0 shutout of last-place club Eintracht Braunschweig. Brooks scored in the 61st minute with Sami Allagui doubling the lead in the 77th. Hertha Berlin are 10th in the Bundesliga table. Also in the Bundesliga, Fabian Johnson and Hoffenheim and Eintracht Frankfurt finished scoreless. Timmy Chandler played the first-half for Nurnberg in their 2-0 loss to Mainz.

Alejandro Bedoya’s Nantes came back to draw 1-1 with Marseille in Ligue 1 on Friday. Marseille opened the scoring in the 30th minute with Serge Gakpe equalizing for Nantes in the 64th. Nantes are 10th in the Ligue 1 table, a point behind Toulouse and Reims with 3 games remaining.  Mix Diskerud and Rosenborg beat Brann 5-2 in Norway’s Eliteserien. Rosenborg’s fourth and fifth goals came from the penalty spot. Brann got a late red card in stoppage time.

Tim Howard’s Everton were shutout 2-0 by Southampton on two own goals, the first falling within a minute of the opening whistle. Everton put the ball into the back of their own net again in the 31st minute. Everton are 5th in the Premier League table, a point behind 4th-place Arsenal.

“It was a really difficult result to take,” Everton manager Roberto Martinez said. “The reality is to concede two own goals so early in the game made things nearly impossible. I did think that the second half we came out with a good attitude and good bravery but we needed that goal.”

Tim Ream’s Bolton Wanderers beat Oguchi Onyewu’s Sheffield Wednesday 3-1 at Hillsborough in the Championship. All goals came in the first-half. Bolton’s Neil Danns opened the scoring in the 8th minute and it was 2-0 Bolton from a Chung-Yong Lee goal in the 19th. Liam Trotter made it 3-0 Bolton in the 29th. Joe Mattock scored for Wednesday in the 38th minute. The referee booked Onyewu in the 57th.

Jonathan Spector went the distance in Birmingham City’s 3-1 loss to Leeds United. Leeds scored two unanswered goals in the second-half and a Birmingham own-goal gave them a third in the 78th minute. Federico Macheda scored for Birmingham City in the 83rd minute.

Edgar Castillo and Joe Corona started for Tijuana in their 2-1 loss to Leon on Friday in Liga MX. Leon scored all three goals, allowing Tijuana back in with an 81st-minute own goal. Tijuana qualifies for the Clausura playoffs by finishing 7th, a point ahead of Leon. Corona subbed out in the 59th minute. Jose Torres subbed out in the 81st minute for Tigres in their 2-1 win over Atlas. Tigres finished 14th in the 2014 Clausura season.