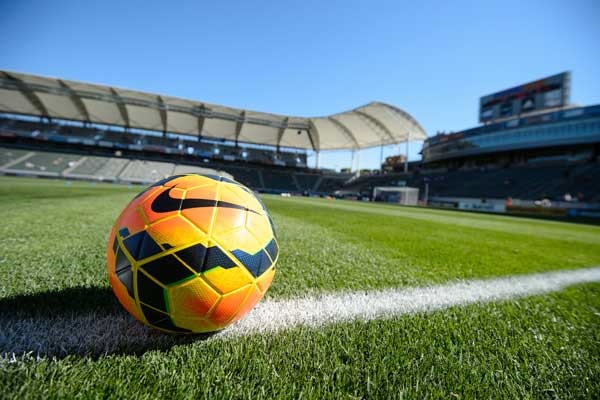 By Charles Boehm – WASHINGTON, DC (Mar 31, 2014) US Soccer Players – What is a national team, anyway? Is it a cohesive unit forged over many years, or a collection of a country’s best 15 to 20 players at any given moment?

Fans of the USMNT who aren’t deeply familiar with the history of the Women’s National Team may have been confused by the intriguing events around the USWNT over the past week, as head coach Tom Sermanni was suddenly fired. US Soccer revealed that news via an eyebrow-raising press release at 10pm ET last Sunday night. Sermanni was just over a year into his four-year contract.

Sermanni has a strong coaching record built mainly in Australia with both men’s and women’s teams. He was the top selection from US Soccer’s wide-ranging search for the successor to Pia Sundhage. She was the singing, guitar-playing Swede who led the US Women to the 2012 Olympic gold medal.

Replacing Sundhage also required refreshing the No. 1 team in the world. The USWNT’s battle-tested core needs an infusion of new talent in time for the 2015 Women’s World Cup in Canada. So, Sermanni duly brought in a wide range of new players to several camps and friendlies over the first year of his tenure. Some were college-aged, others late-blooming pros. All seemed like complementary parts to incumbent superstars like Abby Wambach, Alex Morgan and Megan Rapinoe.

The new boss appeared relaxed and friendly. He made no secret of his desire to cultivate younger talent as well as a more nuanced playing style. That would give the powerful, direct USWNT another way of beating elite rivals like Japan and Germany on the biggest stage.

Those winds of change led to some inconsistent performances. There was an embarrassing 7th-place finish in the Algarve Cup tournament. It also discomfited the status quo among the roster’s core.

We don’t know what led up to Sermanni’s dismissal. All we know is that the Federation decided that things weren’t working. US Soccer dismissed Sermanni – shocking him, and nearly everyone else.

Clear answers have been in short supply, so we may never know exactly how and why things worked out the way they did. The entire situation did reveal just how different life is for the #1 team in the world than for the #13 (the USMNT’s place in the latest FIFA World Ranking).

The World’s top spot is the USWNT’s to lose. Every move they make and every result is under that spotlight. The overall health of women’s soccer in this country ties to how the USWNT performs. Though there are parallels with the USMNT, the situation is different.

It’s been awhile since the USWNT lifted the World Cup. With their #1 ranking in place, that trophy looms over the program.

Sermanni perceived this and made 2015 his priority. Unsurprisingly, he gauged that many of his current stars would still be pivotal contributors at that stage, and a few others would not.

As of last year, in this process he had the benefit of the NWSL, the new, U.S. Soccer-operated pro league explicitly intended to help the USWNT. Sermanni traversed the country, watching NWSL and college matches, eyeing up rising prospects as well as the form and fitness of his regulars.

“I think there’s been a notion in the U.S. that there is a starting 11 and I think we’re very much in a situation where it’s a squad game. And we’ve got a very, very strong squad,” Sermanni told SoccerByIves.com’s Caitlin Murray in February, explaining that he was still miles away from knowing his roster for the World Cup qualifiers in October. “So, the starting 11 is potentially going to vary even when we get to the World Cup.”

It seemed logical. He had the deepest player pool in the world at his disposal and his domestic league was about to provide him with an ideal showcase for his options. Like USMNT coach Jurgen Klinsmann is doing at present, he was prepared to let everyone in the mix race to the finish line before making his decisions about his ideal roster.

Then again, there’s the counter argument of messing with success. Why even take the chance of disrupting the world’s best starting 11 and the several living legends who led it?

Here we arrive at one of the fundamental tension points in the history of both US national teams.

When soccer began its great American comeback in the early 1990s, there simply weren’t enough genuinely elite players for coaches to chop and change according to current form. There wasn’t even a domestic league for those players to show their current form in the first place.

So in the case of the USMNT, the technical staff rounded up the best group of talent they could find and poured in as much time, effort, and resources as they could muster. That meant a residency camp in the run-up to the 1994 World Cup. That required a few players to step away from club opportunities overseas. The best hope for those plucky underdogs was the crafting of a rugged, cohesive team spirit that would make them a tough out for more talent-rich opponents.

It worked. At least until the talent gap grew too large in a Round-of-16 meeting with eventual World Cup champs Brazil. The USWNT took a similar approach in the run-up to their 1999 Women’s World Cup championship, even if they occupied a higher status relative to the rest of the globe.

As more players found more and better pro destinations, this model evolved. However, it did not really shift towards the “player pool” approach seen in top soccer nations until MLS (and later, WUSA for the women) arrived on the scene towards the end of the decade. That gave more American players better daily environments for growth.

It’s noteworthy that Gulati mulled funding a residency environment for the USWNT. US Soccer eventually decided that a domestic league would be a more effective and efficient use of the Federation’s limited resources. He chose competition and exposure over the cloistered cultivation of a core elite.

“I think those of who’ve gotten the opportunity to play in Europe, and who follow the men’s game, know that what it’s been like in the U.S., in the wake of any of the professional leagues, has not been really a realistic situation in the long run,” Yael Averbuch, a USWNT pool member who played overseas before returning home to join the NWSL’s Washington Spirit this season, told USSoccerPlayers.com this week.

“It’s been awesome for the national team because things like residency or a lot of national team programming is wonderful, to be together as a team, that’s great. But ideally, to develop the game in this country like it’s developing throughout the world, I think there needs to be a strong and stable league, and for players to be tested day in and day out. Not only to develop the current players, but also identify new talent.”

Ideally, a coach can find a balance between these contrasting mindsets. Sermanni’s case shows that it’s harder than it may appear.

“To be honest I think it’s a challenge of any coach who takes over the US National Team,” said Averbuch. “To preserve what’s made the team really special – because clearly, there’s amazing history, the team has veteran players who have proven themselves to be absolutely dominant on the world stage again and again – but to balance that with also finding the next wave of players and giving people enough chances to see who those players are and also to really get them integrated with the team.

“So whoever has the job has a big task ahead.”