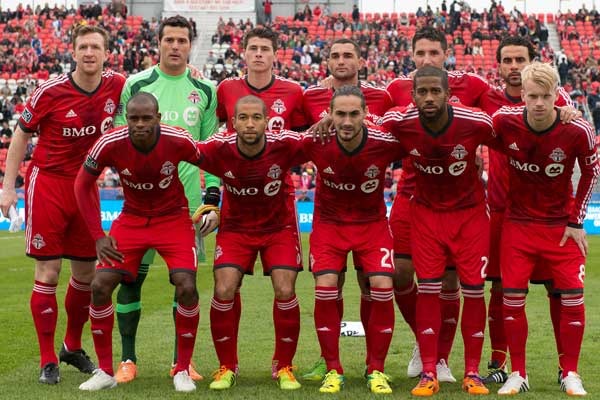 By Jason Davis – WASHINGTON, DC (May 7, 2014) US Soccer Players – As cup competitions go, the Canadian Championship (known for sponsorship reasons as the “Amway Canadian Championship” and identified by fans as the “Voyageurs Cup”) is not all that remarkable when it comes to its inherent identity crisis. South of the 38th parallel, America has its own knockout competition that doesn’t quite know what it wants to be, all the while struggling for any scrap of respect it can muster.

The similarities between the US Open Cup and the Canadian Championship don’t hold across the board. Canada’s tournament is a fraction of the size of the Open Cup, involving just five professional teams spread across two divisions of North American soccer. The semifinal round kicks off Wednesday night, with Toronto FC taking on Vancouver in an all MLS game at BMO Field and Montreal traveling to Edmonton to play the NASL side. Edmonton reached the final four by beating Ottawa FC, a brand new NASL entry, over two legs in April.

Like with the US Open Cup, the Canadian champion earns a spot in the CONCACAF Champions League. That particular route is the only one open to Canadian MLS clubs. Should Montreal, Toronto, or Vancouver ever finish the MLS season in a place that would gain an American side a CCL berth, they wouldn’t qualify via that method. That reality is just another quirk of MLS and its dual-country makeup.

While all three MLS teams would celebrate Canadian champions and moving on to the Champions League, the focus will be on Toronto FC.

Toronto had a four-year run as Canadian champions ended by Montreal last season. By itself, that increases the pressure on the Reds to win. Add in the upgrades TFC made to its roster this winter, and the amount of money it cost them to do so, and it is suddenly imperative Toronto justify their investments in every competition possible. Even if expectations for MLS success is a work in progress, Toronto FC has to regain the Canadian title.

Like the CONCACAF Champions League (and to some extent, the Open Cup), however, the Canadian Championships suffers from a strange phenomenon. In concept, the competition is important and club officials say as much whenever a microphone is around. Too often, however, the practical matter of navigating the MLS schedule makes backing up those words with actions incredibly difficult. The carrot of the CONCACAF Champions League spot isn’t enough to overcome the realities of squad depth and the rigors of travel.

When Vancouver takes the field in Toronto, their lineup will be a far cry from their first eleven. The Whitecaps have declared that they’ll play a young, inexperienced team in the first leg. It’s an acknowledgement that the Canadian Championship isn’t so important Carl Robinson is willing to risk injury to his starters. On the other side, Toronto FC probably won’t play Michael Bradley ahead of his World Cup departure, though a week’s rest might give Ryan Nelsen a chance to play something approaching a full-strength lineup.

Toronto has every reason to go for it at home. Even without Bradley, Nelsen has enough quality players at his disposal to make his team clear favorites to take a lead into the second-leg. The pressure to perform to their new and improving standard and reach the Champions League aside, TFC needs to turn around a poor run that has seen them drop three consecutive games.

In the other semifinal, Montreal goes west to play FC Edmonton in Alberta. Edmonton carries the burden of the second division in Canada. The subtext here is that the NASL is desperate to get one of their teams into the CONCACAF Champions League. It’s anyone’s guess if the league offices of the North American Soccer League are as anxious about their remaining Canadian team beating MLS competition as seems to be the case in the US.

Montreal could just do with a little success in a season that has been a near-disaster to this point.

Canadian clubs only need to win two or three series to grab a trophy. That has the dual effect of making it more disappointing when they come up short while also intensifying the matchups between MLS teams.

Still, the repetitive nature of the match-ups – Vancouver and Toronto have face each other 10 times since 2008 – desensitizes everyone involved to the tournament’s importance. Adding Edmonton and Ottawa doesn’t do much for mixing things up. Especially when the two NASL clubs play one another before the MLS teams enter the competition. A much larger expansion would add the sort of drama fans associate with knockout competitions.

The Canadian Championship lacks a long history, but that shouldn’t be a hindrance to making it a bigger tournament. If the US Open Cup is anything to go by, history means little when the major leagues involved are so new and the clubs capable of winning the trophy are still grappling with budget constraints.

On some level, the pride of becoming Canada’s champion should be enough to push clubs to give something approaching a full effort. The Voyageur’s Cup itself, the trophy bestowed upon the winner, is a creation of Canadian fans interested in imbuing the national knockout tournament with real importance. Those fans certainly want to see MLS teams give it their all.

Does the Canadian Championship matter? The events of Wednesday night, and more specifically the lineups that take the field in Toronto and Edmonton, will help to answer that question for 2014.