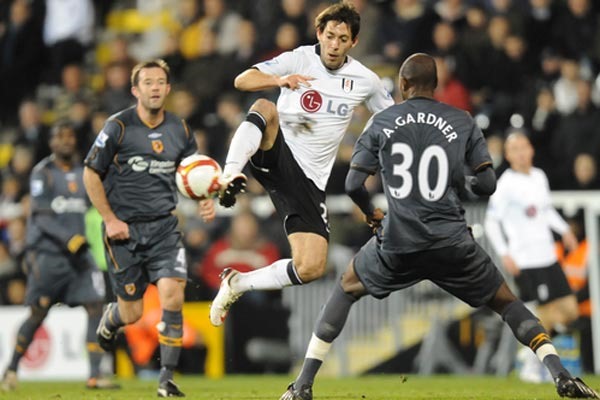 By Clemente Lisi – NEW YORK, NY (May 2, 2014) US Soccer Players – MLS may never adopt the multi-tier relegation system that is the staple of leagues across the globe. Even without that level of risk in MLS, American soccer players – and there have been plenty over the years – have been involved in many intense relegation battles. Some have been successful, others not so much.

As the soccer season comes to a close this month, there are many clubs across Europe seeking salvation. Jozy Altidore and Sunderland are just above the Premier League relegation zone as the team moved (for now) out of the drop zone (on goal differential) this past weekend with two games left to play. Jonathan Spector’s Birmingham City need help on the final day of the Championship season on Saturday to avoid disaster.

With weeks left in the European club season, we take a look back at five epic relegation battles of the past that involved USMNT players and what we learned from each one.

Season: Coming off the success of the 1994 World Cup, Alexi Lalas became the first American to play in Serie A in the post-World War II era. With teammates such as Giuseppe Galderisi (a future MLS star), Padova had a tough go of it. The team featured nine starters who had made their Serie A debuts (including Lalas) and it showed. Lalas scored in a 2-0 win over AC Milan. He would end up with three goals that season over 33 games. Padova finished fourth from the bottom, tied with Genoa. That setup a tiebreaker, winner-stays game. In the end, Lalas and his teammates stayed up after defeating Genoa 5-4 in a shootout.

Aftermath: Lalas played with Padova for another season (just 11 games in ’95-96) before coming home to play in MLS’s inaugural season with the New England Revolution. Padova, meanwhile, finished last that spring (without Lalas) and has not been in the top-flight since.

What we learned: Although he later faced unwarranted criticism, Lalas proved his worth in Serie A, the toughest league in the world at the time. Despite that, another USMNT regular would not play in Italy until Michael Bradley signed with Chievo Verona in 2011.

Season: The euphoria of promotion from the Championship subsided pretty quickly once Watford started competing in the Premiership. The team featured defender Jay DeMerit, a key player in the team’s promotion who had gone from amateur to pro in just a few years. Although the team reached the semifinals of the FA Cup (where they were eliminated by Manchester United) that season, Watford finished in the Premiership cellar with DeMerit scoring two goals that season.

Aftermath: DeMerit became a regular on the USMNT and played in the Championship with Watford until 2010. He was a starter at the World Cup and came to MLS in 2011, signing with the Vancouver Whitecaps. Watford has not played in the Premiership since it dropped in 2007.

What we learned: That an unknown amateur like DeMerit could make it Europe’s pro ranks in fairytale style and gain a spot in the starting lineup at the World Cup.

Season: While DeMerit and Watford sunk to the bottom of the EPL standings, Fulham – featuring three USMNT players at the time – struggled to stay out of the drop zone. The team featured defender Carlos Bocanegra and strikers Brian McBride and Clint Dempsey. Fulham had started the season strong, but was sucked into the bottom half of the table following just one victory over 18 matches. Manager Chris Coleman exited in April, replaced by Lawrie Sanchez. Ultimately, it was Dempsey, signed during the January transfer window, who secured Fulham’s safety with a 1-0 victory over Liverpool.

Aftermath: Fulham may have survived, but the struggles would continue for another season.

What we learned: That English clubs had become increasingly dependent on USMNT players with Dempsey emerging as a star for club and country.

Season: Another season, another struggle. This time, Sanchez added two more USMNT players to his lineup – veteran goalkeeper Kasey Keller and striker Eddie Johnson — in an effort to compete for a spot in Europe. Instead, the team struggled to get wins. With two games left in the season, Fulham were able to get out of the relegation zone as Reading lost to Tottenham and the Cottagers defeated Birmingham. The win allowed Fulham to stay out of the drop zone on goal difference. Fulham ultimately survived following a 1-0 victory a week later on the road at Portsmouth.

Aftermath: As Dempsey matured as a player (and became a regular in the USA lineup), so did Fulham. Within a few short years, the club was competing in the top half of the table and made a splash in the Europa League.

What we learned: In 2008, McBride left Fulham to play in MLS for the Chicago Fire. He remains a fan favorite.

Season: West Ham, featuring defender Jonathan Spector, was on a quest for survival after Gianfranco Zola’s men suffered a string of loses in the middle of the season. By the time spring rolled around, West Ham’s form got just good enough to avoid the drop. The team ultimately finished 17th, five points clear of the relegation zone, for another year in the Premiership. Spector played in 27 games, most of his appearances at left back despite being a right-footed player.

Aftermath: Spector also went on to play at the 2010 World Cup, where he played right back.

What we learned: A shift to midfield brought goals for Spector, but West Ham’s struggling form finally caught up with them. The team dropped down at the end of the 2010-11 season. Spector moved on to Birmingham City in the Championship, where he continues to play along with American-born defender Will Packward. Both are part of Birmingham City’s challenge to stay up on the final day of the Championship season.