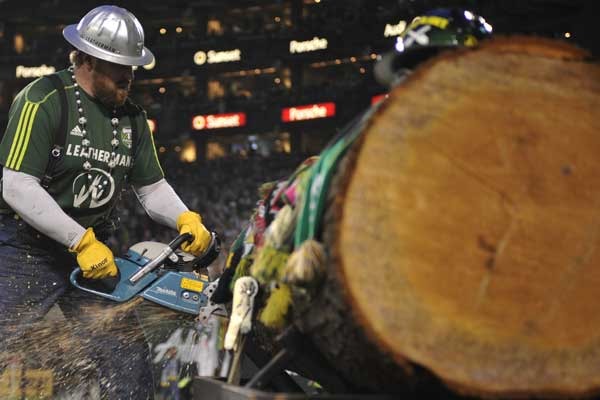 By Jason Davis – WASHINGTON, DC (May 30, 2014) US Soccer Players – For the first time in the 2014 MLS season, the Portland Timbers are on a winning streak. Courtesy of a 2-0 win in LA against Chivas USA on Wednesday night, just their third win on the season, Caleb Porter’s team is riding a modest wave of momentum. The question on everyone’s mind, certainly in Portland, is whether this team can maintain its momentum. More to the point, has it come too late to save what has been a supremely disappointing season.

The Timbers rolled into 2014 with high expectations. After finishing atop the Western Conference in 2013, there was no reason to doubt that Portland might be ready to take the next step into the MLS elite this year. Though the MLS regular season is enough of a crapshoot that another first place finish would be far from certain, the baseline for the Timbers in 2014 was a playoff berth and a challenge for the MLS Cup.

The reasons for belief were obvious.

Those reasons for belief didn’t translate. Through 13 games in 2014, Portland has 16 points. As the table currently stands, that’s good enough for sixth in the West and eleventh across all of MLS. Those places flatter to deceive.

In the Western Conference, all three teams trailing the Timbers have played fewer games. All but one (last place Chivas USA) is within three points of Portland. Direct competitors for the playoff spots are close, as they’ll probably be all season.

Portland’s place just below the red line makes it look like they’re within striking distance of a playoff spot. A closer look at recent history and the Timbers’ schedule tells a slightly different story. If Caleb Porter’s team is going to pull off a turnaround that doesn’t ultimately end in disappointment, it might take something bordering on the spectacular.

In 2013, it took 51 points to make the playoffs out west. The year before, Vancouver sneaked in (in part thanks to a much weaker Portland and Colorado teams) with 43. It’s more likely to take 50 points to get in this season. Even a target that splits the difference, 47 or 48 points, presents Portland with a difficult task.

Portland has 21 game remaining. To reach 48 points, they would need to average 1.52 points per game over the rest of the season. A 50-point goal would require an average slightly higher than 1.6 points per game.

Those numbers might not seem impossible. However, consider that in 2014 just three teams have done better than 1.6 points per game on a much lower total of matches played. In 2013, only four teams managed the feat over a full season. One of them was the Portland Timbers.

In the 50-point scenario, Portland must win at least seven of their remaining 21 matches (the have three wins in 13 at the moment) and draw the rest. An unbeaten run like that is so unlikely that the Timbers will most certainly need a few more wins to get there. Maybe as many as 10. Wins are difficult this season. Even in Portland, where the Timbers have one of the best home-field advantages in MLS, that might be asking too much.

Portland’s current winning streak of two games comes from victories over the Red Bulls in New Jersey and Chivas USA in Los Angeles. On Saturday, the Timbers host Vancouver in their third game in eight days with an eye towards extending their winning run. It doesn’t really get any easier from there.

Following a six-day break, they’ll play RSL in Utah on June 1 before hosting FC Dallas four days later on June 11. After the World Cup hiatus (during which the Timbers host the Orlando City U23’s in a U.S. Open Cup fourth round tilt), Portland plays Sporting Kansas City, the LA Galaxy, and the Seattle Sounders in succession.

In addition to their MLS commitments, Portland’s schedule will also include U.S. Open Cup matches should they continue to advance, plus the group stage games of the CONCACAF Champions League. That wrinkle will include a 4,600-mile trip to face Alpha United of Guyana and a 3,000-mile trek to play Olimpia in Honduras in midweek. There are, of course, crucial MLS games on either side.

Hence, the importance of the current two-game winning streak. If only to prove to themselves that a turnaround is possible and to begin the process of collecting the roughly 30 points they’ll need to see the postseason.

Portland’s draw-happy ways must give away to a more ruthless attitude, especially at home. The club’s major weakness, their defense, won’t be getting help until the summer transfer window at the earliest. The Timbers did add a lead forward in Fanendo Adi, however, addressing another area of concern. Adi scored both goals in the win against Chivas USA. So perhaps the Portland mindset for the near future will be to worry less about preventing goals and focus simply on beating teams in high-scoring games.

The margin for error is small. It may take a collapse from another contender to let them sneak in. The Timbers have the talent. The type of run they need will not be record setting. Yet, there’s more reason to doubt than to believe. That’s the price Portland pays for its underwhelming start.

For the Portland Timbers to make the playoffs, for last year’s top Western Conference team to simply reach the lowest bar for success, they’ll need to play beyond even already high expectations.