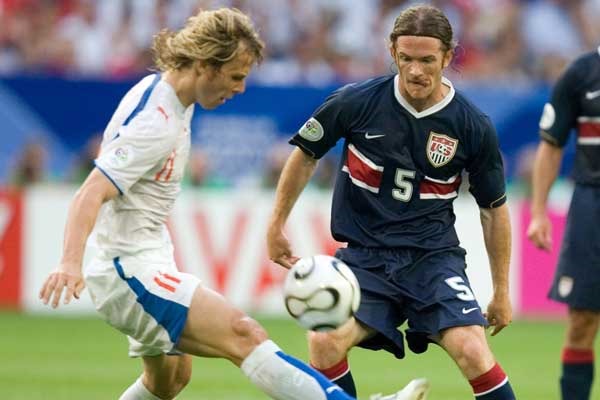 By Clemente Lisi – NEW YORK, NY (May 9, 2014) US Soccer Players – It has been a long club season for soccer players across the world. For some, it has also been one riddled with injuries. These injuries could not come at a more inopportune time given that the World Cup is a little more than a month away.

National Team coaches spend the next few days finalizing their rosters to meet Tuesday’s FIFA deadline to submit a preliminary 30-man roster. Is picking a player with injury issues worth the risk? Former USMNT Bruce Arena certainly thought so when he selected John O’Brien in 2006. Then again, a player of O’Brien’s caliber made it harder to leave him out than include him. That’s the scenario for several coaches making their World Cup choices.

Colombia fans grimaced in pain after the team’s star player Radamel Falcao suffered ACL damage during Monaco’s Coupe de France match on January 22 against Monts Or Azergues. An operation soon followed with nine months to recover – meaning the striker would miss the World Cup. The 28-year-old, however, has refused to give up on his World Cup dream. Falcao told Spanish sports daily Marca: “We are very optimistic about the response of the knee, but … very premature to say whether or not I’m going to be at the World Cup.”

Chance of seeing him in Brazil: 50%

After struggling with his right knee for much of this year, the Juventus midfielder underwent arthroscopic surgery this past week in the lateral meniscus of his right knee. Vidal was instrumental for both club and country over the past few years. With an unknown recovery time, it remains possible that Vidal could make the team.

Chance of seeing him in Brazil: 40%

Midfielder Fernando Gago is doubtful for the World Cup after suffering a left knee injury in April during Boca Juniors’ match against Sante Fe. His estimated recovery time was 60 days. The World Cup would be well under way before Gago returned to fitness. The 28-year-old is one of the best defensive midfielders in the world. Without Gago in the starting lineup, the team will have to rethink its 4-3-3 formation and figure out who would be a worthy replacement. Although the team is strongest up front, the buildup – orchestrated by Lionel Messi – has its start in the back.

Chance of seeing him in Brazil: 30%

Budding striker Jay Rodriguez will miss the World Cup after rupturing his ACL last month in a game against Manchester City. The 24-year-old striker, who had earned his first cap with England last year, was in line for a World Cup roster spot after a string of strong performances over the past few months. Rodriguez had scored 17 goals in all competitions across all competitions this season. His recovery should take six months.

Chance of seeing him in Brazil: 0%

Known as one of the Dutch team’s “Big Three” along with veterans Robin van Persie and Arjen Robben, Strootman tore his ACL in March during AS Roma’s game against Napoli. The injury will leave the midfielder out for four months – and the Netherlands minus a key player in Brazil. Strootman, 24, has been one of Holland’s top players since 2011 and garnered praise over the past two years after he joined the Serie A side, becoming one of the league’s best midfielders.

Chance of seeing him in Brazil: 0%