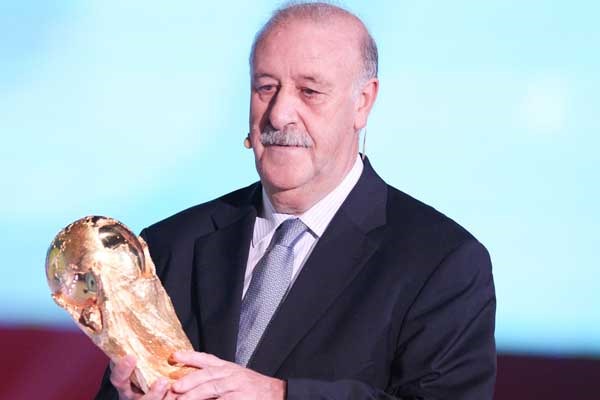 By Jason Davis – WASHINGTON, DC (June 20, 2014) US Soccer Players – The spectacular end of a dynasty is one of the fascinating occurrences in the world of sports. To watch a previously dominant team fail in the biggest moment more often than not flips our worldview on its head. Rarely do we see a flame out coming. When it does, we try to reconcile our understanding of what makes a team great with the reason why they might suddenly fall apart.

Such is the case with Spain, the reigning World Cup champions, who won’t be adding a second consecutive title to their glittering resume. La Furia Roja crashed out at World Cup 2014 on Wednesday when they lost their second group match against Chile. That leaves the defending World Cup champions mathematically eliminated from advancing with a game left to play. Spain plays that meaningless match on Monday against Australia, a team also eliminated on Wednesday, before returning home to face the fallout.

It’s a fallout already happening in the Spanish press, though the tone is mostly one of thanks rather than furtive examination. Maybe Spain wasn’t ready to see their transcendent style picked apart on the world’s biggest soccer stage. They also aren’t going to let the collapse distract from how great the team once was. It’s only at the end that anyone has the time to stop and fully appreciate how great Spain was. There’s no need for reflection when another championship is possible over the horizon.

With Spain’s path to another trophy halted, most of the discussion will turn to what the team accomplished and rightfully so. After decades of underachieving, Spain, first under Luis Aragones and then Vicente del Bosque, won two European Championships and one World Cup over a six year span. No other European country matches that record. It wasn’t always easy, and it wasn’t always entertaining, but Spain climbed to the top of international soccer with a dogged adherence to a style of play that changed the game.

Spain’s success using the tiki-taka style made famous by Barcelona was unique in one amazing respect. No one managed to copy it. Unlike other stylistic and tactical revolutions over the history of soccer, tiki-taka was non-transferable. The manner of play was so difficult, so dependent upon the brilliance of a few individuals like Xavi Hernandez and Andres Iniesta that anyone who tried to install it on a short timeline found it impossible to approximate.

Spain (and Barcelona) aided in fetishizing possession. Possession in and of itself does not necessarily equal what the Spanish did on the field. It wasn’t that they held the ball for vast amounts of time. It’s that they did it so easily, so methodically, and as a means of both offense and defense.

That last fact alone is what made them so amazing. It’s why we may never see their likes again.

If the scribes spilling so many words on Spain’s 2014 demise dress them in funereal tones, we can forgive them. The end came swift and sudden, without any sort of slow fade to black. Spain simply stopped being good in those moments. Even the harshest prognosticators imagined them capable of reaching the knockout stages of the 2014 World Cup.

Divining why this happened, and why it happened now, is difficult. A host of Spanish players entered World Cup preparations after a draining European campaign included deep runs in the Champions League and the additional minutes that came with them. A set of crucial players cresting 30, with that long season behind them, didn’t help Spain keep up with the energy of the Netherlands and Chile.

A late change in approach via the addition of Diego Costa as a target forward put the team between two minds when attacking. Their richly honed instincts told them one thing, and the presence of Costa told them another. Rather than a failure of tiki-taka, Spain was the victim over over-thinking by del Bosque. Was there really a problem to solve? Did Spain, winners of three major tournaments in a row, really need the “Plan B” so many observers wondered if they could find?

Both the Netherlands and Chile exploited a very simple problem with Spain, something covered up for years by their possession dominance. When pressed by a team coming at them in numbers, the Spanish defense struggled to keep up. The two sides didn’t “figure Spain out” so much as they took advantage of Spain’s natural regression.

For all of the upset over this particular Spain team closing the book on their dominance, there’s reason to be positive about Spain’s future.

Del Bosque clung to the heroes of 2008, 2010, and 2012 for a tournament too long. However, Spain’s cupboards are rich with a new generation of young, exciting players who will keep them in the conversation at every competition for the foreseeable future. Players like Isco, Thiago, Christian Tello, and Jese stand in the wings, ready to join the youthful element of this World Cup team (chief among them Koke) to push Spain back to their previous prominence. With the right manager and a positive mindset, there’s no reason to think Spain will cease to be a power in both Europe and the world.

Spain got over their proverbial hump with the victory at the European Cup in 2008. They consolidated that new confidence at the next two tournaments. That belief won’t disappear just because this team slammed up against a wall no one saw coming. Spain’s future might not hold another run like the one we just witnessed, but they’ll be there, contending. The foundation that produced this generation is still turning out players that can lead them to new glories.

As for tiki-taka, it is only dead if this generation is the only one capable of producing it. It’s up to the next generation of Spanish talent to prove that isn’t true.