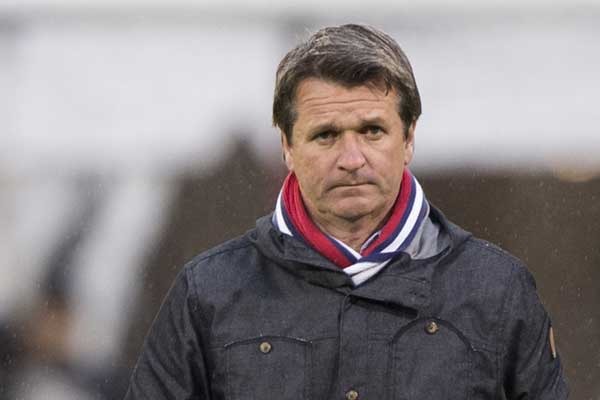 Week 17 of the 2014 MLS season picked up in Chicago and San Jose on Wednesday night. The Chicago Fire and Toronto FC drew at Toyota Park while Chivas USA got a road win at Buck Shaw Stadium.

The Chicago Fire and Toronto FC finished even to open week 17 of the MLS season. Toronto went a man down in the 29th minute when the referee sent off Luke Moore. That helped the Chicago offense, finishing with 20 shots to Toronto FC’s 7 and putting 6 of those on frame to Toronto’s 2. Where it didn’t help as much was on the scoreboard.

It was Toronto scoring first, with Jermain Defoe setting up Jackson for the opening goal in the 42nd minute. Harrison Shipp equalized for Chicago in the 56th minute. Toronto FC plays DC United at BMO Stadium on Saturday. Chicago gets the extra day off, away to Sporting Kansas City on Sunday.

“When it is eleven men against ten, we should win the game,” Chicago Fire coach Frank Yallop said. “We had our chances.  It’s frustrating, I’ve said it a few times. We’ve tied and maybe deserved to win the game, but we haven’t. That’s our problem right now. We can’t seem to win a game. We haven’t lost a ton, but we haven’t won many. It’s a weird situation, it’s frustrating. We can’t get over the finish line with a win. The guys are frustrated in there, we are, as a staff, and me as a head coach. It’s not from lack of effort, which is important, it’s just lapses of concentration at the wrong time. They had one or two chances and scored one goal. We probably had five to six, seven, eight chances and scored one. It’s the story of our season so far, so it’s been frustrating.”

The San Jose Earthquakes were shutout at home in week 17, losing to a Chivas USA team that is now ahead of them in the standings. That means San Jose is now the bottom club in the Western Conference, though they’ve played 15 games to Chivas USA’s 16.

Erick Torres scored the game’s only goal in the 53rd minute. San Jose had the edge on shots 16 to 10, but Chivas USA put 4 of theirs on goal to San Jose’s 3. Dan Kennedy picked up the shutout. Chivas USA play Montreal at StubHub Center on Saturday with San Jose off this weekend.

“Not good enough from the guys on the field,” San Jose Earthquakes midfielder Sam Cronin said. “It’s the players’ responsibility to get the win at home. I don’t think it was one thing in particular that lost us the game. There wasn’t enough energy and we weren’t fighting for every ball. They kept a high back line. We should have been better at exposing that.”