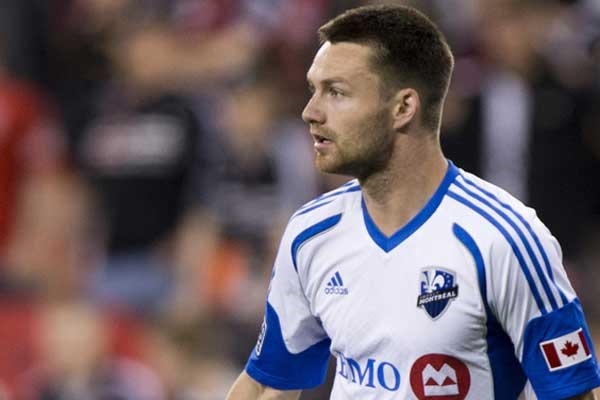 By Jason Davis – WASHINGTON, DC (July 1, 2014) US Soccer Players – Player trades rarely make fans happy. Inevitably, we view trades in terms of “winners” and “losers.” The dynamic often takes shape well before any of the players in question do anything of note for their new team. When traded players finally do start to perform for their new club, it’s just more ammunition for argument.

The black-and-white assessment fails to account for variables that sometimes decide how the players perform post-swap. Sometimes a player just needs a change of scenery to reach his potential. Sometimes relationships sour, and it’s in the best interests of both club and player to part ways. Sometimes, the supporting cast plays a large role in how good a player is once he dons new colors.

No one would blame Philadelphia Union fans for feeling like their team got the “loser” end of the deal that sent striker Jack McInerney to Montreal in return for Andrew Wenger. Since the trade to the Impact four games into the 2014 MLS season, McInerney has four goals in eight appearances for his new team. It’s a return to the goal-scoring form that made McInerney a star-in-the-making and earned him a Gold Cup call-up last season before a disastrous goalless stretch.

McInerney’s talent has never been in doubt. Plucked from the youth soccer hotbed of Atlanta, McInerney made his way to Bradenton ahead of entering MLS as a first round draft pick straight out of high school in 2010. As would be expected, it took him some time to acclimate to the professional game.

In his third season, McInerney scored eight times. His fourth season, 2013, brought a 12 goal return with the long drought included. At the very least, the striker looked like a player the Union could build around, with his intelligent short runs and clever ability to put shots on goal.

Instead, the Union swapped the 21-year-old for Andrew Wenger, a former first-round draft pick. Wenger has yet to make any real mark on MLS. His best position is still to be determined. Wenger has talent, but without significant professional record to point to, the trade didn’t make much sense.

Whatever the reasons why the Union decided to part ways with McInerney, it’s quite possible he might never have regained his early 2013 form playing at PPL Park. Something about Montreal agrees with him. The team itself isn’t very good, but McInerney is helping to make the Impact more dangerous and relatively more successful. Of the three wins Montreal has on the season, all three have come with McInerney in the lineup. The striker scored in two of them.

From a developmental standpoint, there might not be a better place for McInerney to continue to learn his trade than in Montreal. Watching and learning from Italian designated player Marco Di Vaio might make any striker better. McInerney’s game is in many ways similar to Di Vaio’s, making the influence that much more significant.

Both players look to drift off the back shoulder of the last defender. Both players create chances with quick shots. Both players are willing to attempt the spectacular, and capable of pulling it off.

Case in point: McInerney’s second goal on Sunday night against the Dynamo. Standing in the center of the penalty area (mostly unmarked, it should be noted), McInerney called for the ball from Impact winger Justin Mapp. Mapp delivered a cross that came in behind McInerney, forcing the striker to twist his body for a full volley.

The contact McInerney made wasn’t convincing, but then, it didn’t have to be. Somehow torqueing his body around the looping, overhead shot, McInerney lofted the ball to the far top corner, beating Tally Hall in the process. It was a goal from nothing. McInerney hardly celebrated, because either he didn’t mean to score, or because the manner in which he did was so astounding even he was nonplussed.

After the 3-0 win over the Dynamo, Di Vaio said of McInerney “Everything he touches goes in.”

There’s no higher praise possible for a striker. McInerney is not a player who contributes to the Impact’s build up, nor is likely to pick the pass that springs a teammate. He is solely, and unapologetically, a goal scorer. If he’s not scoring goals, his position in the team becomes questionable.

In Philadelphia, when the goals dried up, his salary became more of a burden than it was worth and the team eventually moved on. That opened up the club to criticism if and when McInerney started scoring again, particularly if the other player involved in the trade did not match McInerney’s production.

McInerney has gotten hot before. He’s scored goals in bunches before. He has also cooled off mightily before, struggling to find the net for months at a time. Such a thing could happen in Montreal, just as it did in Philadelphia. What we can say, right now, is that without a doubt the real winner of the trade is McInerney himself.