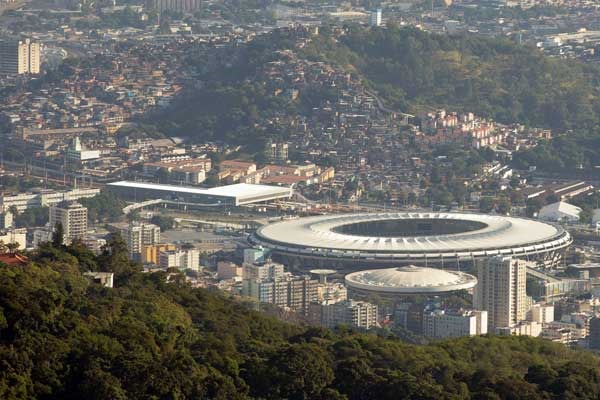 By Clemente Lisi – Rio de Janeiro, BRAZIL (July 11, 2014) US Soccer Players – World Cups are loaded with exciting moments and unexpected outcomes. Great goals and individual skill highlight this team sport and the 64-game carnival that is the 2014 World Cup. However, all these ingredients are not necessarily meant to describe the World Cup’s most important game.

The World Cup final – like the championship game of any other major soccer tournament – may feature the best teams, but not always the best displays of entertainment. The showcase match can be anything but and that sometimes puts a sour ending to the month-long marathon of matches.

In my estimation, there has not been an entertaining final since 1986 when Argentina defeated West Germany 3-2 to win its second World Cup title. Since then, there have been six finals played. Not one of them has been entertaining – at least not enough to be worthy of the stage and teams that went that far. Whether it is defensive tactics, the fear of losing, playing ugly, games resolved via a penalty shootout (which has happened twice since 1994) or that lack of star power, the final does not bring out the best in what is supposed to be, well, the best two teams remaining at the World Cup.

If anything, it is a game to miss. Better off to watch the third-place match, where the semifinal losers, with nothing at stake, have no problem playing for pride. In the process, this often-called “meaningless game” brings out the best in players. That generally means a great game. It will be interesting to see what Brazil can muster against the Netherlands Saturday in Brasilia after its 7-1 rout to Germany.

The final, on the other hand, is a different affair. Ironically, Germany-Argentina have met two previous times in a final – one game (in 1986) was one of the best finals, the second (1990), the worst.

Take that ’86 final that took place at Estadio Azteca in Mexico City. Argentina, led by Diego Maradona, had taken a 2-0 lead when the West Germans mounted a comeback. After tying the game 2-2, it was Maradona, in his prime and the tournament MVP, who flicked a pass to Jorge Burruchaga in the 83rd minute to win the match. Maradona’s coronation was complete and Argentina were worthy champions. Kudos to the West Germans, who had played a great game as well, for making it a wonderful final.

Now take West Germany-Argentina from the ’90 final at Rome’s Olympic Stadium. With many of the same players returning for the rematch, the game did not resemble ’86 at all. The match turned into a dour affair – a pattern throughout that tournament – and was marred by defensive tactics and fouling. West Germany won on an Andreas Brehme penalty kick and Maradona was left in tears.

Again, there will be Germany-Argentina on Sunday at Maracana Stadium, the site of that famous 1950 final where Uruguay won the title at Brazil’s expense. With Brazil out this time, locals have been trying to dump tickets (as seen by scalpers along Copacabana Beach) now that there is no one to cheer for. Argentina, their biggest rivals, versus Germany, the team that humiliated them. What’s a Brazilian to do?

As for the rest of us, the hope is to see a great game. All indications point to an entertaining finale. Both sides are not afraid to attack. Lionel Messi, the best player in the world, is healthy and in top form. Thomas Muller appears unstoppable and is looking for a repeat performance of what he it did earlier this week.

Four years ago, I sat in Soccer City hoping for a great final. Instead, only one team came to play that night (Spain), while the Netherlands spent all its time and energy fouling in an attempt to stop tiki-taka. Spain, the better team, won in extra time, but it wasn’t pretty. It was 120 minutes that were easy to forget. Let’s hope this Germany-Argentina game is more 1986 than 1990. At least that’s what I’ll be cheering for on Sunday.