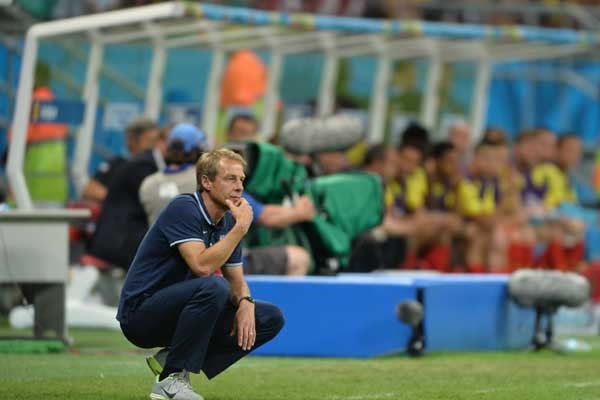 By Jason Davis – WASHINGTON, DC (July 4, 2014) US Soccer Players – The 2014 World Cup is over. Not for the eight teams still alive with a chance to lift the trophy on July 13th, but certainly for everyone else. That means that it’s already time to start over for most of the soccer world. The new World Cup cycle begins the moment the previous one ends.

That means it’s time to start working towards building a new team that can compete for the trophy, or barring that, do better than the team that just left Brazil. Names who played large roles in wins and losses probably won’t be around four summers from now. A new batch of potential pieces wait to join whatever core remains. Some coaches will leave their posts, replaced by people with different ideas on tactics, lineups, and philosophy. All of it happens with an eye on Russia 2018.

Not that the World Cup is the only tournament on the horizon, or the only tournament that matters. The World Cup is the pinnacle of the sport, but for countries across the globe, regional supremacy and more will be in play between now and kick off in Russia. It’s up to those individual nations, and the people in charge of their national teams, as to how they will approach them. Most will simply be looking to put the best team on the field possible, folding in notions of working with new talent and taking new strategic directions into the process.

Such is the case for the USMNT. Coming off a World Cup campaign that was equal parts thrilling and disconcerting, the American program won’t take much time to pause and reflect. With head coach Jurgen Klinsmann contracted through the next World Cup, the next phase of his grand development plan has already begun. The USMNT will play in a series of summer tournaments over the next three years, at both the senior level and just below, that should provide plenty of opportunity for change.

First, in 2015, comes the CONCACAF Gold Cup. Two years after the US reclaimed the trophy under Klinsmann with an MLS-heavy B-team, the Americans will face a stiffer challenge.

The Gold Cup following a World Cup year is generally the “important” Gold Cup. Even though CONCACAF changed the rules for qualification to the Confederations Cup in an attempt to make every tournament competitive, next year’s version will likely bring the full threat of regional powers Mexico and Costa Rica. The winner of that tournament will go into a playoff against the USMNT with the 2017 Confederations Cup spot on the line. If the USMNT wins a second consecutive Gold Cup, there won’t be a need for a playoff.

How “experimental” Klinsmann gets depends on how far he thinks he can go and still win the tournament.

Following the Gold Cup in 2015, the USMNT heads into a hectic 2016. In addition to the beginning of World Cup qualifying, South America’s regional championship arrives on American shores in the form of a U.S.-hosted Copa America.

While there remains some doubt over how strong the CONMEBOL teams will be, the competition will still provide the USMNT with an opportunity to test itself against some of the best talent in the world while benefiting from familiar surroundings. Again, Klinsmann has an opportunity to introduce players he expects to be part of the next World Cup with a caveat. Some of those players might be unavailable due to the Olympics, which are taking place in Rio de Janeiro that same summer.

The predominantly Under-23 Olympic team will make some decisions easy. For others, Klinsmann will balance senior team needs with Olympic duty, hopefully without compromising the chances of either. Players like DeAndre Yedlin and Julian Green will be age-eligible for Rio, but could end up playing in the Copa America team instead.

2016 will be about noticeable progress. As the halfway point of the cycle, two years from Russia 2018, that summer will show if the talent coming into the team can do something more than what we saw at the 2014 World Cup.

The summer before the 2018 World Cup could see the USMNT in Russia while also juggling the World Cup Qualifying campaign and the Gold Cup. Should the USMNT represent CONCACAF at the Confederations Cup, it’s another tournament and another trophy in play for Klinsmann’s squad.

Unlike some participants, the USMNT has a tradition of taking the Confederations Cup seriously. It’s not just the dry run for the World Cup that the warm-up tournament represents. It’s making a statement in a smaller field of accomplished squads. The USMNT success in the 2009 Confederations Cup is still their best showing at full international level. It’s also a challenge for Klinsmann and his squad.

The 2014 World Cup is over, at least for the United States. With it comes retrospection, analysis, and assessment of where things stand. It also brings the start of the next cycle. It’s the process that all involved hope will end with something greater than what came before.