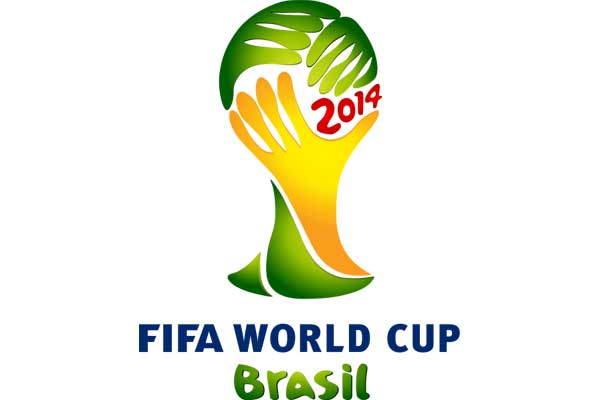 By Clemente Lisi – Rio de Janeiro, BRAZIL (July 13, 2014) US Soccer Players – Brazil had a reason to rejoice after all. Losing to Germany in one of the most-lopsided World Cup semifinals ever had been bad enough. A trouncing by the Netherlands in the third-place match was also not what anybody expected. The possibility of Argentina winning the trophy on its home soil Sunday at the famed Maracana Stadium would have been too much.

In the days leading up to the final, Brazilians had adopted the German team as its own. Brazilian flags in the colors red, yellow and black waved along Copacabana Beach. At the same time, scores of Argentine fans – an estimated 100,000 – flooded into Rio, many of them driving over the border and sleeping in their cars, for the chance to celebrate on Brazilian turf.

The Argentines left disappointed. Germany defeated Argentina 1-0 in overtime to win its fourth World Cup, the first time a European nation has won it on South American soil. Indeed, Germany is a worthy champion, although the match could have gone either way. In the end, the Germans’ compact midfield, high defensive line, and goalkeeper/sweeper Manuel Neuer rewarded its golden generation and the work of manager Joachim Low.

Indeed, the Germans have spent the past decade rebuilding and investing in their youth system. It finally paid off in the form of a World Cup, capping off a tournament that was high on goals, emotion and upsets with most games, like the final, going down to the end.

Despite a tournament of upsets, the final featured two nations with grand soccer pedigrees. A World Cup final always brings out the superlatives, over-the-top adjectives to describe an event that most of the globe was fixated on for the past four weeks. The tournament, as a whole, concludes as one of the best World Cups in modern history. A BBC poll released Saturday named this World Cup the best in history, according to 39% of those who responded.

With another tournament in the history books, here are five observations:

Lionel Messi did not need to win the World Cup to cement his status as one of the best players in the history of the game. Even before kickoff at Maracana, Messi was already one of the best ever. Messi is a rare specimen who clearly deserved to be in the pantheon alongside his countryman Diego Maradona and Pele.

Winning a World Cup is normally the one trophy a player needed to be in that conversation. Not anymore. The Champions League – with its powerful European clubs loaded with international lineups – has changed the definition of greatness over the past decade. And while Maradona and Pele had great careers, especially with their respective national teams, Messi’s club career is second to none.

Messi remains my tournament MVP. He possesses all the qualities of a midfield genius. He single-handedly got Argentina to the final (a reminder of Maradona in ’86), scored key goals and made his sometimes-average teammates better. That’s what it takes to be one of the best ever.

The USMNT no longer operates in the shadows of American sports. With every World Cup, interest in the team (and soccer overall) grows. Brazil ‘14 brought that sentiment to a boiling point, its highest peak yet. It seemed, at least for a few weeks, that everyone in the country was enjoying what readers of this space and passionate fans have known all along – soccer is a great sport worthy of the country’s attention. How else to explain 25,000 people cramming into Soldier Field in Chicago in the middle of a weekday to watch the USA’s Round of 16 game against Belgium?

While off the field the excitement was palpable among the general public, what happened on the field for the USA remains a matter of debate. The team exited in the Round of 16 following a 2-1 loss to Belgium – the very same stage of the 2010 tournament and with the identical score. However, there is a big difference.

This team is younger. Jurgen Klinsmann has nurtured talent over the last cycle. That lays the groundwork for the next World Cup. In addition, the USA was in a much-tougher group in 2014, had more travel miles to deal with, and had to cope with the loss of Jozy Altidore from the very start. Furthermore, Major League Soccer had a bigger contribution and came out looking good. That also bodes well for the team’s future.

Aside from the USA, the big story at this tournament was the success of Costa Rica and Mexico. Let’s start with Costa Rica, who won a group that featured three former World Cup champs (Italy, Uruguay and England) and reached the quarterfinals. Costa Rica finished unbeaten, exiting after a shootout with the Netherlands. This team won the hearts of fans around the world in the process.

Mexico, meanwhile, reached the Round of 16, wilting in the heat to the Netherlands in the dying minutes. The Mexicans improved dramatically from where they were a year ago, barely able to qualify and seemingly in tatters. No one expected much from them in Brazil. For Mexico, the future seems bright once again.

These teams brought a positive focus to CONCACAF, a confederation often dismissed as an easy route to the World Cup finals. As the tournament showed (and what Americans have known for a long time), CONCACAF teams can compete with the best. Qualifying out of the region is not at all easy – just ask any past or current US player – particularly against Central American opponents. The result could be an extra qualifying spot or a better draw for CONCACAF teams at the next World Cup. For now, at least, the world’s taken notice.

The soccer-mad nation was the perfect setting for the World Cup. Fans traveled from all over the world, especially from bordering South American nations. Brazil showed the world that it can pull off a big event despite pre-tournament worries and mass protests. Instead, what didn’t go as planned was Brazil’s semifinal loss.

While the Germans trounced the hosts 7-1 in Belo Horizonte, the country’s 200 million citizens questioned how the team could fail so miserably. In reality, the cracks had been visible. The team barely got by Chile in the Round of 16, needing an emotional, penalty shootout to advance, and played a foul-ridden match in a 2-1 win against Colombia in the quarterfinals.

With Neymar out, the Brazilians lacked all imagination against Germany. The team had lacked it before, but the loss might have been too much. The Germans were ruthless and its brilliant teamwork and passing game put them ahead 5-0 at halftime in what turned into Brazil’s nightmare. The drama continued Saturday when Brazil lost 3-0 to the Netherlands in the third-place game. Now comes the rebuilding. Will there be a return to jogo bonito? Possibly. Either way, 200 million will have an opinion.

This World Cup may have come to a conclusion, but for the Russia 2018 World Cup Organizing Committee, the hard work is just getting started. World Cups, even successful ones, can be a tricky proposition. For all the success of South Africa, all but one stadium — Soccer City in Johannesburg — is profitable four years later. The others have failed to draw the big events needed to stay in the black.

Brazil, plagued by poverty, crime and a crumbling infrastructure, faced criticism by its citizens for building lavish stadiums — some of which will have no clear purpose once the World Cup ends. Arena Amazonia in Manaus, a stadium in the middle of the rainforest, is a perfect example of a venue that will see very little use in the future.

Spiraling costs, corruption and growing mistrust of FIFA have also not helped Brazil or future hosts. The image of the World Cup, with all its enthusiasm and global appeal, suffers. It is now FIFA’s job to enact reforms and Russia 2018 organizers to ensure that the next tournament is free of such issues. That needs to be the legacy of Brazil if the sport wants to be in better shape four year from now.