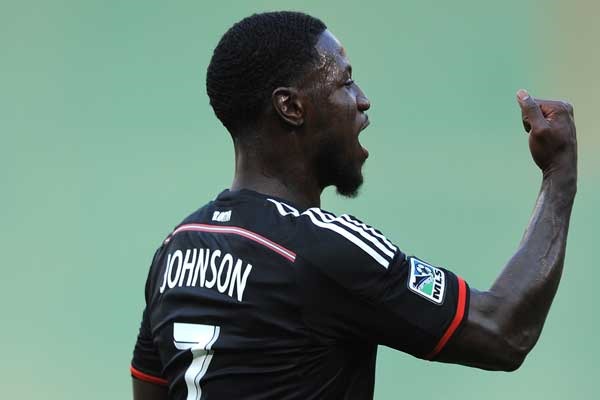 By Jason Davis – WASHINGTON, DC (Aug 26, 2014) US Soccer Players – As the process of building a successful soccer team goes, there are varying degrees of difficulty. For a handful of clubs inhabiting the freewheeling, money-soaked leagues of Europe, putting together a winning side is a simple matter of spending.

See player, covet player, purchase player. As long as the money is there, assemblage is as much about the amount in the transfer fund as it is about scouting and evaluation. For other clubs, budget concerns make signing players tougher, though the process essentially remains the same. In Europe, degrees of difficulty lie mostly in financial clout. For the smaller, less funded clubs, it’s enough not to be the worst team in the league year over year.

Here in MLS, things work a little differently. Unlike the situation for clubs in those European environs, teams in North America don’t find themselves locked into soccer castes. Here, teams don’t have to accept their fate as also-rans and bottom feeders if they finish out of the chase for trophies.

Getting better is less about spending and more about the MLS player acquisition rules. Here, the expectation is that lousy teams will get better. MLS takes great pains to help struggling clubs turn themselves around in short order. The better to keep new and growing fan bases engaged with their clubs.

All of those advantages handed to the bad teams, plus a bonus earned by the club through the US Open Cup, helps to explain DC United’s success in 2014. MLS stacked the deck in United’s favor. Through a collection of mechanisms, the league helped its worst team in 2013 become one of the best just a season later.

The degree of difficulty for DC United, especially in an MLS context, dropped considerably. Items like choosing first in the SuperDraft, extra allocations funds awarded to the bottom teams, and a higher place in the allocation order help. DC United added Eddie Johnson and Chris Rolfe through trades. They picked up Sean Franklin and Fabian Espindola in the re-entry draft. They moved out 16 players in the squad during that disastrous 2013 season. None of this required the level of spending or even risk that you’d see in Europe.

“Sticking all of the pieces together is never easy, but I do think you have some advantages when you come off a poor season and you get in line for a variety of possibilities [such as the first pick in various player acquisitions]. Having said that, it’s not easy. Teams in the same situations over the years have not managed as well as they have. At this point, they get high marks.”

“High marks” is a relative assessment handed out by a coach who understands how MLS works. From the outside looking in, however, it’s not difficult to see United’s turnaround as little more than MLS enforcing the doctrine of parity to the full extent possible. With the rules in place to help bad teams get better so quickly, credit goes to the league and the club.

How much of DC United’s winning this year is down to smart decision-making on the part of the front office and Ben Olsen’s staff? How much is MLS being MLS?

If there’s such a thing as an “easy” path to building a team, MLS certainly provides it. MLS clubs participate in the global player market. However, with the controls in place to isolate the league in unique ways, the process is fundamentally different than what a team in Europe might undertake. To Major League Soccer’s credit, the transformation of DC United is nearly impossible in most “open” competitions. If this were England, short of new ownership with deep pockets, United’s fan base would have entered 2014 with no reason to believe anything could change.

DC United still “spent”, but it’s almost disingenuous to compare their type of spending. All MLS teams operate inside of a league-mandated salary budget. Player acquisition as another part of a competitive sport goes against the basic tenets of single-entity.

Working in United’s favor is the number of MLS teams failing at the same thing. The quick turnaround isn’t easy, though it’s easier than trying to do it in Europe. United stands out from the pack because they actually managed to leverage all of the predetermined advantages into a good team.

United did benefit from the extra allocation funds given to Champions League teams, a coup earned by their US Open Cup victory last year. Still, that doesn’t entirely explain how they managed to go from worst to first (for now) while so many other poor MLS teams stayed poor the next season. Even those that improve rarely do so on such a dramatic level.

DC’s season is a heady mix of smart signings, good coaching, and the realities of Major League Soccer. Within the MLS context, their record is a rousing success, a flip of fortunes from a historically bad season in 2013 to a potentially glorious one in 2014.

United didn’t just turn a bad team into a winner, they bucked a trend. Whether or not you prefer the MLS model to Europe’s, that’s a success story.