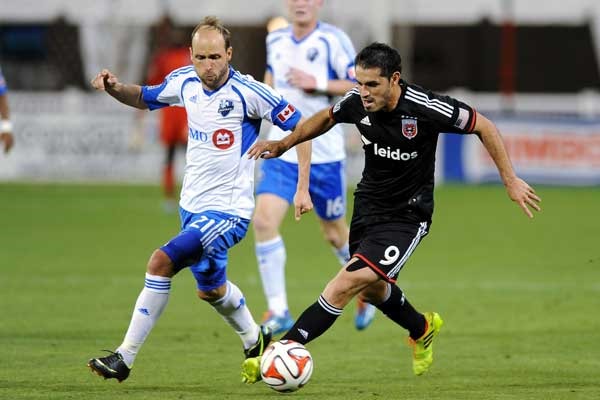 By J Hutcherson – WASHINGTON, DC (Aug 20, 2014) US Soccer Players – Give MLS credit for going with a one-game knockout playoff round first. Major League Baseball soon followed. Baseball’s playoff expansion creates an ongoing conversation on what that one-game wildcard really means. After all, this isn’t the NFL where all playoff rounds are a single game.

Does a team making and losing the wildcard game mean significantly more than a team missing the playoffs altogether? That’s the MLS argument in theory. The knockout round is the playoffs. Everybody else already went home. MLB raises the stakes by adopting a one-game format in a pitcher dependent sport normally played out over a series of games. If your starter is better than their starter, does it really matter if they finished ahead of you and have home field advantage?

Home field advantage might matter more in MLS, but there’s still the nagging question for the 4th and 5th place finishers in both conferences. Does losing that game mean you did significantly better than the team that finished in 6th-place? Does it forestall any revamping in the offseason? Does the coach automatically keep his job and immediately shift focus to next season? Is it in any way a safety net?

2012 was when the knockout round replaced the two-leg wildcard format. In the Eastern Conference, Houston finished 5th – a point above Columbus. They won the knockout game and advanced all the way to MLS Cup. The same scenario played out in the Western Conference with the 4th-seed LA Galaxy. LA went from the knockout round to the title, but it’s worth remembering that they had an 11-point lead in the standings over 5th-place Vancouver.

Last year, the Houston Dynamo and Montreal Impact played in the Eastern Conference wildcard game with Montreal knocked out 3-0. Montreal finished the 2014 season with the same points total as the 6th-place Chicago Fire. Both teams made coaching changes. Chicago Fire coach Frank Klopas left on October 30th with Montreal’s Marco Schallibaum following on December 18th. In an interesting move considering the standings, Montreal hired Klopas for 2014. The Impact, currently last in the Eastern Conference table, already went through another shakeup by reassigning their longtime director of soccer a few weeks ago.

In the West, Seattle knocked out the Colorado Rapids 2-0. Like in the East, Colorado finished in a tie with the 6th-place San Jose Earthquakes. San Jose already rang the alarm in 2013, parting ways with coach Frank Yallop on June 7th. Yallop would eventually replace Klopas in Chicago. Colorado also swapped coaches, but their situation wasn’t a rebuild. Their coach left for his old club when the FC Dallas job opened. Dallas finished 7 points out of the playoffs.

MLS might lack the pressure we see in other North American professional sports and certainly other soccer leagues around the world. Failing to achieve might not necessarily lead to a rebuild. There are costs to consider, with more than one MLS team choosing to ride it out with the coach and players they have rather than making significant adjustments. The allocation rules also work to hinder the kind of substantive rebuilding efforts we see elsewhere.

Still, enough MLS teams put in the hard work quickly and efficiently to establish it as a possibility. MLS clubs can change, on a budget and within the rules. Montreal this season shows that it doesn’t always go as planned, but there’s certainly a set of examples for teams to follow. What we saw last season is that finishing 5th and quickly exiting the playoffs didn’t change the outlook in Montreal. Missing the playoffs on a tiebreaker led to changes in Chicago.

This doesn’t establish any sort of standard as we look forward to season three of the knockout round. However, what it does suggest is that there’s making the playoffs in MLS vs simply getting an extra game. Winning the knockout round should give a coach and a setup time. Losing shouldn’t. It’s really that simple, a new twist on the separation between making and missing the playoffs that doesn’t flatter the team knocked out at the earliest opportunity.