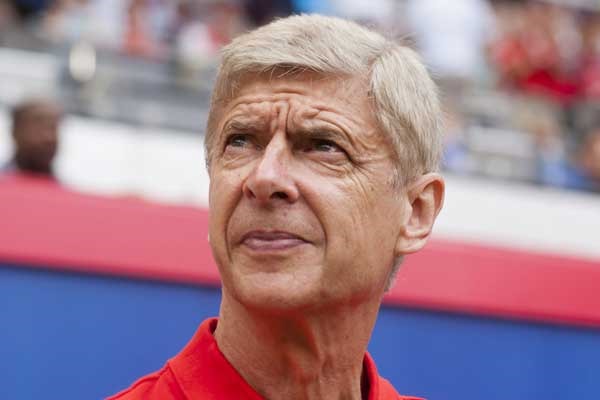 By J Hutcherson – WASHINGTON, DC (Sep 17, 2014) US Soccer Players – After one match day in the group stage of the 2014-15 Champions League, Arsenal already looks like a team in trouble. This seems like the new normal for Arsenal, chasing respectability. Last season, that ended up with a second consecutive 4th-place finish in the Premier League and a Round of 16 exit to Bayern Munich in the Champions League. There was also the FA Cup win, but that’s not what the Premier League powers value.

There’s no argument that Arsenal remain a Premier League power. That doesn’t necessarily require winning trophies. All that matters is staying in the Champions League places, playing in Europe’s prestige competition every season. However, that’s just the margin line for remaining among the Premier League elite, the foundation for winning the trophies that count.

Arsenal haven’t won a Premier League title since the 2003-04 season. At Champions League level, they’re a good pick to exit the tournament in the Round of 16. The last time they did any better was the 2009-10 season when they made the quarterfinals. The season before, Arsenal were semifinalists at Champions League level while still finishing 4th in the Premier League.

Now, Arsenal look like a club in a role that’s undoubtedly familiar. They’re favorites to advance out of Group D, but nobody should seriously consider them the class of that group. That would be Borussia Dortmund, the team that had no trouble shutting out Arsenal 2-0 in their Group D opener on Tuesday.

Borussia Dortmund were kind enough to demonstrate what isn’t working with Arsenal in one moment at the Westfalenstadion. Depending on your allegiances, this was a moment of brilliance from Borussia Dortmund or yet another indication that Arsenal are a team that can’t push past their plateau.

Ciro Immobile gets the ball and runs at the Arsenal defense at the top of the box. There’s plenty of time for Arsenal to react, but the marking is just loose enough to give Immobile space for a shot that beats Wojciech Szczesny. Arsenal go into halftime stunned to be a goal down.

“We had still three against one at the back and that’s still difficult to understand how we conceded the goal,” Arsenal manager Arsene Wenger said. “It’s true that we lost the ball 80 metres from our goal but after that I think there were enough people to stop the goal.”

That’s what anybody watching should’ve been thinking. Arsenal’s defense had time to think and adjust and instead they halfway reacted to a clear chance. The result wasn’t as simple as Immobile made it look, but at this level that’s what great players do.

Arsenal are supposed to operate at this level. They’re not supposed to find themselves overmatched in their first game at the Champions League group stage. Yes, it’s their toughest game in Group D, but that doesn’t explain how lackluster Arsenal looked.

“They were better and stronger than us in midfield, I agree with that,” Wenger said. “But it’s very difficult on the night to go into any individual assessment of any players because as a team we were not at the requested level.”

If that isn’t cause for concern, what is? We have the manager of an elite Premier League team openly saying that his club didn’t step up as required in the Champions League. This was Wenger following Saturday’s 2-2 draw with Manchester City.

“The only frustrating thing for me is that we didn’t manage to keep the lead and gave a cheap goal away. That’s where we have room for improvement because it was a very encouraging game but the way we conceded the second goal nearly killed our game because we could have lost afterwards – it was just a mental blow.”

One among many that have Arsenal stalled at good but not good enough to contend at Champions League or Premier League level.