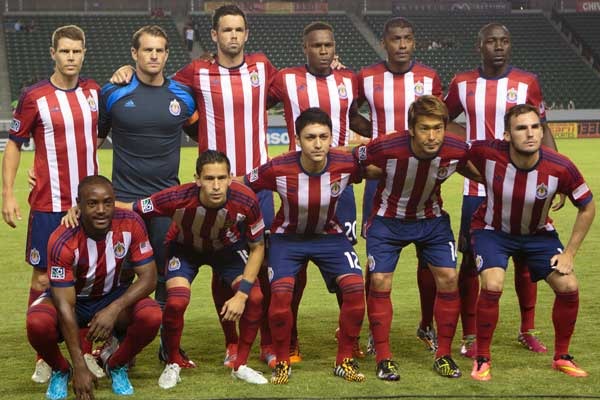 By Tony Edwards – San Jose, CA (Sep 18, 2014) US Soccer Players – This week, a report by Brian Straus at SI.com suggests that Chivas USA will go on hiatus after this season. At some point, the troubled MLS club will reemerge as a beautiful new butterfly in a season or two, under new management, new colors, and eventually a new place to play.

Maybe MLS really believes they need empty space between the end of Chivas USA and the restart of a second MLS team in Los Angeles, but hiatus? This erases the memory of some very good Chivas USA teams in the last decade under some innovative coaching. None of them got enough of a chance, and that’s already the Chivas USA story.

If the various reports are true about Chivas USA going on hiatus for a season (or two) is this really such a good idea?

It isn’t. There are rational, “in the long term” business and branding reasons to do so. However, no matter how small fan base, taking the franchise away isn’t the way to show commitment to a market old or new.

The Earthquakes could’ve taken another year to return from hiatus. There was certainly the justification in wanting to get it exactly right. Instead, then Quakes GM John Doyle made his most important move, convincing ownership to get a team on the field right away. You don’t earn fans’ trust, or their dollars, by promising a team in a year or two in this situation. What’s really going to change in the greater LA soccer market between then and now when it comes to MLS?

Could we see an MLS record broken in the next couple of weeks?

Landon Donovan’s chase for the all-time assist record could happen. Then there’s Portland Timbers midfielder Diego Chara, chasing down the all-time fouls committed mark in MLS. Chara is only 9 fouls behind Diego Serna’s and Juan Toja’s all-time record of 83 fouls committed in a season. Toja set his mark in only 27 games.

Are things turning around with Toronto FC?

Every time he talks, USMNT player Michael Bradley shows his class. In his response to Toronto President and CEO Tim Leiweke’s comment that “[t]he only two guys in our locker-room that are looking around and going ‘we ain’t going down unless we go down fighting’ are Michael Bradley and [new manager] Greg Vanney,” Bradley offered a couple of statements that showed he understands both the big picture and the details.

After defending his teammates, Bradley then showed that he understood what is going on.

“Tim is very clever in the way that he goes about things. The words that he chooses, the moments when he chooses to say something,” Bradley said. “We all know there’s no bigger supporter of this team than him. And so as president and CEO of this club, he certainly has the right to say anything and everything he wants.”

Say what you will about the disallowed goal last weekend, but Toronto needs points. Fortunately, they play Chivas USA. With a game in hand over some of their Eastern Conference foes, Toronto also needs to be thinking about goal difference.

Is this the weekend Colorado gets back on track?

Well, the Rapids have lost their last six games on the road, and Salt Lake is 2-0 against the Rapids this season. Real Salt Lake is only 1-1-1 in their last three games, but this isn’t a date that they needed to circle on their calendar.

So Tony, do you still think Seattle might not win 20 games this season?

Seattle has three games in short order, two road games (New York this weekend then Dallas on Wednesday) and then hosting Chivas USA to finish the month. It is, admittedly, not impossible to think Seattle might be at 18 or more wins before the end of September.

In October they play Colorado, Vancouver, and finish with a home-and-home against the Galaxy. I thought Salt Lake would hold them to a draw last weekend, but three more wins from those seven games is doable.

Only 10 teams in MLS’s short history that have won two trophies in a season. DC United won three trophies in 1999. I’m not that excited about the talk of the Sounders winning three trophies as a new statement about MLS quality. I tend to think if CONCACAF had its act together in the earlier part of this century with a legitimate Champions League-esque competition that the Fire or the Galaxy would have won it one of those years.