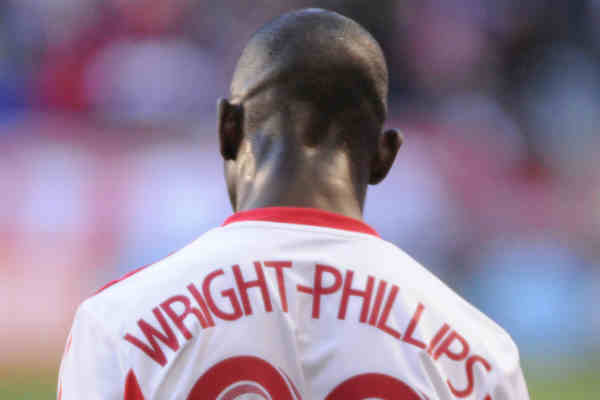 By Jason Davis – WASHINGTON, DC (Oct 24, 2014) US Soccer Players – Soccer is a team game, if there was any confusion. The close of the 2014 MLS regular season is mostly about the fortunes of whole clubs, not individual players. In MLS, it takes a team to make the playoffs.

However, the final weekend of the 2014 MLS regular season has several players seeking resolution to individual stories. Goal and assist totals aren’t complete. An MLS record for single-season goals remains in play, with several players helping to set an all-time high for goals scored. Assists totals don’t get the attention of goal totals, for obvious reasons, but players are making history in that category as well.

Does counting stats really tell the whole story when it comes to the best attacking players in MLS? Probably not, but it is the simplest way to judge. Even if records don’t fall in 2014, this season has been one of the most entertaining on record. The top attacking teams boast some of the best talent MLS has ever seen. Even some of the lowliest clubs can claim stars at the front of their formations.

New York Red Bulls striker Bradley Wright-Phillips’s goal total sits at 25 with one game to go. Barring a minor miracle – a hat trick against a usually stingy Sporting Kansas City – he won’t finish his stellar season with the all-time single season scoring record. That shouldn’t take away from Wright-Phillips’s amazing accomplishment. He already has the fourth-best season in MLS history from a goal scoring perspective with 90 minutes left to play. Another goal and he’ll tie for third. If he scores two, he’ll match the record shared by Roy Lassiter and Chris Wondolowski.

Wright-Phillips isn’t the only one to crack the top ten for best seasons all-time in 2014. A player who will line up opposite of Wright-Phillips on Sunday, Dom Dwyer, is tied for ninth on the list at his current total of 22. Wright-Phillips and Dwyer represent a trend never before seen in MLS. The prolific English goal scorer. Add on Jermain Defoe’s eleven goals this season over a limited number of games, and the English are suddenly dominating the score sheet.

Defoe’s eleven goals put him in the group of MLS players with double-digit goals in 2014. There are 25 players with ten or more goals heading into the final weekend, with a strong likelihood that number will grow before proceedings close on Sunday.

If that seems like a large number, it is. It’s the most ever in one season. The previous record was 19, set back in 1998. 19 double-digit goal scorers in a twelve-team league is astounding, though 1998 was something of an outlier for the goals in Major League Soccer history. The goal totals of the ‘98 LA Galaxy (85) and DC United (81) are the top two team totals in league history.

Unlike the goal record, which has been under threat multiple times in recent years, the MLS assist record isn’t in danger of falling. Carlos Valderrama had 26 assists during the 2000 season for the Miami Fusion. No other player in MLS history has finished a season with more than 19. That’s the number Landon Donovan has entering the LA Galaxy’s final regular season game.

Setting up a goal against the Sounders could not only help the Galaxy win the Supporters Shield and secure the top seed in the Western Conference, it would make him the only player to get to beyond the teens in a single campaign. It would also add to Donovan’s MLS career assist total, increasing the record number he set this season.

Facilitators of goals are having a year nearly as good as the scorers themselves, a natural thing considering the relationship between assist and goal. Donovan is well ahead of the pack in the assist column, but three different players – Diego Valeri, Robbie Keane, and Thierry Henry – have 14 assists with a game to play. That total would be good enough to lead MLS last season.