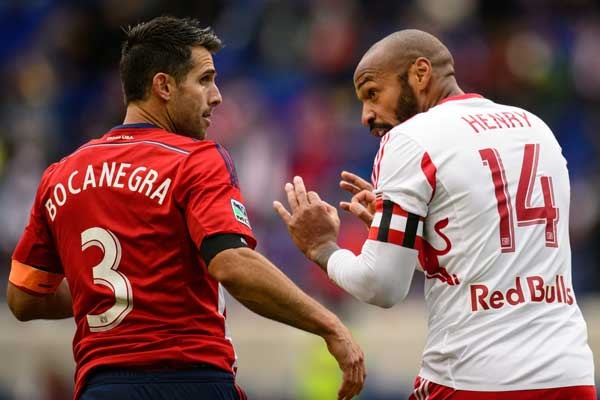 By J Hutcherson – WASHINGTON, DC (Oct 2, 2014) US Soccer Players – With news that one MLS club is likely going on hiatus and that another might be looking for a buyer, Major League Soccer finds itself in an interesting situation. One thing the league has had since 2001 is stability. The only club to move went from 5th-place finisher in San Jose in 2005 to MLS Cup winner in Houston in 2006. Multiple rounds of MLS expansion didn’t fail the way it did with Miami in 1998, with that team out of MLS by 2001.

Certainly, there’s a strong argument that maybe it should’ve. The history of Chivas USA is the example for MLS overreaching with a concept that, depending on who is telling the story, either never caught on or didn’t get the support it needed. Either way, Chivas USA serves as a counterpoint to the MLS expansion era.

There are some who would argue that Chivas USA might not be alone in that category. Some of the other expansion teams aren’t exactly moving from strength-to-strength, asking a question MLS would prefer not to answer. Is it really a success adding more mid-tier teams to a league already full of them?

From an expansion fee point of view, it is. There are also the added opportunities for American professional soccer players. Neither of those things requires the specific expansion moves MLS makes. The choices the league continues to make with expansion markets aren’t necessarily the best.

That’s part of the expansion gamble. Any league tries to find the places on the map that serve the its overall vision and can deliver. That’s also where leagues with more resources than MLS might not necessarily have failed, but certainly created issues they would’ve preferred to avoid.

With MLS, that’s in its two biggest markets by population size. Let’s draw a distinction here. The New York City and Los Angeles metropolitan areas are everybody’s biggest markets in the United States. That’s a given, since they’re first and second in population. However, that doesn’t mean they’re the biggest markets for a given sport. Boston is in the conversation for biggest market in most sports leagues in this country. For MLS, the biggest market is Seattle with everybody else lining up behind. That includes the LA Galaxy, a fair pick for second-place even though the greater LA metro area is 2nd to Seattle’s 16th. By market size, Cleveland is bigger than the top city for MLS.

That doesn’t mean very much when people will pay to see the Sounders in large numbers. In fact, it subverts almost everything we thought we knew about MLS from only a few years ago. Soccer-specificity where the land is cheap hasn’t worked in the Chicago, Denver, Dallas, or New York metropolitan areas. There’s a growing argument that Philadelphia should also make that list.

Instead, and following the lead of other major leagues, building a stadium closer to the center of a metropolitan area is now the goal. With Seattle, Vancouver, and eventually Atlanta, they don’t even have to be purpose-built soccer stadiums.

Imagine how the soccer-specific suburban clubs felt about that MLS innovation. The scope of the league changed, it happened quickly, and it made several clubs seem antiquated. What if it happens again?

MLS stability is almost a given. There’s a version of that Chivas USA story where MLS stuck with a struggling team because they were looking at it long-term. After all, if MLS was quicker to advise an investor/operator to close up shop, there’s a long list of clubs that might not exist. The destabilizing impact of club closures or relocations could’ve toppled the league. Instead, MLS pressed on even when it meant adding to their problems.

The reward is Sporting Kansas City, a club that didn’t necessarily revive itself but instead re-created what soccer means in its market. The problem is a number of clubs that barely need critics to scratch the façade before revealing themselves as significant issues. There are the suburban clubs for a league that is now city based. The cities that seem to have no real interest in getting a soccer stadium built in places MLS wants to be. The foundation teams from 1996 that have never really worked out their problems.

Added to this are the rounds of expansion. Nobody enters a league with an expansion team expecting to exist around the league average for attendance, tightly controlling a limited budget, and hoping against hope to one day make the playoffs. MLS moved against that by ‘promoting’ a series of clubs that already existed in the lower divisions. That included their greatest expansion success story in Seattle and their Pacific Northwest rivals in Portland and Vancouver. However, it also included Montreal – a team not living the expansion dream at the bottom of the Eastern Conference.

Orlando City joins MLS next season as another existing club moving to the topflight. Some of the future expansion targets linked with an MLS move also already exist in the lower divisions of American soccer. It’s a model that has a high rate of upside for MLS, but it’s not perfect. Neither is the idea that the two biggest metropolitan markets in the country can support two teams.

It’s not just Los Angeles. MLS has never worked at the level its original promoters expected in the New York region. The MetroStars took their name from its original investor/operator’s media conglomerate, but the NY/NJ part might as well have been a statement of purpose from early MLS. Regional teams made sense, especially in a place like New York where nobody was building a soccer stadium in Manhattan then or now.

For years, there were rumors that a shadow NYC team existed for MLS. Someone held the rights, and eventually NY/NJ would have a true NYC team and a NJ team. Good for the league, splitting a mammoth fan base and creating a soccer capital like other major world cities not called Paris. The actual NY/NJ franchise turned this into a bigger issue by utterly failing to create a market for the MLS brand of soccer that scaled to such a huge population base. That’s what happens when your team can’t draw over 20k a game in a market with over 20m people.

MLS isn’t the Bundesliga. There’s no history of community clubs in a league designed around a business model. Corporate backing for the MetroStars turned them into the Red Bulls and got them a stadium. That was a win for MLS then and now, a solution to a problem that hampered the league in the biggest media market in the country and the world. It’s tough to sell your brand when its New York franchise doesn’t work.

One answer was to pour league resources into the New York market for the mutual benefit of all the clubs. Grow the New York market, and MLS grows its appeal. Another was to lean on that old idea that the slash between NY/NJ meant something and try all over again in NYC. With NYCFC starting play in 2015, we already know which way the league leaned.

What NYCFC and the other MLS team in LA represent is a counterpoint to what we thought we knew about the MLS expansion model. MLS is expanding with two ideas, if not ideals. There are markets where soccer in general works. We know that from lower division success and an already existing identity and fan culture. We know that moving that to MLS will add numbers. We also know that those markets are the right size to pick up local interest. There’s also normally not the high level of competition from other sports.

Then there’s New York City and Los Angeles. MLS can’t resist the idea that they can push professional soccer into the limelight in both of those markets. The question for the future of MLS isn’t just whether or not the league even works in NYC or LA. It’s if MLS can put so much effort and resources toward the two biggest cities in the country while making sure they do enough to maintain interest in the real American soccer cities.