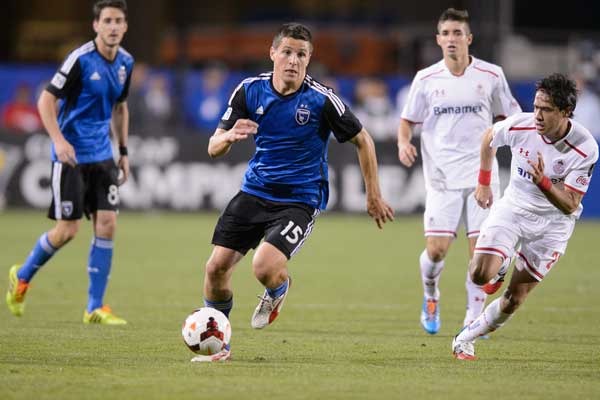 By J Hutcherson – WASHINGTON, DC (Oct 7, 2014) US Soccer Players – The better question might be does Liga MX want an American future? For years, Mexico’s topflight has been the best supported league in the United States by the only metric that matters. We’re talking about TV ratings, not stickers on car windows or replica shirts.

Liga MX dominates the American soccer TV ratings in a way the mighty European leagues don’t. UniMas and Univision Deportes top the table for club soccer in the USA. Rather than a cavalcade of European games or the big money competitions like the Premier League and Champions League, they show Liga MX.

A report on the Broadcasting & Cable website made Liga MX’s position in the US TV landscape clear. “Liga Mexicana Futbol ranks as the most-watched soccer league in the United States among key demos, besting all other soccer leagues on all other networks, regardless of language.”

This isn’t news to anybody paying attention to professional soccer in America. The Mexican National Team and Mexican clubs draw well here on TV, setting a standard that other leagues aren’t matching. Yet, there’s a disconnect between those ratings and how Liga MX clubs are treated by the mainstream sports media.

It’s in the mainstream where the European leagues have taken considerable steps. Whether it’s getting those games on network television or included in highlight shows, there’s never been a more mainstream moment for European clubs. That hasn’t meant very much for the clubs more Americans choose to watch on television.

Not that Liga MX is content with being a Spanish-language experience for the American soccer fan. ESPN2 broadcasted Liga MX games in English during the 2014 Clausura. That experiment didn’t last the season and it didn’t carry into the 2014 Apertura. The general lack of interest in the CONCACAF Champions League and the Copa Libertadores in the USA means those games aren’t likely to help push Liga MX clubs any further into the mainstream of American sports.

That’s a shame for quite a few reasons. The obvious one is playing out their existence this season in MLS. The intention with Chivas USA was directly linking MLS to Liga MX, connecting fan bases that might otherwise ignore each other. Like with most things in the MLS era, there were earlier attempts to do something similar. The LA Salsa planned to play in the Mexico second division back in the mid-90s with promotion to the topflight the goal.

MLS itself tried to strengthen the link with Mexico’s clubs through linkups like the Chicago Fire and Morelia and the creation of the SuperLiga. As the thinking went, if Mexican clubs were playing friendlies in the USA they might as well play MLS clubs. For some reason, most MLS fans weren’t interested in SuperLiga. Apparently, mid-tier teams from both leagues playing a tournament with no heritage or prestige didn’t appeal. It’s probably worth noting that the Salsa tried that to, launching the “United We Are” series with Mexican clubs in the Fall of 1994.

The bigger rumors linking Liga MX to the kind of cross-boarder expansion MLS did in Canada come and go. There’s an obvious difference between those two examples, one FIFA raised back in the era of the Salsa when they tried to play in Mexico’s league. Had that plan gone through as designed, LA and San Jose would have had teams in Mexico’s second tier with a promotion path. Instead, FIFA established a territorial boundary between Mexican and American soccer that doesn’t exist between the USA and Canada.

That did nothing to stop the touring schedule. Though it’s now more identifiable with the big European clubs visiting North America on summer break, Mexican clubs deserve credit for establishing the US soccer market when there was no recognized first division here. Mexican clubs came often enough to California, Texas, and Chicago that it was possible to see most of the league’s top clubs on a regular basis. That should’ve helped build familiarity for a league easily available on over-air television in most major US markets.

Yet, here we are twenty years later with the same familiarity issues. We all know that Liga MX clubs are capable of drawing incredible ratings by American soccer standards. There are direct connections to Liga MX clubs through USMNT players in their squads. American soccer fans would have to go out of their way to not know very much about Liga MX due to the familiarity from USMNT vs Mexico games. Still, there’s the disconnect.

For whatever reason, that disconnect tends to overlook or downplay the next step for Mexican club soccer. Liga MX is the market leaders for watching club soccer on television in Mexico and the United States.

Should Liga MX fully commit to the broader US market, any gains they make only add to what Mexican club soccer has already accomplished here. This is as important as MLS expansion and the continued relevance of European teams for what professional soccer can achieve in the United States.