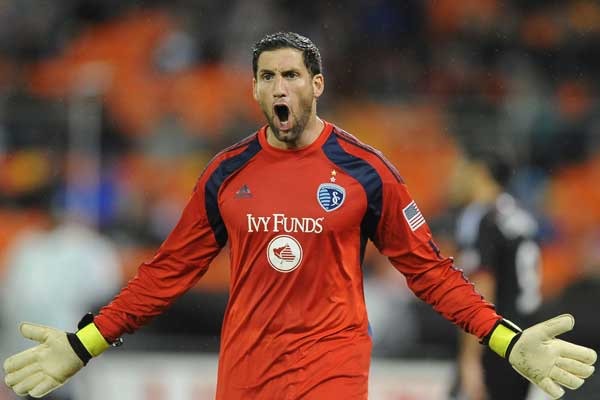 By Tony Edwards – San Jose, CA (Oct 21, 2014) US Soccer Players – Without a pause before the MLS playoffs start on Wednesday, there isn’t much time for analysis or a building of anticipation. If you can get to Frisco or Harrison, on a school/work night, the league thanks you. It’s been said before, but cutting the schedule by a few weeks to avoid the busiest time of the North American sports calendar still isn’t a bad idea.

As we look to tomorrow and Thursday, the song remains the same as previous years in MLS. Teams get a couple of days to sell tickets to an elimination game and broadcast partners look at their available slots and shrug their shoulders. MLS got lucky, in a sense, this season. Sporting Kansas City plays the day after the World Series ends. For those of you so soccer-specific that you don’t know, the Kansas City Royals are playing for a title.

That said, MLS rushed two announcements that do two intriguing games no favors. Chivas USA didn’t get 24 hours into the offseason before MLS closed up shop, and Sporting Kansas City won’t be playing in the Eastern Conference next season. Why MLS chose to make that the story leading into the knockout rounds is a good question. There’s enough competition in the whirlwind of other North American sports news without deciding to make unrelated news yourself.

If you’re the Seattle Sounders, you might’ve expected at least a couple of days of being the story in MLS. After all, Seattle is the Supporters’ Shield winners.

With the Sounders claiming the Supporter’s Shield this weekend, the question becomes, where do they rank among recent Shield winners? It’s easy to rank them ahead of the 2013 New York Red Bulls and the 2012 San Jose Earthquakes, but then you come to 2011 and the LA Galaxy.

This year’s Sounders did reach the 20-win mark. The Galaxy had 19 in 2011 and there were three teams in the Western Conference that year with eight or fewer victories. Seattle this year had a goal difference of +15, while that year’s Galaxy had +20. LA only conceded 28 goals that season, compared with the 50 Seattle gave up this year.

Seattle has already won two of the three prizes up for grabs. They also held off the Galaxy with organized defensive performances in these last two games. Lining up the recent Supporters’ Shield winners, Seattle is in the top half, certainly, but probably not top five. In no order, that’s the 1998 Galaxy, 2011 Galaxy, 2001 Fusion, 2004 Earthquakes, and 2008 Crew.

What is noticeable in looking at the final standings is that there is only one team with 12 wins that didn’t make the playoffs this season. The Portland Timbers get that ignoble distinction. In 2013, there were five teams (Chicago, Philadelphia, Columbus, San Jose, and Vancouver) who won at least 12 games and didn’t make the playoffs.

Doesn’t that mean MLS was more competitive this season? Maybe, but last year, there were two clubs with goal differences of -37. Chivas USA’ late season form meant they ‘only’ had a -33 goal difference this season. Montreal’s -20 was the second worst.

What this means is that the bottom raised, slightly. That’s especially true in the Eastern Conference. There were more teams staying competitive longer in the East this season. Eastern teams like Toronto and Philadelphia didn’t have a bottom-dweller to feast on. In fact, of Philadelphia, Toronto, and Chicago, none of them registered two wins this season against Montreal.

That didn’t happen often enough this season for either Sporting Kansas City or the New York Red Bulls. Both have to look at the Knockout Round as an opportunity, not a consolation prize. It’s a cliché, but if Thierry Henry is on his game, and Sunday’s performance means Bradley Wright-Philips is on form, it could be very difficult for the visitors.

Vancouver is rightly getting praise for holding their nerve as the season closed, but they remain a work-in-progress. Dallas might be to, but the gulf between the teams feels greater than four points. Dallas’s goal differential of +10 and 55 goals scored compared with +2 and 42 for Vancouver (plus a -6 GD on the road) suggests Vancouver will need another disciplined performance to advance. For most MLS teams in 2014, a disciplined performance in one game with the season on the line is a lot to ask.