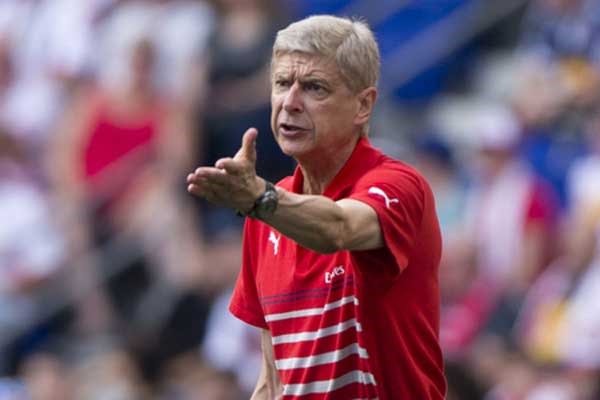 For Thursday’s soccer news roundup, we look to Arsenal manager Arsene Wenger and a lesson in what happens when a team is noticeably faster than the opposition. Also in the soccer news, FIFA faces not only pressure but litigation in an attempt to force a change from artificial turf to grass for the Women’s World Cup.

In the era of advanced statistics and soccer, it’s always interesting to hear a coach point to something obvious to anybody watching. The big reason Arsenal beat Galatasaray 4-1 in the Champions League on Wednesday was because Arsenal played quicker. At any level, a speed disparity makes adjusting difficult. For Arsenal manager Arsene Wenger, that was the story of the game.

He’s not wrong, of course. Arsenal overran Galatasaray in a way that made goal difference in the overall group as important as trying to mount a comeback. All teams play two games here, the one on the field in front of them and thinking about the group as a whole. Too many goals conceeded on a forgettable night can mean the difference between a 3rd-place landing in the Europa League and an end to European soccer before New Year’s.

“You never know how difficult it is before the game but I felt we had a good start. They were surprised by our pace in the game. We lost control of the game at 4-1 when we were down to 10 men. We needed a few good saves from David Ospina and then you could see that Galatasaray had quality. As soon as we allowed them to play they became a very dangerous team. Maybe at the start of the game, and the first hour, the pace was a problem for them.” Arsenal manager Arsene Wenger.

Landon Donovan reflects, embraces future options as iconic career ends – from SI.com’s Grant Wahl: “I have all these things I’ve always sort of wanted to do, and now I have the opportunity to just try them and see what resonates.”

Union faces its latest must win - from The Philadelphia Daily News’ Jake Kaplan: “We’ve got to just focus on what’s in front of us and that’s the Chicago game.”

Women’s World Cup players committed to legal case against use of artificial turf – from Fox Sports’ Leander Schaerlaeckens: The coalition of players and its alliance of lawyers have argued that making women play a World Cup on artificial turf, when men would never be asked to, is a form of gender discrimination.

Women’s World Cup 2015: Players sue over synthetic pitches – from BBC Sport’s Frank Keogh: Fifa told BBC Sport it has “not been officially contacted on the matter” and could not comment, while the CSA said in a statement: “Our lawyers will be reviewing any and all applications or information related to this”

What’s eating Dillon Powers? Colorado Rapids seek remedy for Rookie of the Year’s inconsistency – from MLSsoccer.com’s Chris Bianchi: The frequent shifting appears to have taken a toll on his offensive production….

Davy Arnaud of D.C. United has parlayed grit into long MLS career – from The Washington Post’s Steven Goff: “We are a different team when he is not in there,” Coach Ben Olsen said.

THROWBACK THURSDAY – ROY WEGERLE, CAREER ACHIEVER – from NASL.com’s Jason S Rufner: “To be selected by the U.S., it obviously was a big honor.”

Michel Platini wants Fifa World Cup report to be made public – from BBC Sport: The growing clamour for publication follows Conservative MP Damian Collins’ request to the Serious Fraud Office for a copy of the report because it could lead to criminal charges.

Dreams to Dust: Life After Football for the Future Stars Who Never Quite Made It – from Bleacher Report’s Andy Mitten: “I was mentally strong, but I could see how people become overwhelmed at Barca.”