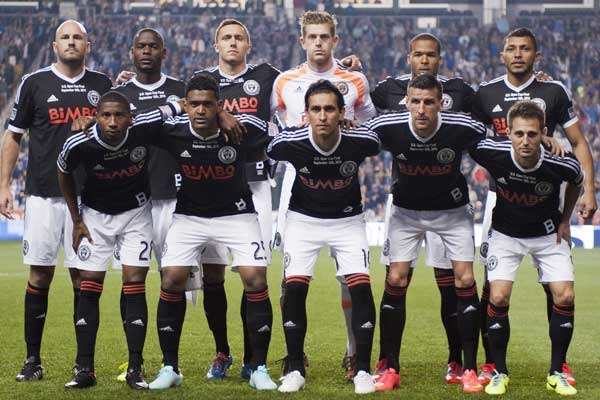 By Jason Davis – WASHINGTON, DC (Oct 22, 2014) US Soccer Players – Pity the fan of the dysfunctional MLS club, if only for the salient fact that it’s nearly impossible to know who to blame when things go wrong.

Losing is hard to take. Missing the MLS playoffs despite high expectations is not easy to stomach. Yet, when fans turn to the only tool at their disposal outside of boycotting games – calling for the ouster of the person responsible – they’re often trying to figure out opaque club hierarchies that make is difficult to know where to focus their anger.

Consider the situation in Chester, where the Philadelphia Union faithful hunt for scalps after a disappointing, playoffs-less season. The man currently facing the brunt of the disgust is CEO Nick Sakiewicz, a veteran MLS executive now with his third MLS club. Sakiewicz, fans assume, deserves the heat for a host of strange decisions that ultimately led to the Union finishing seventh in the Eastern Conference and missing the MLS playoffs for the second year in a row.

Sakiewicz isn’t taking the slams lying down. In what reads like a bid to clear his name, the former Tampa Bay Mutiny and New York Metrostars executive outlined, in specific detail, which of the club’s moves can be pinned to his ledger sheet, and which should be attributed to others.

“Right now, Jim Curtin makes the final decision on players. [Technical director] Chris Albright is in charge of scouting and recruiting and negotiating contracts,” Sakiewicz told CSNPhilly.com’s Dave Zeitlin, before explaining that ownership discusses all potential signings. It here where it’s important to note that Sakiewicz represents ownership in most club matters, and that Curtin and Albright took over their current positions halfway through the season.

Rather than give any real insight into the workings of the Union, Sakiewicz’s public self-defense only serves to muddy the waters. In essence, what the Union CEO is saying is that there is even with a nominal division of duties behind the scenes, ultimate responsibility is a nebulous concept. Any action taken regarding the product on the field will be of unknown provenance—unless otherwise explained.

Sakiewicz’s claim to have no hand in player personnel decisions is interesting in light of reports to the contrary by those who cover the team day-to-day.

This puts fans back to square one, with the only option being to train their disapproval on Sakiewicz because he sits the top of the pyramid. If nothing else, Sakiewicz played a role in the turnover at the two positions he identified as key to the success of the team on the field. The buck stops at Sakiewicz, because Sakiewicz’s position is entrenched and because calling for the ouster of the coach and/or technical director so soon after the positions turned over makes little sense.

The more various club figures talk, especially outside of their supposed purview, the more difficult it is to believe that the internal workings run smoothly.

Philadelphia is not at all unique when it comes to these issues of internal structure. Teams around MLS foster confusion when it comes to who does what within organizations, from Montreal to Chicago to the soon-defunct Chivas USA. It’s probably no coincidence that the clubs with convoluted structures are often those who fail to make the postseason.

Rarely is this an intentional attempt to confuse the fans. Rather, it’s usually a function of ownership who either A) has no clear notion of how to run their club or B) waffles between various setups hunting for something that works.

The LA Galaxy has a system. Bruce Arena has sole control over the first team. Galaxy president Chris Klein runs all of the soccer operations that don’t fall under that heading. The whole world understands their jobs. Then there are the handful of clubs who not only turn over the head coach position, but find it necessary to fumble with the notion of a “General Manager”, “Director of Soccer” or “Technical Director.”

The lack of consistency between those titles almost strips of them of meaning. One team’s “Director of Soccer” is another’s “Technical Director” and vice versa. Morphing job descriptions, within the same club, in short time frames, sow the seeds of inefficiency. The nature of the sport means the man roaming the sidelines one year might not be the same man roaming the sidelines the next. What causes problems for MLS clubs is the ripple effect replacing a coach causes through aspects of the job not directly related picking a lineup or setting a formation.

It’s about stability, not just in the people holding the jobs, but in the way the club operates.

Which brings us back to the fans, the people for whom all of the organizational shell games are most maddening. Not only do they typically lead to less-than-stellar teams for the fan to support, but it prevents stability, and worse, accountability. Should the fans go for the easy target and pressure the head coach, it might not actually make any difference if he loses his job.

It’s in the eye of the beholder just how much power the voice of the faithful should have in these situation. However, as the fans are the lifeblood of any club and sports operate with a responsibility to the public trust, they deserve better than misdirection and blame shifting.

England’s long tradition of an all-powerful manager with control over game day, transfer policy, and the outward messaging of the club has plenty of drawbacks. In the modern game, the job is simply too big. Clubs in that country are moving to a division of duties, and rightfully so.

Let’s say this for the kingpin manager. At least you knew who to blame when the star player left, when a signing didn’t work, and when everything went wrong.