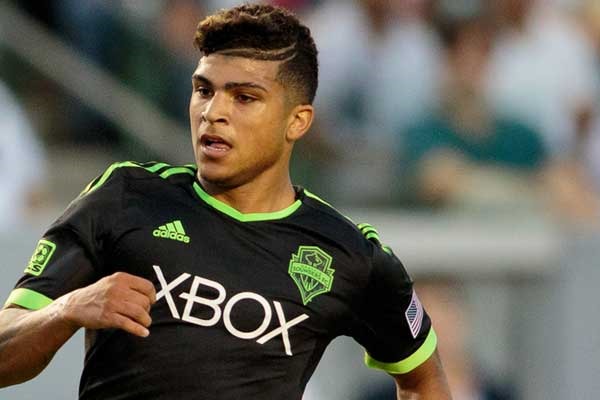 By Charles Boehm – WASHINGTON, DC (Oct 28, 2014) US Soccer Players – With the lessons of another World Cup adding to decades’ worth of recurring reminders about its importance for genuine global competitiveness, the US soccer community is – for the moment, at least – paying more attention than ever before to youth development.

Bayern Munich prospect Julian Green swooped into the World Cup squad in similarly unheralded fashion. In doing so, he highlighted the nagging gap between the typical European and US timetables for grooming pros along with the value of U.S. Soccer’s German connections.

MLS now claims to spend more than $20 million a year on youth and academy programming, much of it dovetailing with the US Soccer Federation’s already-substantial investments. This fall the federation is set to unveil what sources tell USSoccerPlayers.com are “big structural changes” to the youth national team system. That’s likely to include talent identification at even earlier ages and more defined metrics for tracking the effectiveness of player development techniques.

Even now, with the inefficiencies of the incumbent youth system repeatedly exposed and analyzed, unsettling questions remain.

Youth national teams at the U-17, U-20 and U-23 (Olympic) levels have failed to reach their age group’s world championship events in recent years. The number of players who’ve risen through the MLS Homegrown process to find regular playing time with the senior national team – or even just for their clubs’ senior teams, for that matter – remains worryingly small.

That initiative’s most prominent alumni, former MLS Rookie of the Year and recent UEFA Champions League goal scorer Andy Najar, isn’t even a US international. Najar chose to represent his native land, Honduras, rather than wait for US citizenship.

Burrowing down even further: In August US Soccer unceremoniously reassigned former US National Team star Hugo Perez away from his U-15 boys national team head coaching post. That prompted a low roar of rumors about why one of the youth system’s most respected coaches and talent sculptors would see his role reduced while others didn’t.

On Monday, the news of Chivas USA’s demise after 10 star-crossed MLS seasons included a stunning revelation that should alarm observers of all stripes. The SoCal side’s youth academy, the main (only?) feather in that club’s cap, will also close at the end of the current U.S. Soccer Development Academy season next spring.

Why does the youth arm of MLS’s luckless, unloved orphan matter in the grand scheme of things? One brief example: The 48-player group called in to the first camp of the new U-15 national team cycle included three current Chivas USA prospects. Seven kids on the roster have spent meaningful time under Goats academy coach Brian Kleiban and his staff over the past four years.

Kleiban’s work has turned heads across the nation’s coaching community. But apparently neither the MLS franchise’s new owners nor the league office see enough value in the Chivas USA academy to keep it funded and functional in the country’s richest region of talent during the two-year hiatus before the club is relaunched under a new aegis.

So, are we really moving forward in the right direction?

Now we want to hear from you: What’s your take on the current state of affairs in US youth development? Share your thoughts below and let’s get the conversation going…